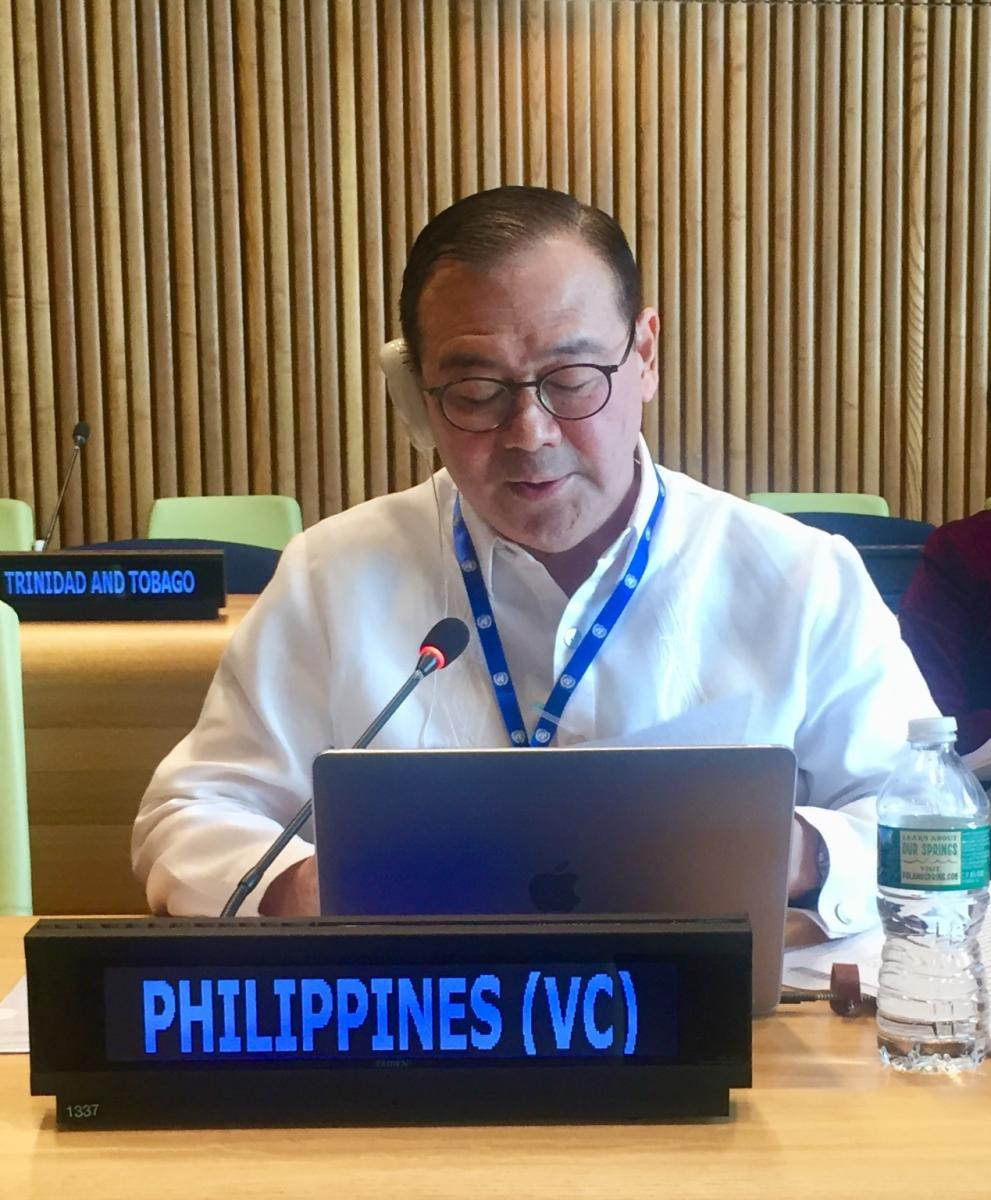 NEW YORK, 04 October 2018 – The Philippines addresses terrorism and violent extremism though a “whole of nation” approach, and affirms its rejection of “terrorism in all its manifestations wherever, by whomever, and against whomsoever committed—and whatever the excuse.”

At the United Nations General Assembly’s annual debate on the “Measures to eliminate international terrorism,” Ambassador Teodoro L. Locsin Jr., Permanent Representative of the Philippines, underscored that “terrorism is a global problem no country can tackle alone. The fight against terrorism should unite us all. Foreign terrorist operations do not recognize borders.”

The Philippines called on the international community to urgently adopt a Comprehensive Convention for Combating International Terrorism. The proposal for a Convention has been debated in the Legal Committee for over 20 years, but countries have yet to agree on a common definition of “terrorism.”