PHILIPPINES: THE TIME FOR CLIMATE ACTION IS NOW 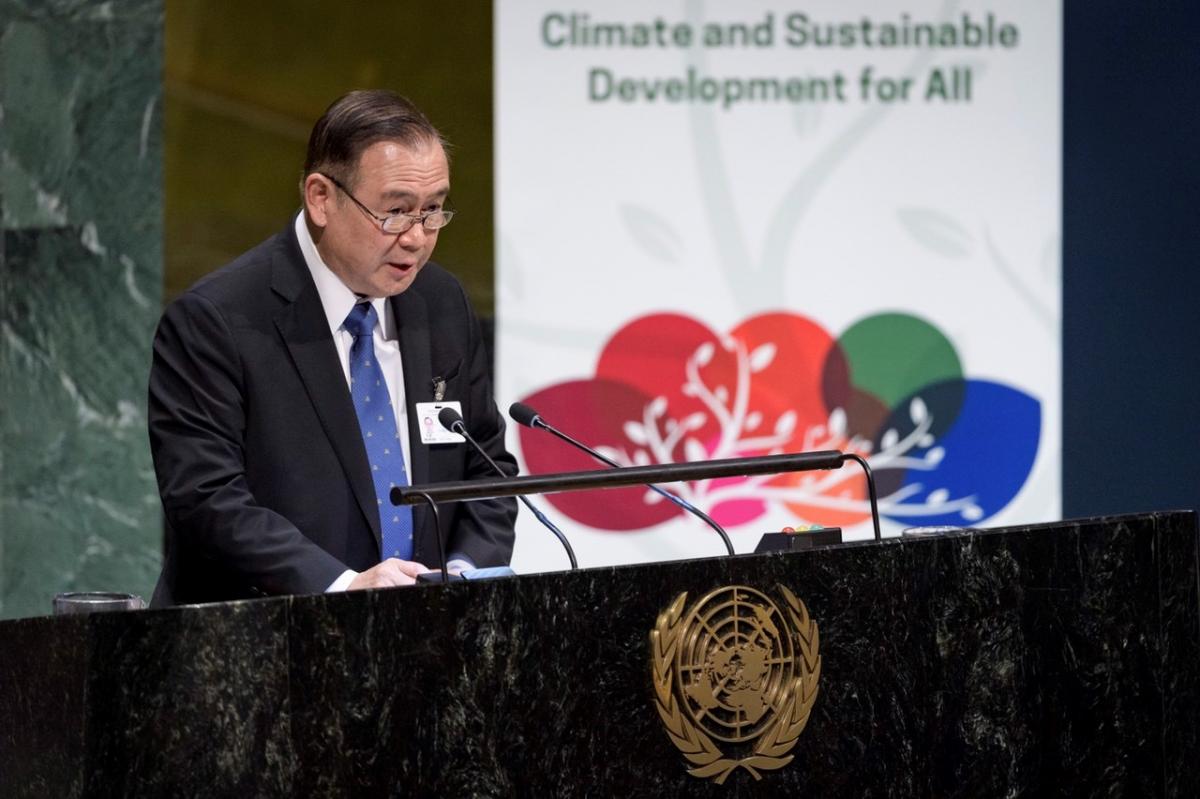 28 March 2019, New York – “If climate action does not measure up to what is needed, we all face the same fate of diminished existence or extinction altogether.” This was the message stressed by Secretary of Foreign Affairs Teodoro L. Locsin Jr. at the United Nations High-Level Meeting on Climate and Sustainable Development for All.

Secretary Locsin stressed that climate change is happening, its effects as bad as anticipated and faster than estimated. He noted that while the Philippines has put in place effective programs for more accurate and integrated disaster anticipation, prevention and adaptation in order to cope with climate change, what is needed is action by the major carbon-emitting countries.

“If the most capable and able will not do more to slow and halt climate change, most will eventually stop talking about it and let climate change run its full and fatal course: in the desertification or inundation of our planet; the starvation and extinction of populations; and the end of everything worthwhile attained by human ingenuity.”

The High-Level meeting was convened by Mrs. Maria Fernanda Espinosa Garcés, President of the 73rd Session of the General Assembly to highlight interlinkages between climate and the Sustainable Development Goals and to promote an intergenerational approach to climate action. The theme of the meeting was Climate Protection for All: Protection of the Global Climate for Present and Future Generations of Humankind in the context of the Economic, Social and Environmental Dimensions of the 2030 Agenda for Sustainable Development.”