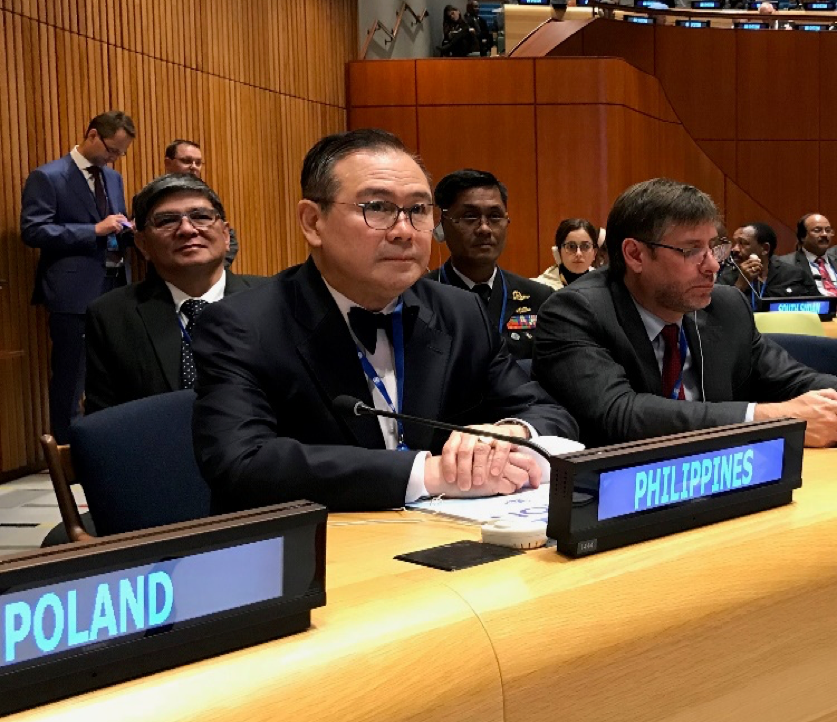 25 September 2018, New York City – The Philippines, along with 145 Member States, endorsed today the the Declaration of Shared Commitments on UN Peacekeeping Operations at the High-Level Event on Action for Peacekeeping (A4P) during the 73rd UNGA in New York.

At the same time, the Philippines renewed its commitment to support the UN’s peacekeeping operations, recognizing its important role in sustaining peace.

“Through the A4P initiative, the Philippines stands in solidarity with the community of responsible nations and remains steadfastly committed to contribute to UN Peacekeeping Operations, cognizant of their strategic contributions to sustaining peace,” Ambassador Locsin said in a statement.

An initiative of UN Secretary-General Antonio Guterres and launched at the Security Council Open Debate on Peacekeeping Operations last March 28, the A4P is a call for strong, collective and strategic-level commitments to address the political and operational challenges facing United Nations peacekeeping today.

In his remarks at the meeting, SG Guterres said that the A4P “aims to bridge that gap in three ways: by refocusing peacekeeping with more realistic expectations; by making our missions stronger and safer; and by mobilizing greater political support for solutions and for well-equipped, well-trained forces.”

The high level served as an opportunity to highlight the achievements that UN Peacekeeping has made as a peace and security tool and to reaffirm the Member States’ commitments to address pressing challenges in UN Peacekeeping Operations (PKOs).

“With over 50 years of peacekeeping operations, the Philippines has never faltered in its commitment to answering UN calls for peace and for investment in peace – even as the calls have evolved in a changing world,” Ambassador Locsin said.

Over 90 Member States delivered and submitted their respective national interventions expressing support for the A4P initiative within the context of the UN Secretary-General’s sustaining peace agenda. END