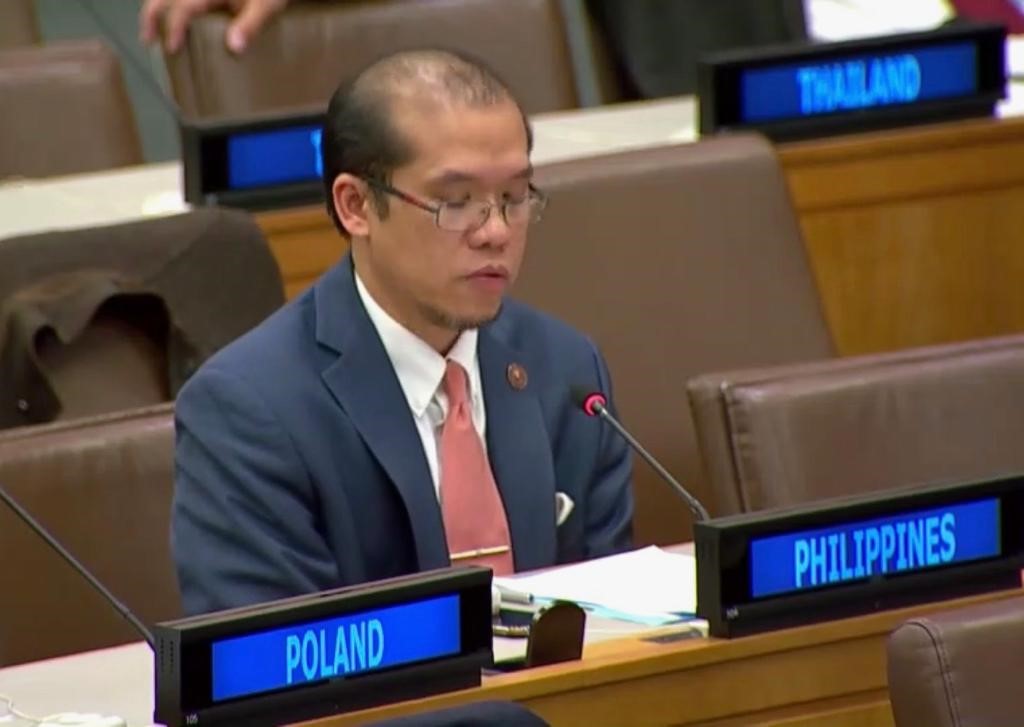 NYPM First Secretary Angelito Nayan conveyed the Philippines support for the UN Department of Global Communications (formerly, the Department of Public Information) as a “responsible messenger” of the UN, providing accurate, dependable, factual and reliable information during the Opening (41st) Session of the Committee on Information at the UNHQ.

Established in 1979, the Committee on Information aims to “to continue to examine United Nations public information policies and activities…in light of the imperatives of the new international economic order and of a new world information and communication order…”

“We commend the Department’s championing of multilingualism. An instance is the multilingual multimedia campaign launched jointly with the Department of Peace Operations (DPO) to enhance public recognition of the contributions of peacekeepers from troop- and police-contributing countries,” Mr. Nayan said.

“We also highlight the Department’s innovative ‘Global Media Compact’ initiative aimed at leveraging the power and influence of the media to create awareness and inspire action. A Philippine daily newspaper, the Daily Tribune, is one of the founding Compact members. It’s publisher and editor, Ms. Ninez Cacho-Olivares, was a fierce fighter for freedom under the Marcos dictatorship,” Mr. Nayan added.

The Department of Global Communications, in consultations with the Committee on Information, has launched strategies, implemented, and evaluated programs and activities with varying degrees of success and reception, covering a wide range of issues from social and economic development, climate change, human rights and the Question of Palestine; to decolonization, UN peace operations, counter-terrorism, migrants and refugees.

“The Philippines supports the work of the Committee on Information and the DGC to connect UN work with the international community in promoting the three pillars of peace and security, development, and human rights,” Mr. Nayan concluded.

National statements were delivered by 30 Member States and Observers including the Group of 77 and China, the European Union (EU) and the League of Arab States (LAS).  END