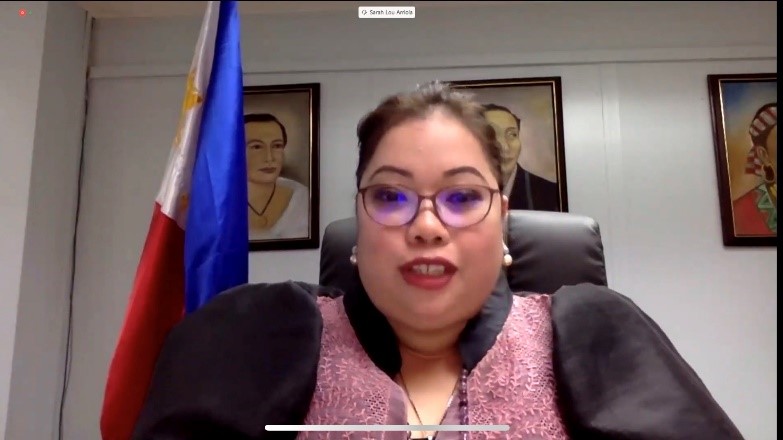 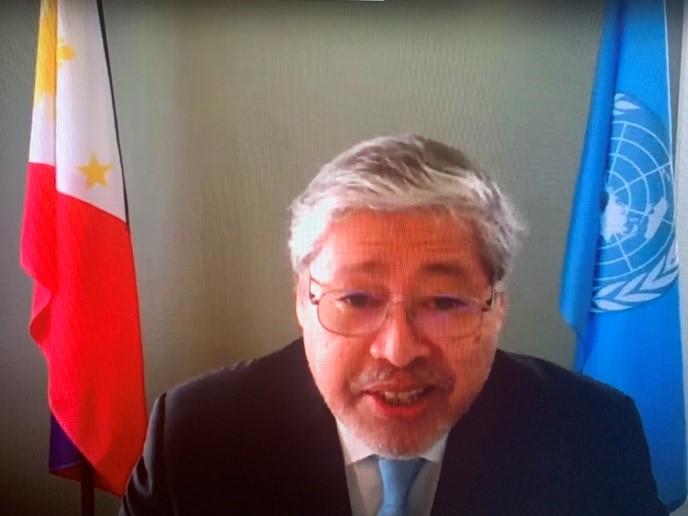 30 July 2020, New York – As panelist in the event to commemorate the World Day Against Trafficking in Persons, Undersecretary Sarah Lou Arriola of the DFA Office of Migrant Workers Affairs highlighted the Philippines’ response to the challenges and risks faced by migrants during the COVID-19 pandemic, including the risks posed by human trafficking. “While much of the world’s attention has been focused on the fight against COVID-19, let us not forget that traffickers and their cohorts have adopted and adjusted their business model to the new normal,” stated Undersecretary Arriola.

“The Philippine Department of Foreign Affairs has already facilitated the repatriation of 110,000 Filipino migrants, most of whom have lost their jobs due to COVID-19, and another hundred thousand are waiting to come home within the next month,” Undersecretary Arriola disclosed. “The Philippine government remains vigilant in the implementation of measures to prevent trafficking and to protect trafficking victims,” Undersecretary Arriola added.

At the same event, Amb. Enrique A. Manalo, Permanent Representative of the Philippines to the United Nations in New York, stressed the importance of partnerships in the fight against human trafficking. “For my government, this fight against human trafficking is a top priority…At home, government partners with NGOs and civil society. Partnerships at the global level are also essential,” Ambassador Manalo stressed.

The Philippines facilitates the resolution Trafficking in women and girls at the UN. The resolution highlights the importance of preventing trafficking and eliminating the demand that fosters it, prosecuting perpetrators, protecting and re-integrating victims, and building effective partnerships not only to eliminate human trafficking but also to empower women and girls.

The event was organized by the UN Office of Drugs and Crime and the Group of Friends United Against Trafficking.  END