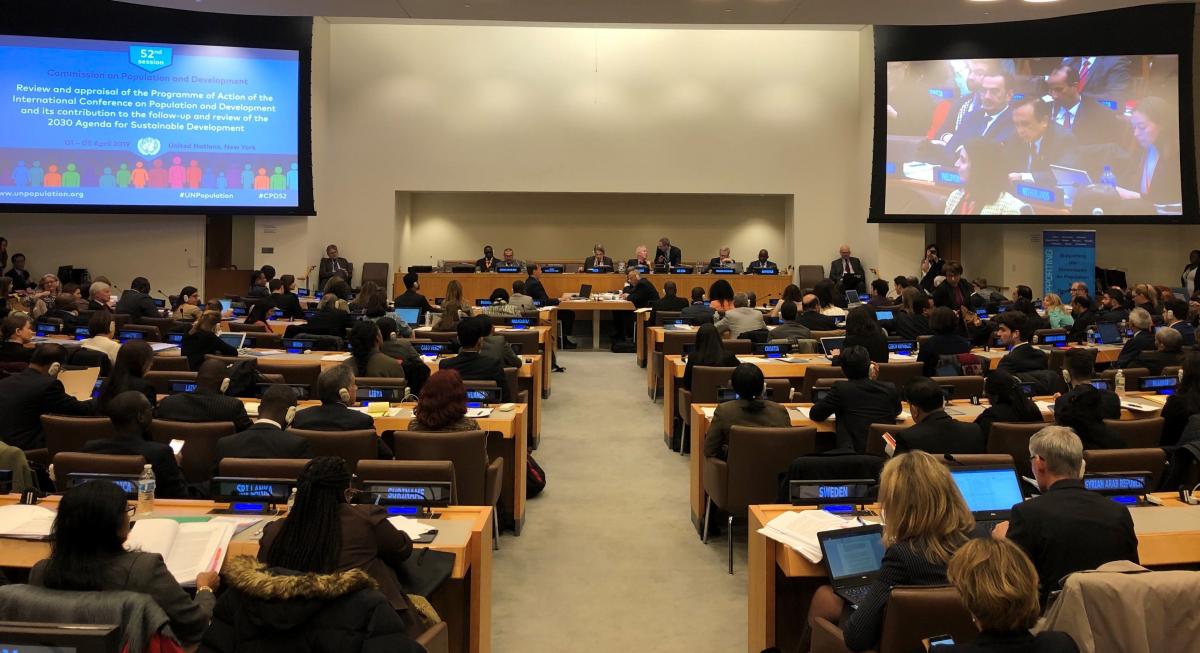 1 April 2019, New York –Secretary Ernesto M. Pernia of the National Economic and Development Authority detailed the Philippine government’s policies and programs on population and development and how these contribute to the achievement of the 2030 Agenda for Sustainable Development in the Philippines.

“Today, we are exerting earnest efforts to ensure that economic gains at the national level will translate to a better quality of life for all Filipinos, including, especially, the marginalized,” Secretary Pernia noted in his statement delivered at the 52nd of the Commission on Population and Development (CPD52) at the UN headquarters.

Secretary Pernia mentioned the issuance of Executive Order No. 12 series of 2017 to achieve and sustain zero unmet need for modern family planning by 2022; the inclusion of the full implementation of the Responsible Parenthood and Reproductive Health Law (Republic Act No. 10354) as one of the government’s priorities in the socioeconomic agenda; and the approval of the intensified implementation of the National Program on Population and Family Planning.

Secretary Pernia further informed the session of policy interventions to improve and develop the country’s human capital to full potential. He cited the recent enactment of the Universal Health Care (UHC) Law which mandates the enrollment of all citizens into the National Health Insurance Program, and its coverage to include free medical consultations and laboratory tests.  He also highlighted the K-12 program and the provision of free tuition and fees for tertiary students of state universities and colleges as significant education reforms that improve the educational status and skills of human resources.

Reaffirming the Philippines’ commitment to the ICPD, Secretary Pernia underlined that “Twenty-five years ago, we have signified our common vision to improve the sexual and reproductive health and rights of our people, in accordance with our laws, and to attain people-centered self-sustaining development through the ICPD Program of Action.”

Secretary Pernia heads the Philippine delegation to the 52nd Session of the Commission on Population and Development. Ms. Leila Lora-Santos, Career Minister and Second Committee Expert of the Philippine Permanent Mission to the UN, sits as Vice President for the Asia Pacific Group of the CPD52 Bureau.

The theme of this year’s session is “Review and appraisal of the Programme of Action of the International Conference on Population and Development and its contribution to the follow-up and review of the 2030 Agenda for Sustainable Development.” END