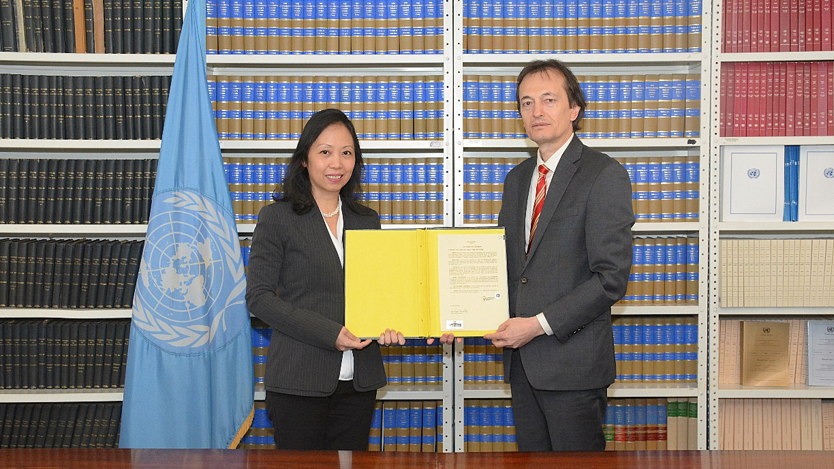 NEW YORK, 20 December – Ambassador Kira Christianne D. Azucena, Charge d’Affaires of the Philippine Mission to the United Nations, deposited the Philippines’ Instrument of Accession to the Framework Agreement on Facilitation of Cross-border Paperless Trade in Asia and the Pacific with Mr. Andrei Kolomoets, Officer-in-Charge of the United Nations Treaty Section. The Agreement lays out standards for relevant government trade regulatory and administrative agencies to facilitate electronic exchange of data, documents and other information between trading entities from State Parties. This is a measure aiming to boost sustainable progress in the region.

The Agreement was adopted on 19 May 2016 during the seventy-second session of the United Nations Economic and Social Commission for Asia and the Pacific (ESCAP) in Bangkok, Thailand. It is not yet in force. Per article 19 of the Agreement, it shall enter into force ninety (90) days after the date on which the Governments of at least five (5) ESCAP member States have deposited their instruments of ratification, acceptance, approval or accession to the Agreement. The Philippines is the second ESCAP member State, after Azerbaijan, to have made such deposit.