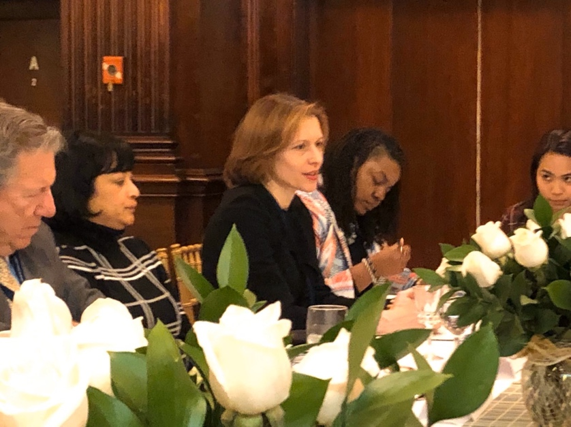 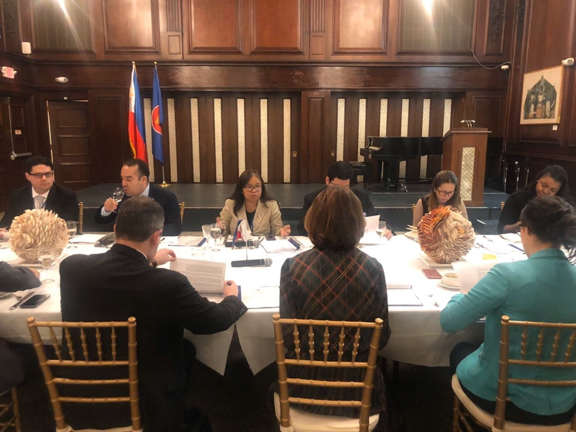 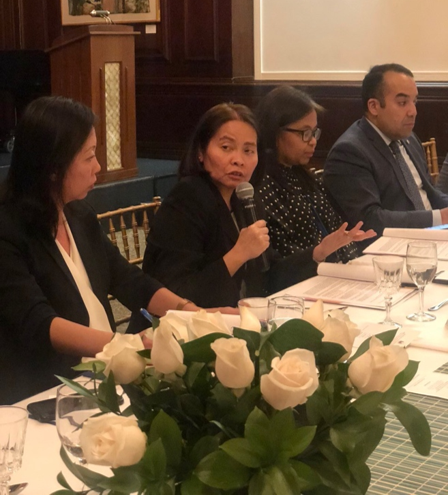 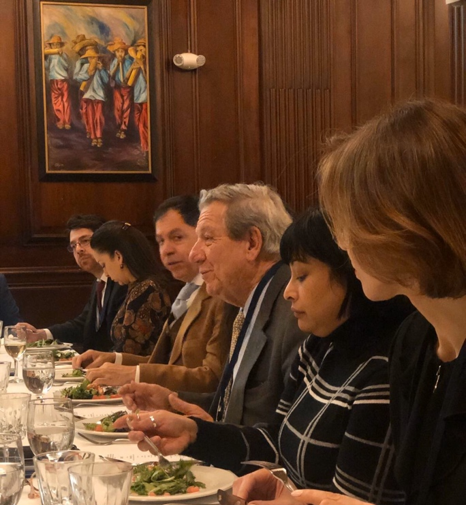 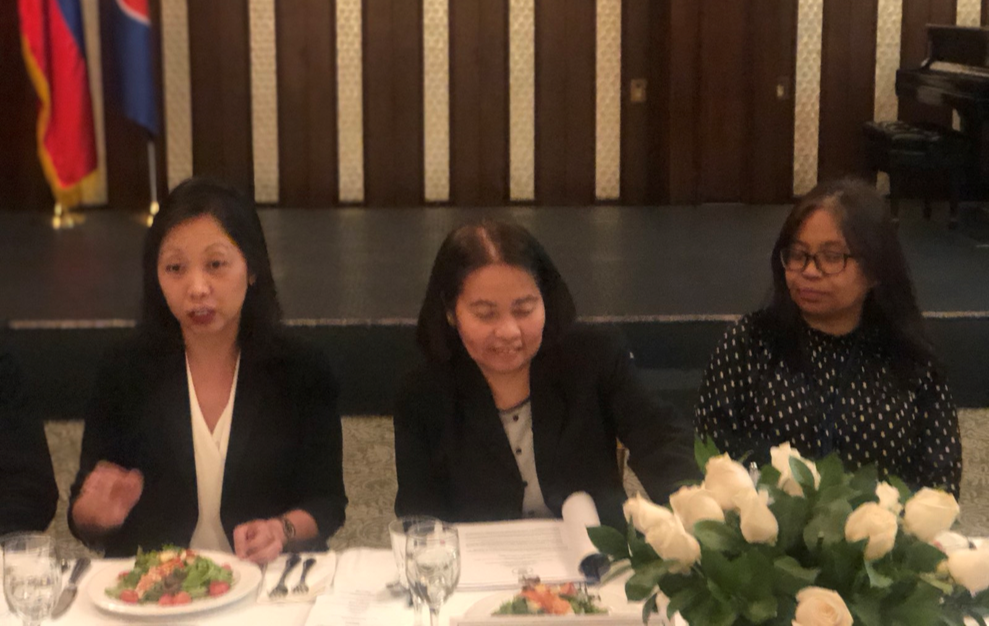 19 February 2020 – The Philippines, in its capacity as the Chair of the Like-Minded Group (LMG) of Countries Supporters of Middle-Income Countries (MICs), convened the first Ambassadorial and Experts’ Group Meeting of the Group on 14 February and 19 February respectively at the Kalayaan Hall of the Philippine Center in New York.

DFA Assistant Secretary Ms. Noralyn Jubaira-Baja chaired the Ambassadorial Meeting which discussed, among others, the work plan of the Like-Minded Group for the year 2020 to better position the concerns and realities of the middle-income countries in discussions at the United Nations, including the UN Development system (UNDS).

Assistant Secretary Jubaira-Baja underlined the importance of cross-regional representation in the Group, stronger engagement with the UN system and clear messaging of MICs’ challenges in championing the interests of middle-income countries in the UN.

The Group’s achievements since the assumption of PH as chair in September 2019 were also highlighted, namely the successful conclusion of the 4th Annual Ministerial Meeting of the Group held on 26 September 2019; the addition of Ecuador as the latest member of the Group; and the delivery of MICs Group Statements during the SDG Summit on 24 September 2019, UN South-South Cooperation Day on 12 September 2019 and the Second Committee Plenary General Debate on 07 October 2019.

The meeting further recalled the recent adoption by consensus of the Development Cooperation with Middle Income Countries Resolution (A.C.2/74 /L.67) which was co-coordinated by the Philippines and El Salvador on behalf of the Group of 77 and China. The resolution mandates the President of the General Assembly to convene a meeting during the seventy-fifth session of the General Assembly to discuss the gaps and challenges of middle-income countries in the implementation of the 2030 Agenda for Sustainable Development.

The Philippines assumed its Chairmanship of the LMG on 04 September 2019, succeeding Costa Rica who has been the chair of the LMG since its inception in 2016.

The LMG works together to highlight the significant challenges faced by middle-income countries in achieving sustainable development as well as to stress the need to better understand and address their diverse and specific development challenges through a country-context approach, so that the United Nations system can provide more efficient, effective, better focused and coordinated support to strengthen the efforts of these countries. END