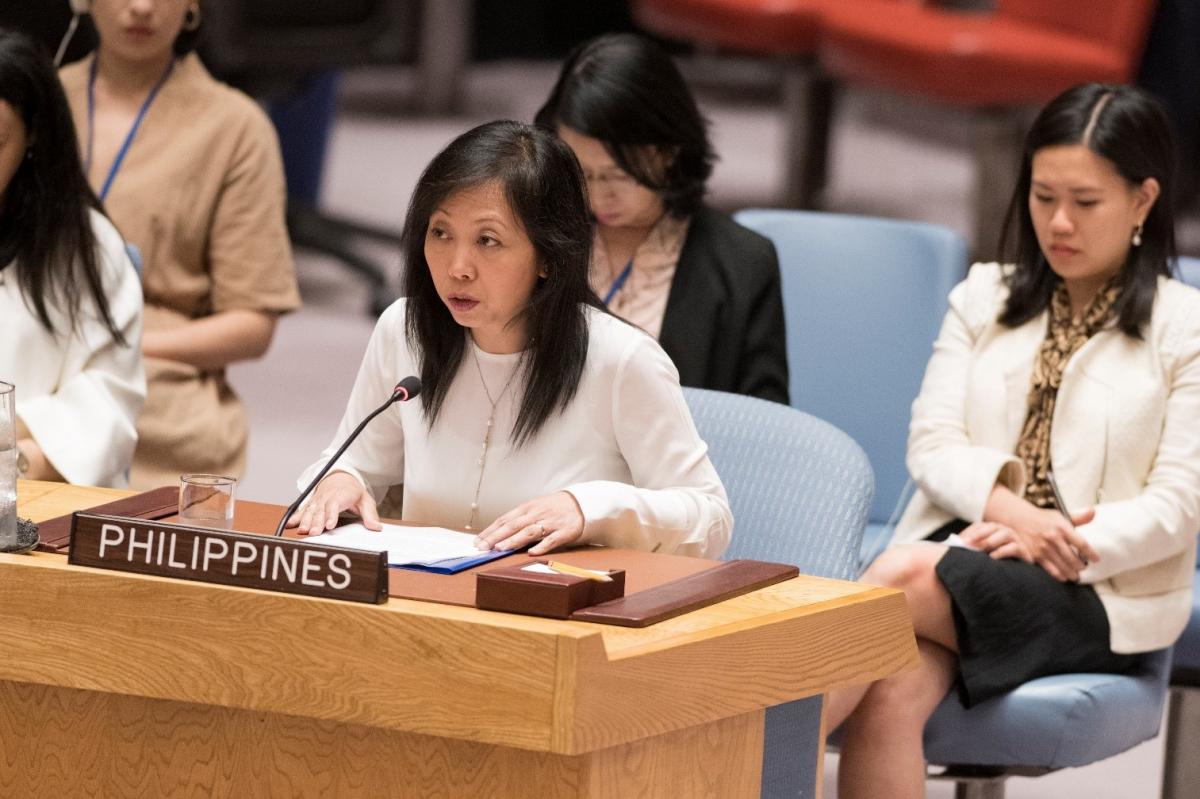 09 July 2019, New York City – A comprehensive approach is needed to curtail the activities of organized crime, which has been a source of financing for terrorists.  This is the message of Ambassador Kira D. Azucena, Chargé d’affaires of the Philippine Mission to the UN, who spoke today at the UN Security Council Debate on the Linkages between International Terrorism and Organized Crime. In her statement, Ambassador Azucena said the link between terrorism and organized crime is well established in the Philippines. The Abu Sayyaf Group, Bangsamoro Islamic Freedom Fighters (BIFF), the Maute Group, and Ansar al Khalifa – who have all declared allegiance to the Islamic State – fund their operations through criminal activities, mostly drug trafficking, kidnapping, extortion, and arms smuggling. They initially cooperated with criminal organizations; but have since developed their own criminal networks which operate under the false rubric of freedom struggles, covering themselves with the mantle of victims of human rights and of religious conscience violations whenever the state moves against them to protect its citizens.

Ambassador Azucena stressed that money is the main driver of the linkage. Thus, it is essential that the sources of finances are identified and curtailed and that the financial flow is tracked. She underscored the need for financial intelligence units, law enforcement agencies, prosecution services and local government units to work together share information and raise awareness.

Ambassador Azucena cited the comprehensive approach pursued by the Philippines, which include participation in joint maritime patrols, through the ASEAN Comprehensive Plan of Action on Counter Terrorism, and exchanges of best practices and capacity building for law enforcement and financial intelligence units.

Ambassador Azucena noted that the Philippines’ counter-terrorism efforts are anchored on respecting human rights as a state’s first, foremost and overriding responsibility to protect the law-abiding against the lawless, and the innocent against those threatening their safety and wellbeing.