Interventions in Colombia as Refugees Flood across the Border from Venezuela 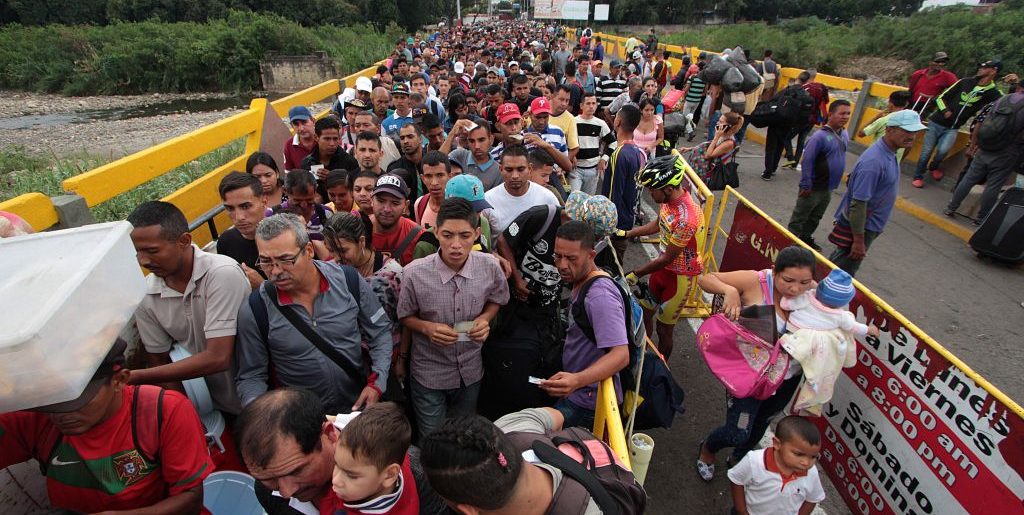 A political and economic crisis in Venezuela has driven hundreds of thousands of people to flee their homes in recent months. According to official UN figures, more than 600,000 Venezuelans had fled to Colombia by the end of 2017. Every day they are joined by around 3,000 more. Unofficial estimates put the current total number of refugees from Venezuela in Colombia at significantly higher than one million.

“The situation is catastrophic,” said Jelena Kaifenheim, Malteser International America’s Latin America Coordinator. “Neither local official bodies nor the local population are cut out to deal with a refugee movement of this kind.”

The situation is growing worse by the day in the impoverished border regions of the La Guajira department, where Malteser International Americas has been working to help local Colombian inhabitants for several years. Many of the arriving Venezuelans are sick and undernourished. Only a few have received the full range of vaccinations, raising the prospect of the spread of illnesses, such as measles and diphtheria.

“I was on the ground to assess the situation just over two weeks ago, and the current conditions for the refugees are appalling. Families are being forced to sleep in parks and open spaces. Their distress is palpable. Pregnant women and newborns are not receiving medical attention. Many of them are undernourished. Fast action is needed to help these people,” said Kaifenheim.

Malteser International Americas, the humanitarian organization of Order of Malta, begins the first phase of emergency interventions this week in the urban center of Riohacha, as well in five initial surrounding Wayuu settlements. Working alongside local partners (Malteser Colombia and ABIUDEA), local government entities, and community members, our ongoing emergency efforts include: Distributing critical hygiene kits for 2000 refugees;Providing emergency medical relief for 1,800 Venezuelan refugees and 800 indigenous people in host communities, including primary health care, medicines, vaccination and nutrition services via mobile health brigades; Establishing sustainable systems and food security initiatives to integrate indigenous Venezuelan refugees into indigenous host communities, which will benefit host communities and refugees. By the end of 2017, officials estimate that 600,000 Venezuelan refugees and asylum seekers fled to Colombia. Unofficial figures and estimates, including illegal border crossing, suggest that there are now more than 1 million refugees (65% Venezuelans, 35% returning Colombians), with up to 8,000 people crossing the Colombian border daily.

Malteser International is now beginning to provide basic medical services in cooperation with local officials for refugees in Riohacha and in neighboring villages in the department of La Guajira. It has been working in close cooperation with the local association of the Order of Malta in Colombia for around three years. Its work is focused on rural development and improving access to local healthcare.

Read the full Press Release and find out what you can do to help here.