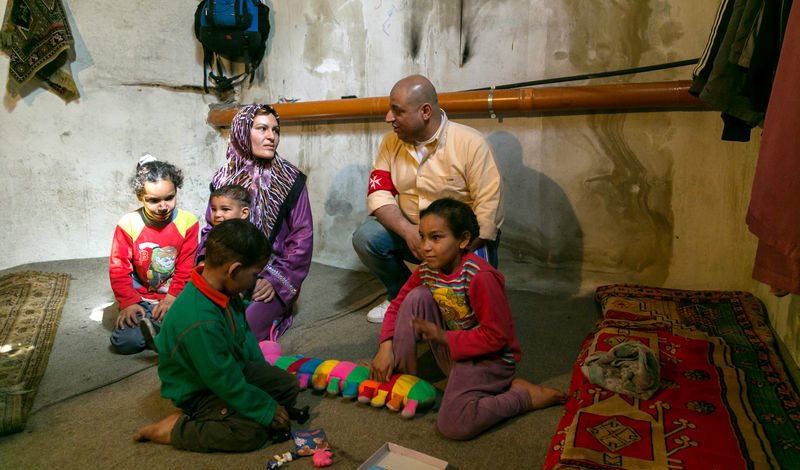 On June 1st, 2017, international Children’s day, the Sovereign Order of Malta and the Embassy of the Czech Republic to the Order and to the Holy See will be hosting the international conference entitled “Children victims of armed conflicts” in cooperation with UNICEF, the European Union, the Council of Europe and the Holy See Dicastery for Promoting Integral Human Development.

The panel will take place at the Magistral Villa of the Sovereign Order of Malta on the Aventine and will be part of a number of events commemorating the 75th anniversary of the annihilation of the Czech village of Lidice by the Nazi armies during which almost all residents were murdered. Remembering this tragedy will offer the opportunity to talk about the atrocity of armed conflict and intends to shed more light on the fate of children as victims of war crimes today.

The promotion and protection of the rights of children are fundamental to the Order of Malta, and the Order strongly supports actions taken to alleviate the suffering of the countless of children affected by armed conflicts. Boys and girls are key to building the peaceful world that humanity needs and, without healthy and protected children, global progress won´t be possible. Unfortunately, during conflicts and post-conflict situations, children are the most affected by violence and often in many ways not captured by the statistics:  they lose parents, become disabled due to curable illnesses and suffer long-term psychological trauma.

Freedom from violence is a fundamental right recognized by the Convention on the Rights of the Child and every society and State has an obligation to break the cycle of pain and fear that children suffer. Unaware that they have rights, the risk of children suffering grave human rights violations is incredibly high. While the international legal framework has sometimes been supported and enhanced by legislation and policies adopted at the regional, national and local levels, there continues to be a grave chasm between the internationally agreed standards for children’s rights and their practical implementation in situations of armed conflict. The Order of Malta makes it a priority to increase awareness of these rights and see that they are respected and implemented. Human rights violations against children must be held accountable by international organizations and States, ensuring justice and protection to minors affected by armed conflicts and post-conflict situations. All crimes must be investigated promptly and effectively and prosecutions must be pursued.

In accordance with the United Nations 2030 Development Agenda, the Sovereign Order of Malta has made it a priority to help enforce the goals related to children including the need to ensure quality education and health services, and to stop the recruitment of child soldiers and all forms of violence against minors.