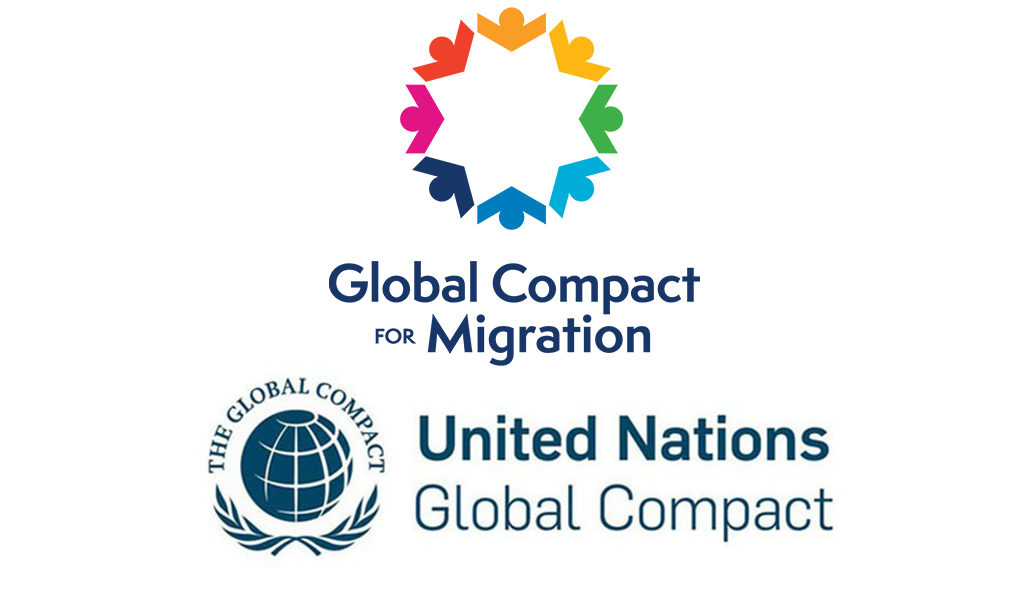 The "Global Compact for Safe, Orderly, and Regular Migration" will be the first intergovernmental agreement prepared under the aegis of the United Nations covering all dimensions of international migration

The need for an immediate internationally-concerted response to the global emergency of migration, where millions of people are fleeing from conflicts, wars, misery and poverty, will, perhaps finally find a long-lasting solution. For the first time, on the 19th of September 2016, Heads of State and Government from all over the world, convened at a global level within the United Nations General Assembly to discuss the issue related to migration, large migration flows and migrants themselves, adopting the New York Declaration, which represents a first step, and recognizes the need for a comprehensive concerted approach in the unprecedented human migration that the world faces in our times. With that Declaration, world leaders outlined a more sustainable and concrete response to migratory flows and forced displacements, along with a governance system for international migration. They decided that a Global Compact for Safe, Orderly and Regular Migration will be prepared and adopted by the end of 2018. The Global Compact is to be a global agreement aimed at sharing responsibilities and at ensuring security, peace, dignity, protection and respect for the human rights of all migrants and refugees.

Only by addressing the deep causes of such movements we can all act collectively. The 193 Member States of the U.N. thus recognized the need for a lasting, serious and effective approach to improve cooperation at a global level, through an open, transparent and inclusive process of consultation and negotiations.  The following commitments will therefore be made as part of the Global Compact, which will be adopted at a meeting scheduled for December 2018 in Morocco:

Continuous and effective assistance is, once again, directed to the weakest and vulnerable, but only by protecting all people afflicted by wars, conflicts and misery, is it possible to have regulated procedures that are in line with the international law on migrants and human rights. Through global engagement, development projects with adequate and flexible funding, and increased international, national and regional assistance in all areas affected by conflicts, it will not only be possible to activate the whole community to promote more acceptable conditions but also, and above all, to improve the living conditions of millions of migrants.

Since September 2017, the three operational phases begun. The first one was realized from September to late October 2017 with informal consultations, mainly held in New York and Geneva; The second one, began in November and lasting until February 2018, consists of stocktaking meetings, including the private sector, various international NGOs and civil society.

The third, decisive phase, which will consist of intergovernmental negotiations, will be devoted to preparing the actual text of the Global Compact, and will extend from February to December 2018. It will culminate with the Intergovernmental Conference in Morocco 10 and 11 December 2018. There,  with broad participation of world leaders, Member States, international and national organizations, the private sector and civil society, and with the highest visibility, the Global Compact for a safe, orderly and regular migration will be adopted, in order to deal with the migration crisis as effectively as possible.

The Global Compact represents an extraordinary opportunity in which the Sovereign Order of Malta certainly can help, contributing with the experience of its continuous and concrete humanitarian mission for more than nine centuries. The Order reaffirms its determined and steady commitment to migratory flows and all the people afflicted by this huge epochal crisis, reflected in a note made available to the co-facilitators in charge of preparing the “zero draft” of the Global Compact, the Permanent Representatives of Mexico and Switzerland to the U.N. The note focuses on managing migratory flows in full respect of human rights and the implementation of shared reception and social and health care systems.

The Sovereign Order of Malta, with the aim to help the most vulnerable, will continue to develop collaborative and operational projects in world conflict areas, securing and guaranteeing first-rate goods and specific and measurable actions to protect the migrants who are uprooted from their homes and forced to expatriate, endangering their lives and that of their families.