Elections - 80th Grand Master of the Sovereign Order of Malta 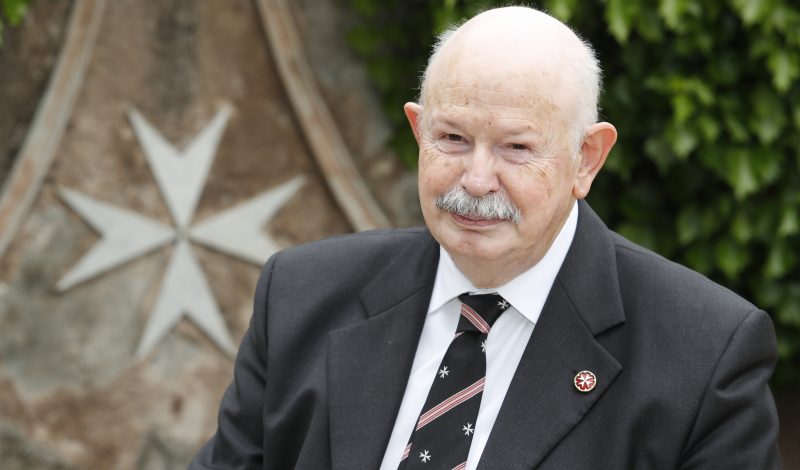 Fra’ Giacomo Dalla Torre del Tempio di Sanguinetto has been elected the 80th Grand Master of the Sovereign Order of Malta. The Council Complete of State, the electoral body counting 54 members, met in the Magistral Villa, one of the Order of Malta’s two institutional seats, in Rome.

Elected head of the Order of Malta on 29 April 2017, Fra’ Giacomo Dalla Torre is now elected for life as Grand Master.

Pope Francis has been informed by letter of the election result. All the Order of Malta’s Grand Priories, Subpriories and National Associations around the world have been informed, as well as its diplomatic missions and those of the 107 countries with which the Order maintains diplomatic relations.

The newly elected Grand Master swore oath on May 3rd in the Church of Santa Maria in Aventino, before the Council Complete of State (the elective body of the Order of Malta) and Archbishop Angelo Becciu, the Pope’s Special Delegate.

After the oath, the Grand Commander, Fra’ Ludwig Hoffmann von Rumerstein conferred the collar of Grand Master and thereafter the Grand Chancellor Albrecht Boeselager declared the Council Complete of State dissolved. A solemn mass was celebrated by Archbishop Becciu and the flag of Grand Master was raised at the top of the Magistral Villa at the end of the ceremony.

For the first time in the history of the Order of Malta, two women, Presidents of Associations, including one from Asia, took part in the Council Complete of State.

The new Grand Master will be responsible for continuing the reform of the Constitution of the Order of Malta started in 2017, to adapt it to the development that the Order has experienced in recent decades. Currently present in 120 countries around the world with over 2,000 projects in the medical-social field, the Order of Malta has more than 120,000 volunteers and medical staff. The Constitutional Charter and the Code were promulgated in 1961 and partly reformed in 1997.

The first official engagement of the Grand Master will be to preside over the 60th Order of Malta International Pilgrimage to Lourdes, which will take place from 5 to 8 May. Every year, over 7,000 members and volunteers from all over the world take part in the pilgrimage. Their number includes 1,600 sick and disabled pilgrims. The pilgrimage to Lourdes represents one of the most significant moments in the spiritual life of the Order’s members and volunteers.

The Grand Master
According to the Order’s Constitution the Grand Master is the sovereign and religious head of the Order. Elected for life, he must fully dedicate himself to the development of the works of the Order and set an example of living by Christian principles to its members. He is vested with supreme authorities. Together with the Sovereign Council, the Grand Master issues the legislative measures not covered by the Constitution, promulgates government acts and ratifies international agreements. The States with which the Order has diplomatic relations recognise the Grand Master with the prerogatives, immunities and honours reserved for Heads of State.

The Grand Master resides at the Order’s seat of government, the Magistral Palace in Rome.