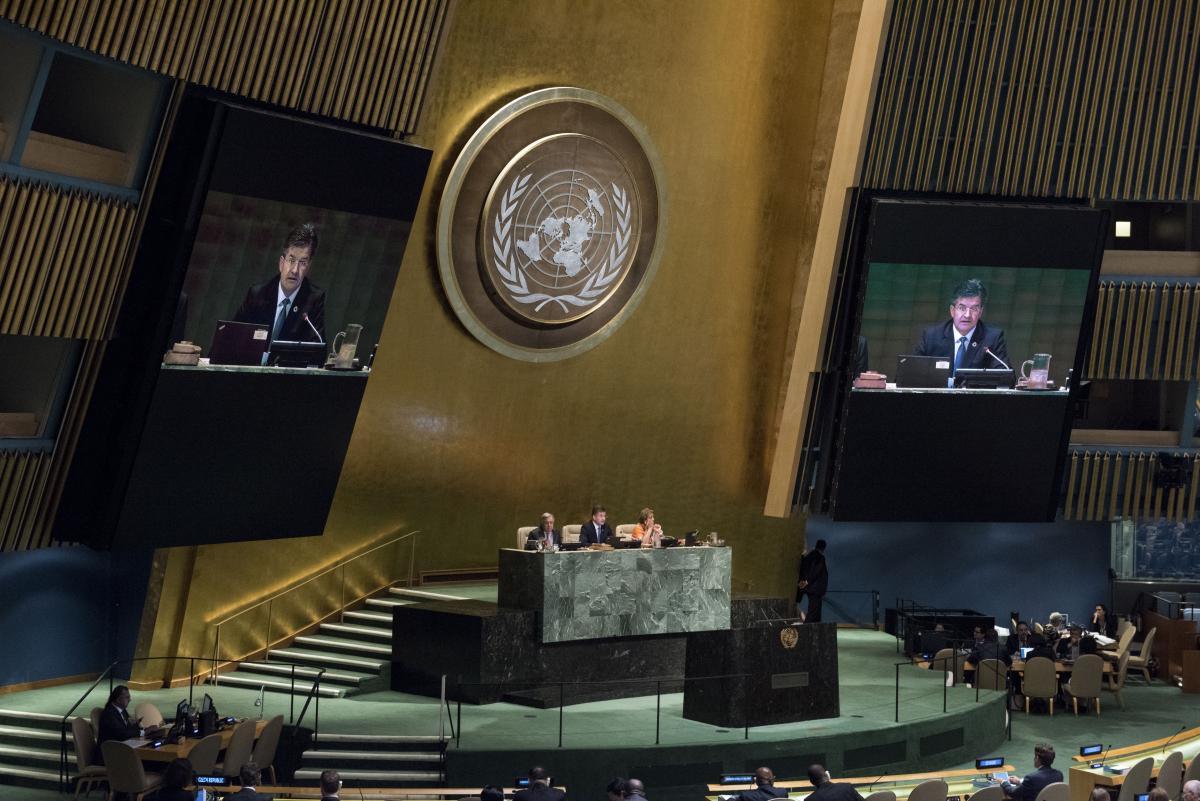 Lajčák, who assumed his presidency on September 12, previously served as a three-term Minister of Foreign and European Affairs of Slovakia and held a number of senior roles in conflict prevention, resolution and mediation with the UN and the EU.

Leading up to the General Debate Mr. Lajčák outlined six priority themes for his tenure during his acceptance speech:

The annual UN General Debate, during which Heads of State and Government and other high-level national representatives meet to present their views on major global issues, opened on Tuesday, 19 September, and concluded on Monday 25 September.

Every year the General Debate focuses on a different main theme – although leaders are free to address any issue and often seize the opportunity to opine on international issues of their concern.During this year, the 72nd session of the GA (GA72) addressed the overall theme:

‘Focusing on People: Striving for Peace and a Decent Life for All on a Sustainable Planet’,

which GA President Lajčák chose with the intention to forge a UN fit for the 21st century and to bring the UN closer to the world's citizen in order to make a real difference in their lives.

UNGA72 marks the first time in 11 years, where all UN Member States and observers addressed the General Assembly during the General Debate. Some of the key issues addressed being:

The Social Development Goals (SDG), the 2030 Agenda and human rights, exemplifying a recent increased focus on the relationship between the implementation of the SDGs, the prevention of human rights violations and strengthening the UN’s response to emerging crises.

In addition States drew particular attention to concerns regarding the rights of migrants and refugees, IDPs, gender equality and violence against women as well as climate change, terrorism, extreme poverty, and preventing violent extremism/radicalisation.

Other recurring themes in the statements included a noticeable country-specific focus as States repeatedly made references to: Myanmar, Syria, Libya, Venezuela, Israel and the Occupied Palestinian Territories, as well as the DPRK.

In continuation of the event, the 72nd session of the General Assembly is likely to be focused on the themes of – preparations for the 2018 Inter-governmental Conference on International Migration and the proposed reforms of the Secretary-General, as well as the commitment to fulfill the mandate to continue its work on Security Council Reform.

Committee chairs for the 72nd session

Fourth Committee (Special Political and Decolonization) elected Rafael Darió Ramírez Carreño (Venezuela) as Chair, while emphasizing that no aspect of his country’s current political situation would prevent him from fulfilling his duty in that position.