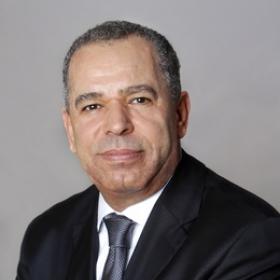 He then went on to work at the Central Bank of the Dominican Republic as an Economist in the Department of Economic Studies until 1990 when he moved to New York.

Upon arrival at NYC he was selected for the position of Director of the Dominican House of Culture (Casa de la Cultura).  On 1991, he began his career as an educator in the New York City Department of Education until June of 2004, at which time he was asked by the former President of the Dominican Republic, Dr. Leonel Fernández, to join the Foreign Service.

Because of his long time commitment to the PLD – Dominican Popular Liberation Party (Partido de la Liberación Dominicana), of which he is the New York State Branch President since 2005, he was elected as Member of the Central Committee since 2005.

Welcome to the web page of the Permanent Mission of the Dominican Republic to the United Nations. As a founder member of the UN, our country has been actively involved in many of its initiatives, including those related to the human rights, among them the women rights, the elderly rights, domestic violence, peace and security. In this regard, our country played an important role in the establishment of the International Day for the Elimination of Violence against Women, November 25 of every year, according to the General Assembly’s resolution 54/134, of 17 December 1999.

We believe that the foundation of the UN responded to the world’s needs 60 years ago and we firmly still believe that the UN, with its many responsibilities in terms of peace, security, sustainable development and the struggle against the worst manifestation of inequalities, is today as necessary as it was at the end of the World War II.

In spite of emerging difficulties, the United Nations is keeping its role as the best endowed organ to face the challenges of a new century and the situation inherited after the end of the Cold War. The Dominican Republic, its government and its people, reaffirms its commitment with the historical mission of the United Nations and its capabilities to deal creatively with the challenges of the world today, thanks to the support and good will of all country members.