Mission History:
The Republic of Vanuatu has been a member of the United Nations since the year of its independence in 1980. Despite the modest size of it's economy, Vanuatu as all other member states of the United Nations, has an equal seat at the table right alongside the big and powerful - one country, one vote.  Ever since then the country, through its Mission based in New York, has been an advocate for international cooperation for sustainable development, human rights, disarmament and the right of self-determination and decolonialisation.
Vanuatu associates itself with the following groups:

The Mission aims at ensuring the relevance of the United Nations and it's bodies in a rapidly changing global environment and a forum for dialogue in times of conflict. Furthermore, like all small islands nations, the country's economy and livelihoods, as well as to a certain extent their physical existence is threatened by climate change. Therefore, Vanuatu calls for global efforts to reduce greenhouse gas emissions and to limit the rise of global temperature to well below 1.5° Celsius. You can find more information about the most important topics for the Mission at the thematic sections. 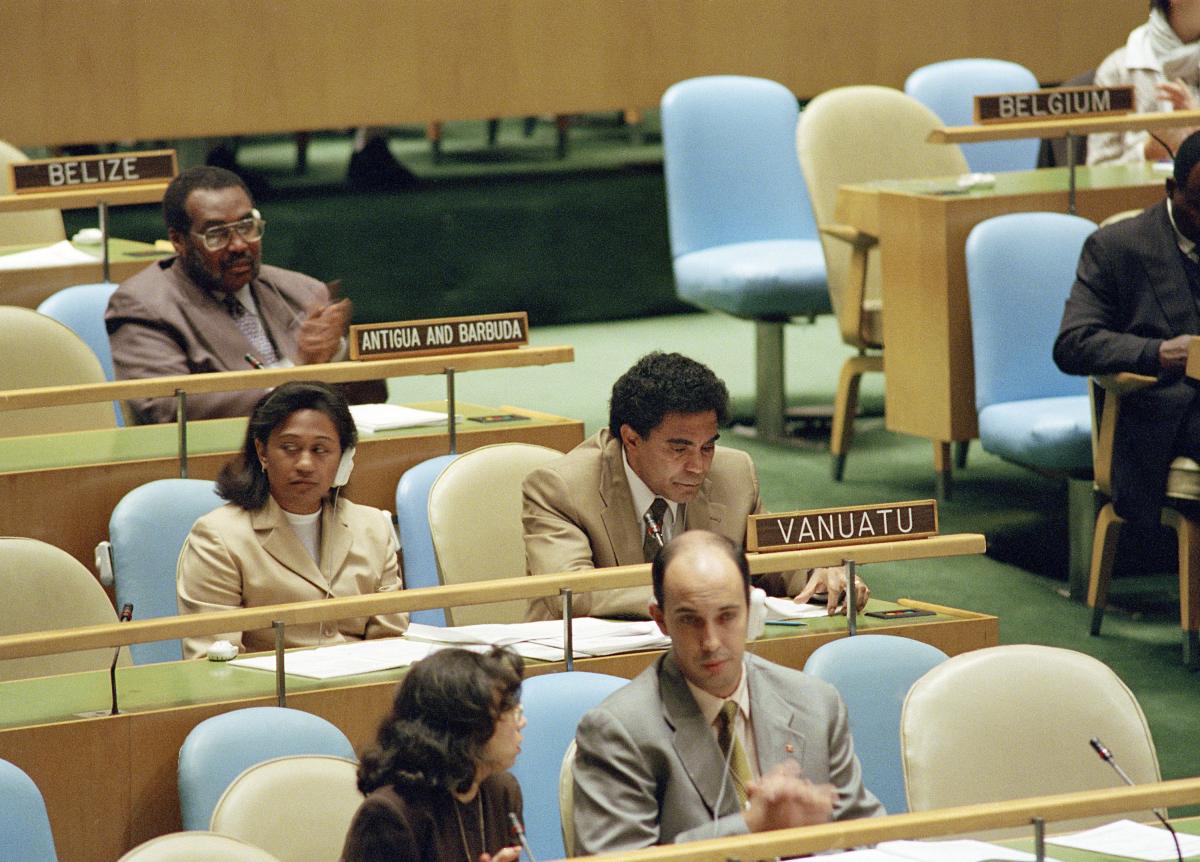 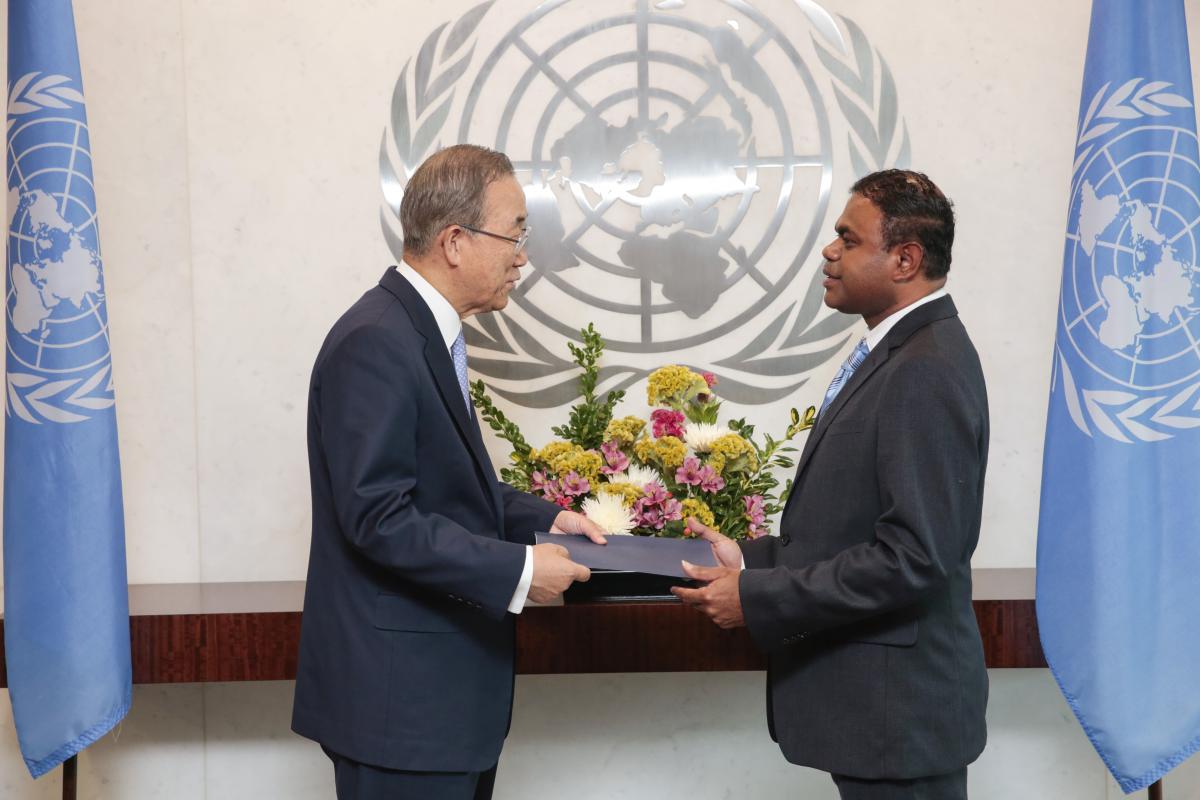 Left: UN Photo: Alfred Carlot, Chairman of the Delegation and First Secretary Evelyn Adams at the fifty-sixth session of the General Assembly (2001).
Right: UN Photo: Odo Tevi, new Permanent Representative of the Republic of Vanuatu to the United Nations, presents his credentials to Secretary-General Ban Ki-moon (2014).