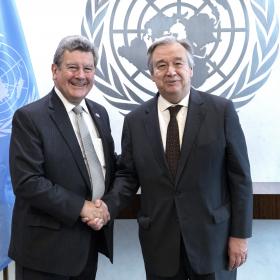 URUGUAY AND THE SECURITY COUNCIL