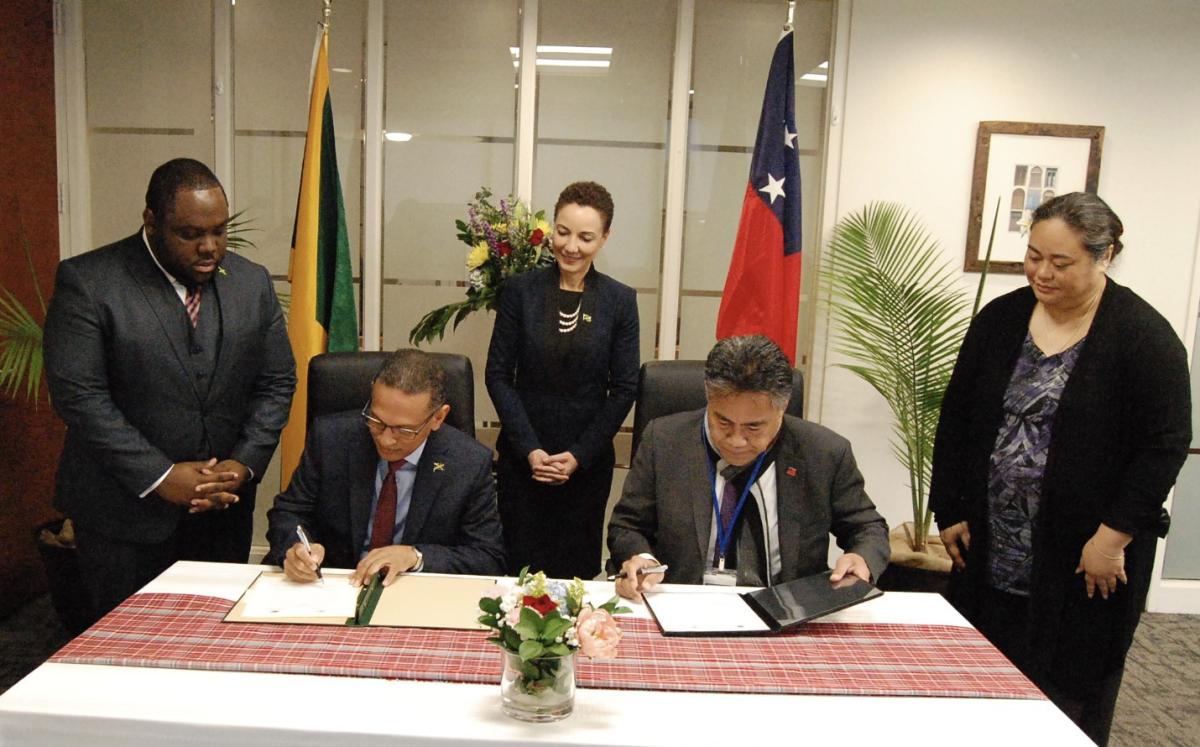 During the signing ceremony, in the presence of H.E. Kamina Johnson, Minister of Foreign Affairs & Foreign Trade of Jamaica, it was noted that the establishment of diplomatic relations merely formalized already existing strong ties between the two countries over the recent past, especially as members of the Organisation of African, Caribbean and Pacific States (OACP), AOSIS, the Group of 77 plus China, the Commonwealth, United Nations and other multilateral institutions.

Both countries share common values and are bound by a strong commitment to secure a more peaceful, just, equitable and prosperous global community, by addressing the common challenges of climate change, covid recovery, sustainable development, and peace and security. Special mention was also made to the special vulnerabilities faced by Small Island Developing States (SIDS). 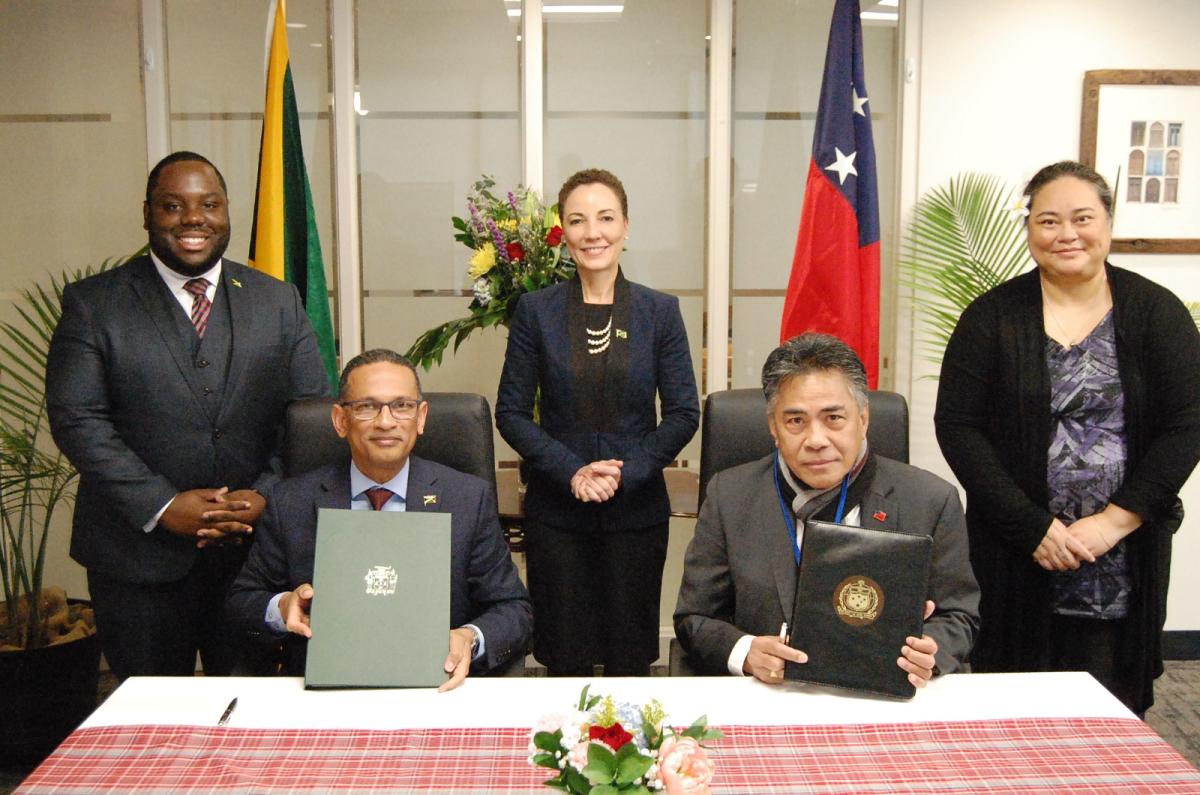