Presentation of Credentials of the new Permanent Representative for the Mission of the Independent State of Samoa to the United Nations, H.E. Fatumanava Dr. Pa'olelei LUTERU

The new Permanent Representative of the Independent State of Samoa, Fatumanava Dr. Pa’olelei Luteru presented his credentials to the Secretary-General of the United Nations, Mr. António Guterres at the United Nations Headquarters in New York on Thursday 3rd of June 2021. The Ambassador was accompanied by Mrs. Matilda Bartley, Deputy Permanent Representative, to the presentation of credentials ceremony.

Ambassador Luteru conveyed to the Secretary General the best wishes of the Head of State, His Highness Tuimalealiifano Va’aletoa Sualauvi II, and the Prime Minister and Minister of Foreign Affairs, and assured H.E. Mr. Antonio Guterres of Samoa’s full support and cooperation towards the achievement of the United Nation’s mandate.

He also expressed his willingness to work closely with the Secretary-General to address some of the more pressing issues confronting the international community. Ambassador Luteru made specific mention of climate change and the adverse impact of the COVID-19 pandemic and called for the need to ensure that the availability of vaccines does not become an issue about affordability but rather of equity.

The Secretary General in response noted Samoa’s important contribution to the work of the organization and emphasized the critical importance of tackling climate issues in a holistic, coordinated, and integrated manner. The issue of SIDS and the implementation of the SAMOA Pathway remain as important agenda items on the work programme of the United Nations.

The Secretary General concluded by extending his best wishes to the Head of State and the Prime Minister and assured Ambassador Luteru of his continued availability to work with Samoa in advancing the agenda of the organization in the future.

Prior to Ambassador Luteru’s appointment, he was the Ambassador of Samoa to the Kingdom of Belgium and other EU member States, the European Council, and the European Commission . He graduated with a Bachelor of Science from the University of Canterbury, holds a Masters in Educational Administration from the University of New England, and a Doctorate in Philosophy from Flinders University in Australia. Ambassador Luteru is married to Pepe and has two children, Malu and Ian. 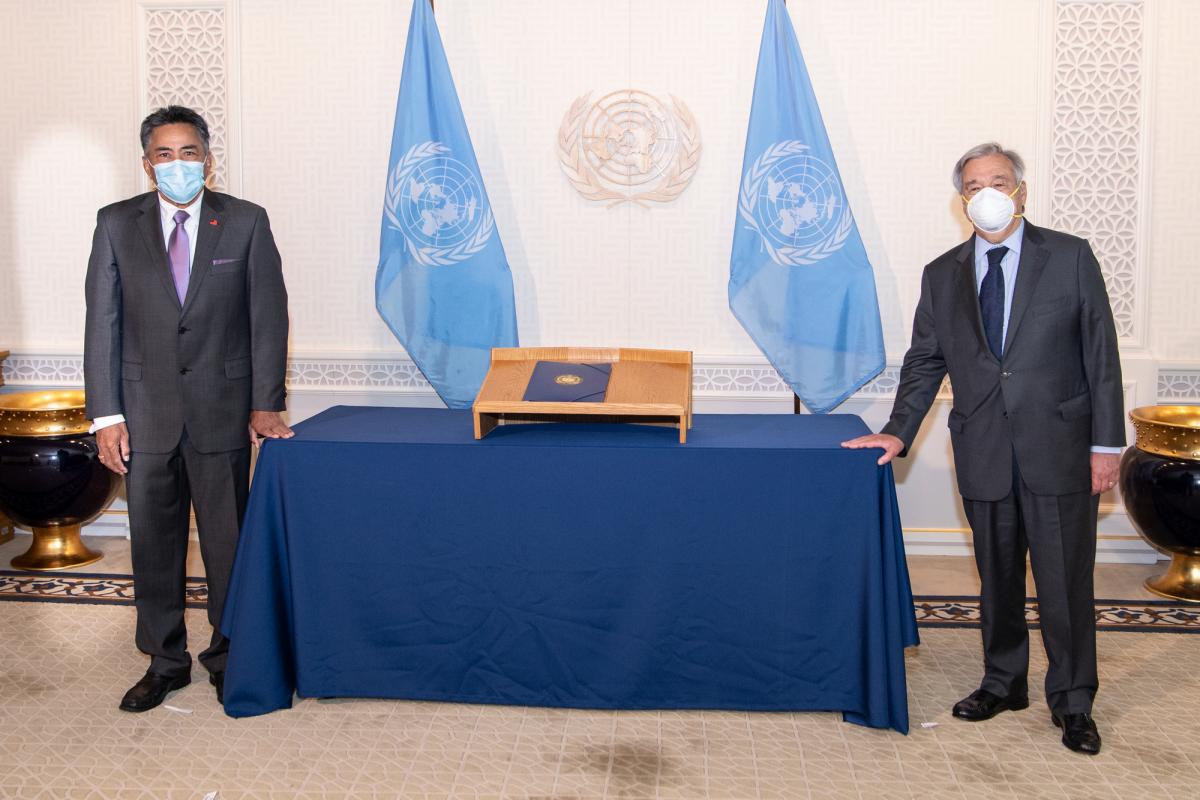 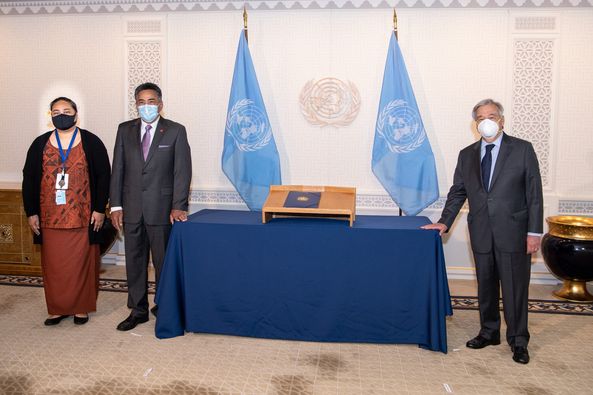