During the Signing Ceremony, it was noted that the establishment of diplomatic relations would not only build upon existing ties between the Small Island Developing States but open the path to greater cooperation and further strengthen relations between the two countries and peoples.

Samoa and the Dominican Republic have enjoyed cordial relations marked by friendship and cooperation, even in the absence of diplomatic relations as members of the Alliance of Small Island States (AOSIS), the Group of 77, and China, African Caribbean Pacific (ACP), the United Nations and other multinational organizations. Both countries prioritize work on tackling climate change, sustainable development, ocean issues, COVID 19 vaccine equity and economic recovery as well as a host of other priorities in the global arena. 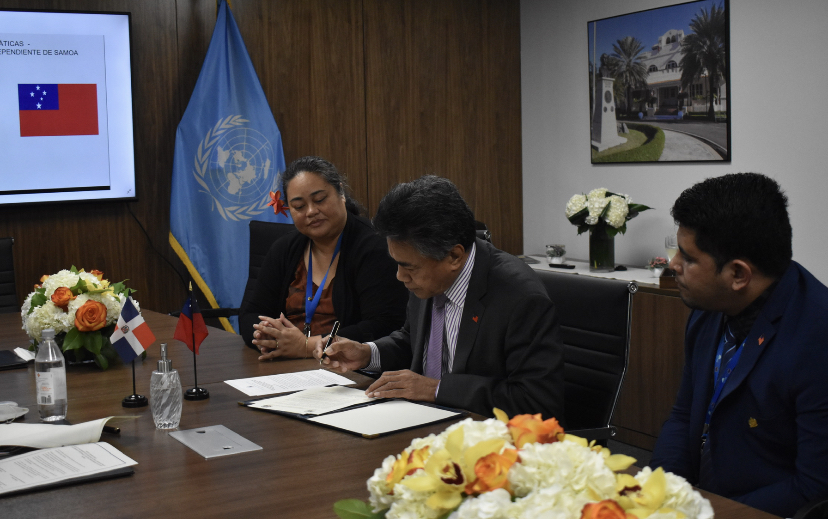 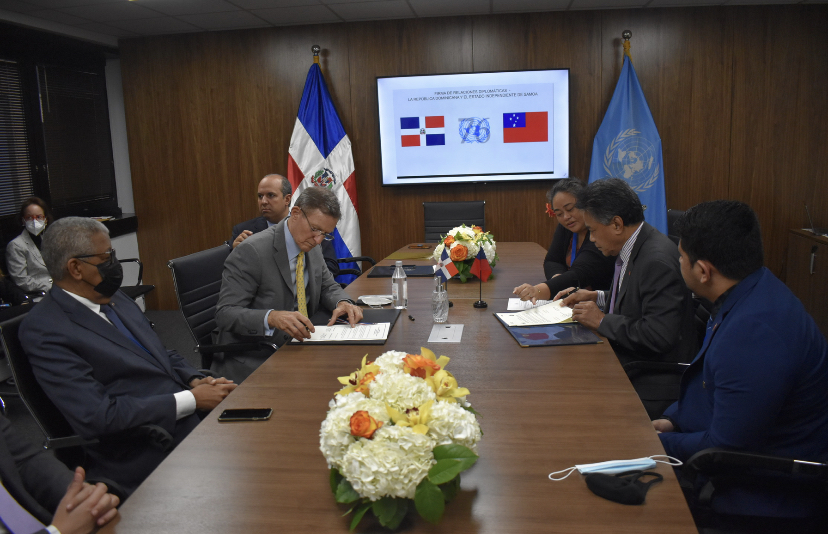