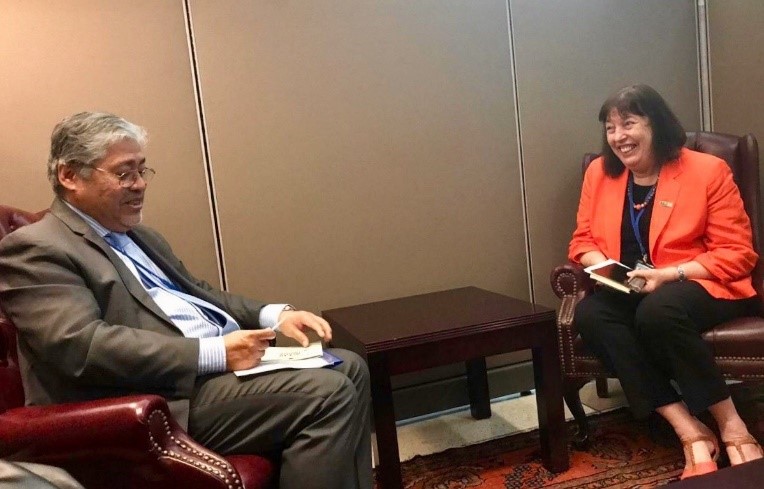 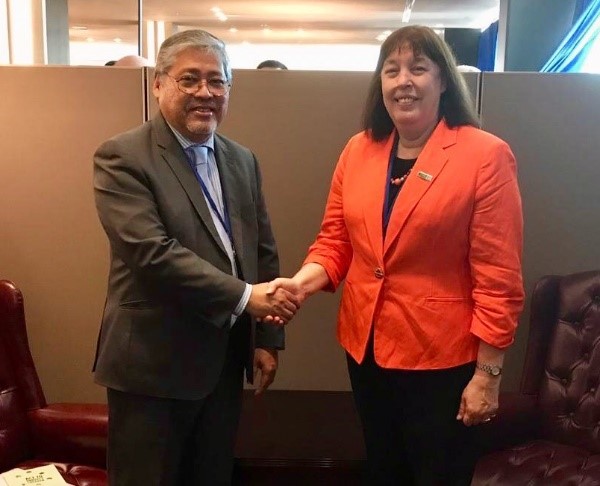 Undersecretary Enrique A. Manalo of the Department of Foreign Affairs with Ms. Virginia Gamba, Special Representative of the Secretary General on Children and Armed Conflict

23 September 2019, New York – Special Representative of the UN Secretary-General on Children and Armed Conflict Ms. Virginia Gamba expressed that she has been using the Philippines as a model legislation whenever she discusses protection of children in the UN.

In a meeting with Foreign Affairs Undersecretary Mr. Enrique A. Manalo at the sidelines of the 74th session of the United Nations General Assembly, Ms. Gamba also declared her intentions to visit the ASEAN region and work closely with the Philippines in her advocacy campaign #ACTtoProtect and in raising awareness on the need to protect children in armed conflict.

In the meeting, Undersecretary Manalo underscored the commitment of the Philippines to the promotion and protection of the rights of children, particularly those affected by armed conflict situations. The Special Protection for Children in Situations of Armed Conflict Act was signed into law in January 2019. It seeks to protect children in armed conflict situations from all forms of abuse, violence, neglect, cruelty, and discrimination and requires the PH Government to prevent the recruitment and use of child soldiers. END