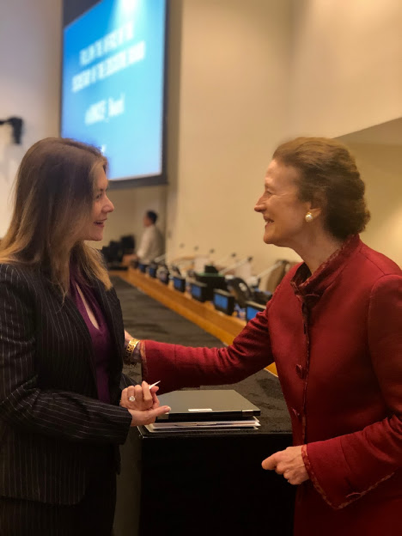 Special Envoy of the President to UNICEF Monica Prieto-Teodoro discusses her priorities on child and youth protection with UNICEF Executive Director Henrietta Fore.

Special Envoy of the President to UNICEF Monica Prieto-Teodoro exchanges views with UNICEF Executive Board President Tore Hattrem and Ambassador Teodoro L. Locsin Jr on the situation of children in the Philippines and her advocacies and initiatives towards ensuring their welfare. 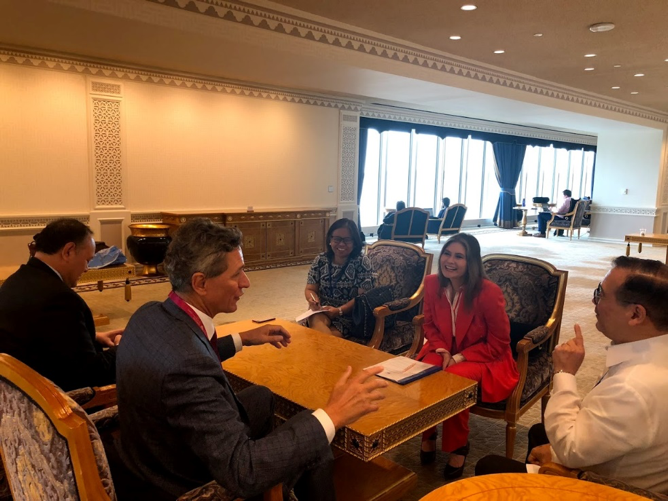 Ms. Prieto-Teodoro stated that, as Special Envoy of the President, it is her priority to strengthen measures to ensure the physical and mental well-being of Filipino children, and to protect them against child pornography and child-trafficking. To ensure that no child is left behind in the county’s path to sustainable development, she conveyed that she would continue her work in protecting children with disabilities and children in conflict.

Both sides reaffirmed commitment and urgent action towards ensuring that Filipino children are well-protected and thrive in a prosperous, sustainable, inclusive and resilient Philippines.

The UNICEF officials expressed optimism that Philippines-UNICEF relations would be further facilitated and strengthened, with the active engagement of the Special Envoy with UNICEF and with marginalized children on the ground.

The discussions noted that the core of Agenda 2030 – that no one be left behind – is entrenched in UNICEF’s Country Program Document for the Philippines 2019-2023 as it focuses on the rights of the country’s estimated 12 million poor children, including children living on the streets, child workers, children from indigenous communities, displaced children, children with disabilities and children living in conflict areas. END