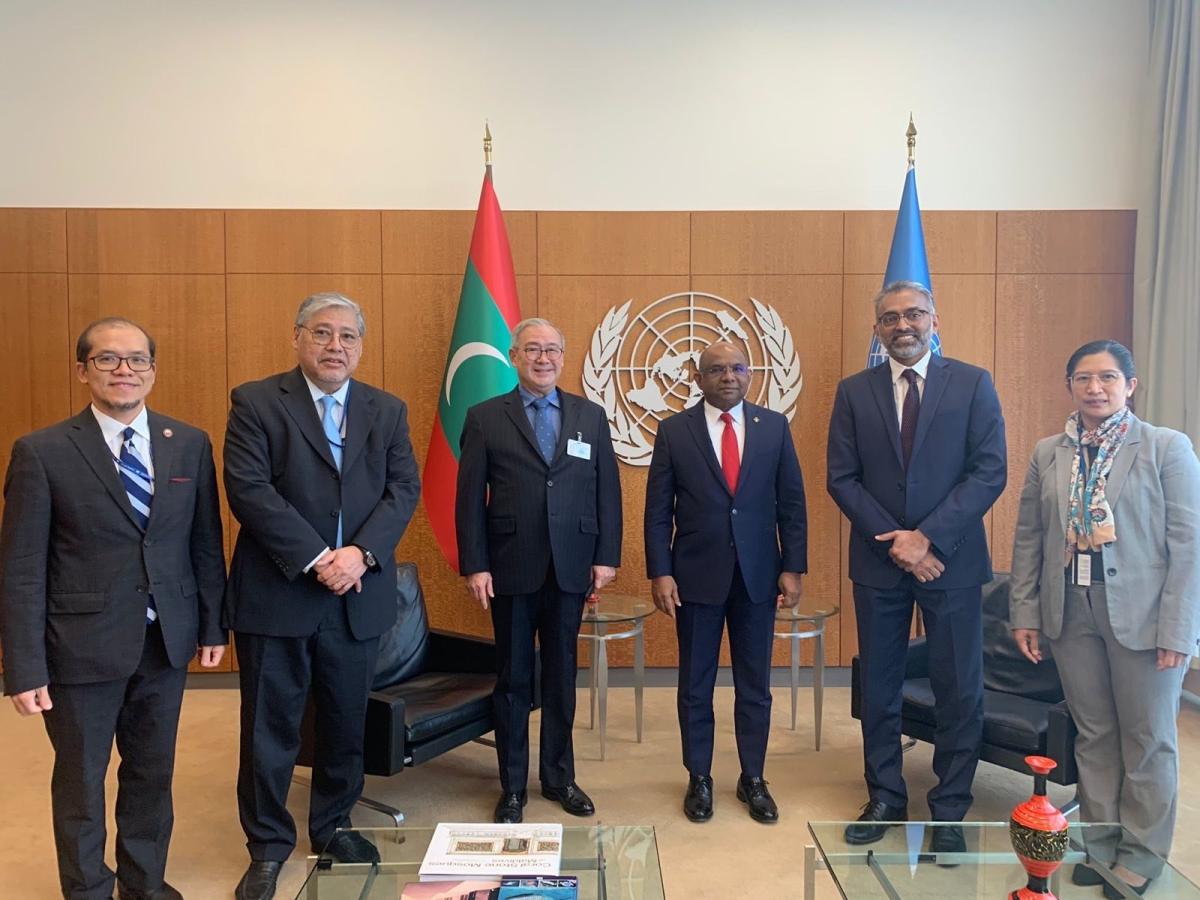 “Congratulations on the first 100 days of your Presidency!,” PH Secretary of Foreign Affairs Teodoro L. Locsin, Jr. conveyed to H.E. Abdulla Shahid, President of the 76th Session of the UN General Assembly during their first meeting where SFA Locsin discussed PH priorities at the UN.

UNITED NATIONS, New York, 07 December 2021 – Philippine Foreign Affairs Secretary Teodoro L. Locsin, Jr. met today with H.E. Mr. Abdulla Shahid, President of the 76th Session of the General Assembly, and discussed PH priorities at the United Nations including the adoption of the resolution of the “40th Anniversary of the Manila Declaration on the Peaceful Settlement of International Disputes,” NPT Review Conference, climate justice, vaccine equity and support for the Secretary-General’s Report on “Our Common Agenda.”

“At his address to the UN General Assembly on 21 September 2021, President Rodrigo Roa Duterte welcomed your ‘Presidency of Hope’ and said that this is what we need in this challenging time,” Secretary Locsin informed Mr. Shahid.

PGA Shahid, in turn, thanked Secretary Locsin for the Philippines’ active participation in the current session of the General Assembly, serving as one of the Vice-Presidents of the GA (PR Ambassador Enrique Manalo) and deploying one of PH Missions Experts to the OPGA Speechwriting Team (Minister Angelito Nayan, Fourth Committee Expert).

He also welcomed Philippine initiatives in the current session and expressed the hope that the intergovernmental “follow-up process” on the Common Agenda’s policy recommendations to respond to current and future challenges will commence soon.

Secretary Locsin also presented PGA Shahid a copy of “The Seeds of Peace,” a coffee table book on the Philippines’ contributions to UN peacekeeping from 1962 to 2021. Currently, PH peacekeepers/military observers are deployed to India/Pakistan, the Central African Republic and in South Sudan.