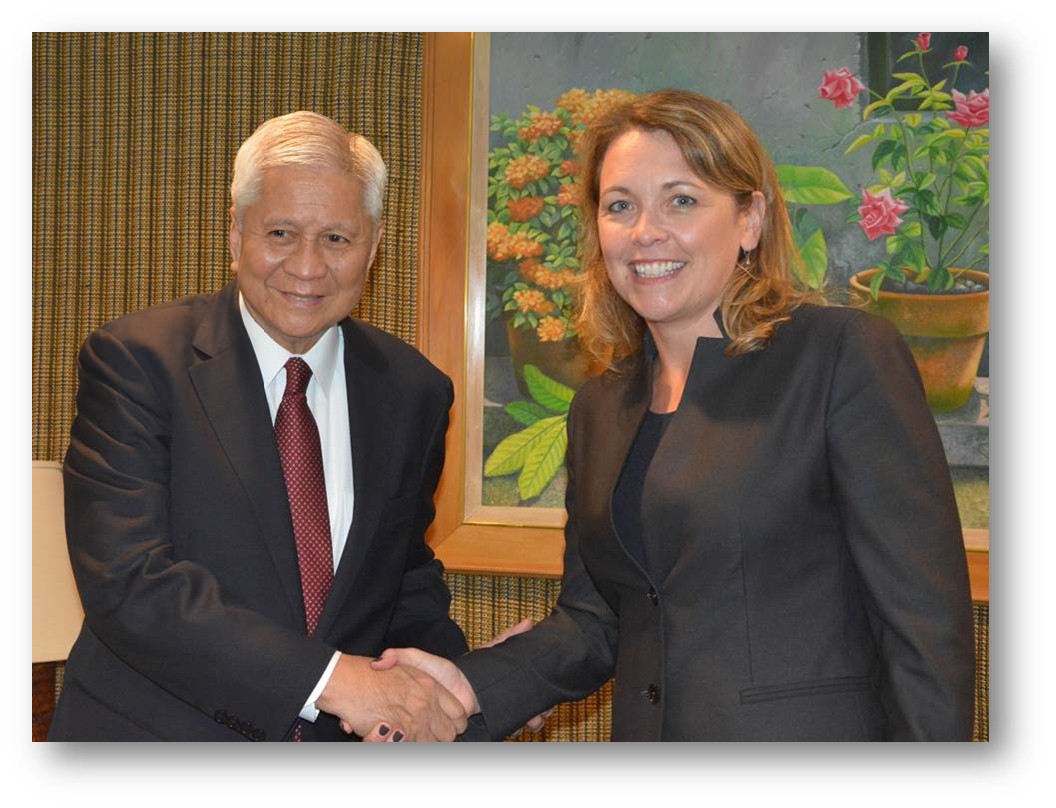 “On behalf of the Aquino administration, we want to express our profound thanks for the great support of the MCC for the implementation of the 1st Millennium Challenge Account-Philippine Compact… and we are very excited about the prospects for the 2nd Compact,” Secretary Del Rosario said.

For her part, Ms. Hyde emphasized that both MCC and the Philippine Government “have done quite good work together in our first Compact, particularly in ways that the program can be scaled up and taken nationally.”

Ms. Hyde cited the Secondary National Roads Project in Eastern Samar, where the resiliency standards that were built into the project can be replicated in other Compact programs.

On the potential second Compact for the Philippines, Ms. Hyde explained that MCC is “very much looking for opportunities where we can leverage other private sector investments and where we can create a systemic, larger change like the first Philippine Compact.”

Under the first Philippine Compact’s Revenue Administration Reform Project, Philippine Ambassador to the United States, Jose L. Cuisia, Jr., conveyed that MCC’s “insistence in terms of improvement in revenue generation – which has been growing double-digit every year for the Philippines – is very much appreciated.”

Finance Undersecretary Rosalia de Leon, the current Alternate Executive Director to the World Bank for the Philippine Constituency, opined that “precisely because of the improvement in the revenue collection that we would like to pursue now dovetailing the next (Philippine) story on how we could use the resources productively for infrastructure and social spending, and together leveraging it with private sector capital.”

As part of the Compact Development process, MCC officials confirmed during the meeting that a joint PHL-MCC Constraints Analysis (CA) study has been concluded, the results of which are being evaluated by a Root Cause Analysis Workshop.

After a rigorous Compact Development process, the consideration for a second Compact will be decided by the MCC Board of Trustees and will go through a U.S. Congressional Notification process. Countries which are eligible for a second Compact must not only pass majority of the 20 MCC indicators, including the must-pass Control-of-Corruption indicator, but also “show meaningful progress toward achieving first Compact results.”

Secretary Del Rosario welcomes the upcoming visit of the MCC CEO to the Philippines to check on the progress of the current MCC Compact projects which will conclude in May 2016. Ms. Hyde’s visit will be on the margins of the Asia-Pacific Economic Cooperation CEO Summit scheduled in mid-November 2015.