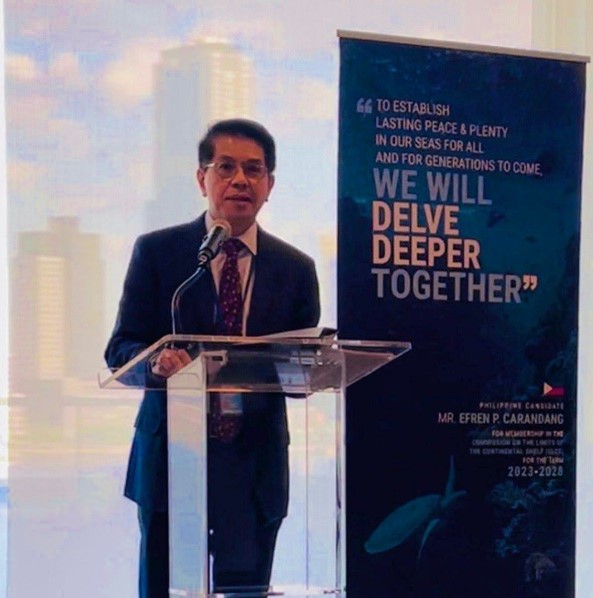 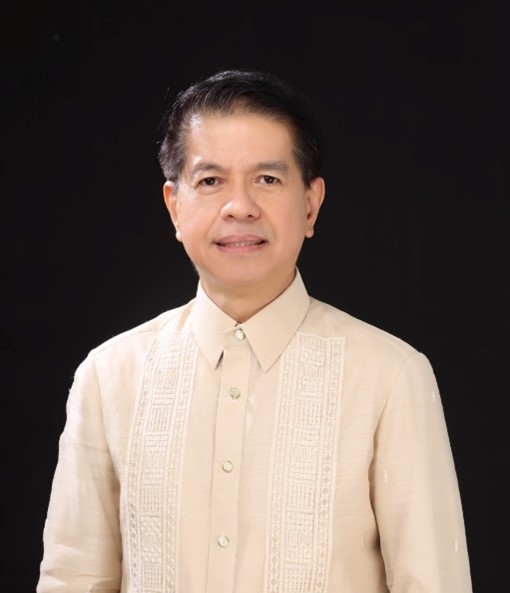 UNITED NATIONS, NEW YORK, 15 June 2022 – Philippine candidate to the Commission on the Limits of the Continental Shelf (CLCS), Deputy Administrator Efren P. Carandang of the National Mapping and Resource Information Authority (NAMRIA), was elected for the term 2023-2028 at elections held at the UN General Assembly Hall in New York on 15 June 2022.

The CLCS is a body of the United Nations Convention on the Law of the Sea (UNCLOS) tasked to facilitate the establishment of the outer limits of the continental shelf beyond 200 nautical miles from the baselines from which the breadth of the territorial sea is measured. Under the Convention, the coastal State shall establish the outer limits of its continental shelf on the basis of the recommendation of the Commission. The outer limits become the fixed boundaries between the seabed areas within national jurisdictions and the international seabed areas, which are reserved for common heritage.

The recent CLCS elections were conducted through secret balloting during the 32nd Meeting of the States Parties to UNCLOS scheduled for the period 13-17 June 2022. Two-thirds majority of the votes from a total of 168 States Parties was needed to be elected to the Commission. Among all regional groups, the Asia-Pacific States Group (APG) was the most highly contested, with nine (9) candidates for five (5) vacant seats. The APG candidates were China, India, Japan, Oman, Malaysia, Pakistan, the Philippines, South Korea, and Viet Nam. The Philippines was elected after four (4) tough rounds, with 113 votes from a total of 164 States Parties present and voting.

Deputy Administrator Carandang is one of the country’s most eminently qualified technical expert, with strong quality management credentials for the CLCS. This is the first time that the Philippines, an archipelagic state, will serve in the Commission. The election of the Philippines promotes the principles of rotation, inclusion and representation among UNCLOS States Parties.

Deputy Administrator Carandang said, “I intend to bring to the CLCS table the common major concern raised by Member States during my meetings with them in New York last month, which is the backlog in the consideration of coastal States’ submissions. I will seek consensus as to how this should be addressed both internally and externally.”

Foreign Affairs Secretary Teodoro L. Locsin, Jr. vouched strongly for Deputy Administrator Carandang, saying, “Efren is the Philippines’ foremost authority on the technical intricacies of the law of the sea, which is to say that he is one of the very best in the world.”

Philippine Permanent Representative to the United Nations in New York, Ambassador Enrique A. Manalo, stated that “the Philippine candidature to the CLCS is a demonstration of our consistent adherence to international law-based regime in maritime governance and the peaceful use of the world’s seas and oceans.”