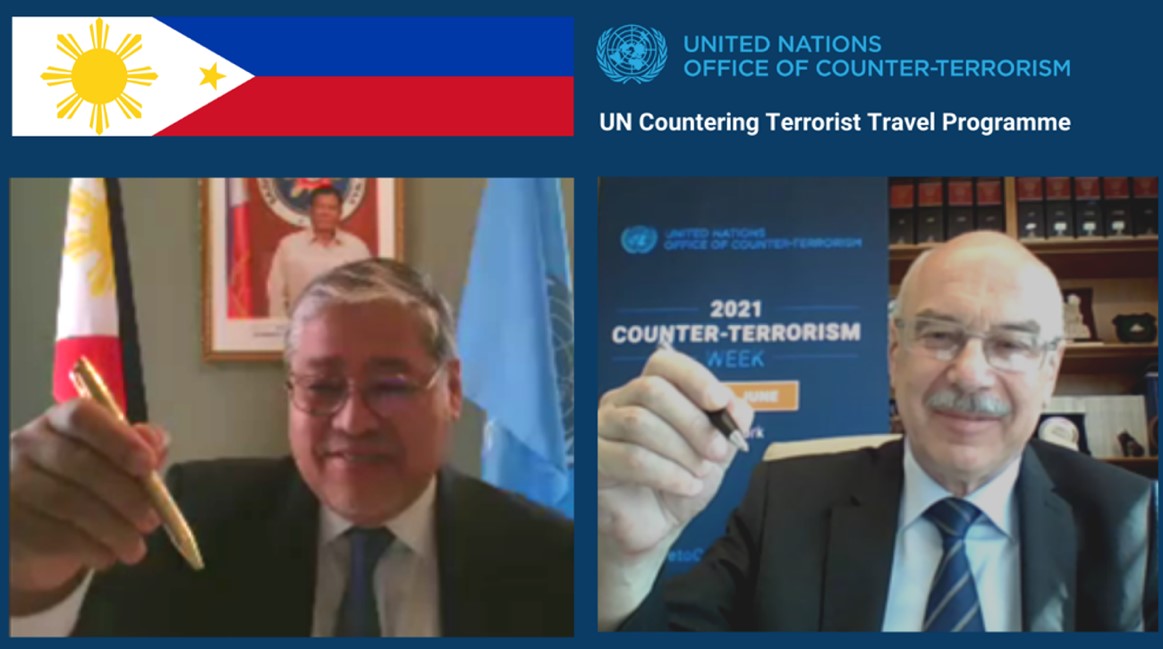 Ambassador Manalo noted that “the establishment of the strategic partnership between the Philippines and the United Nations through this MoU sets the framework for closer cooperation and regular consultations among Philippine and UN authorities, placing the Philippines in a better position to contribute to the global effort to counter terrorist travel.”

USG Voronkov said, “today’s MoU is a symbol of the solid partnership and mutual commitment between the Republic of the Philippines and the United Nations Office of Counter-Terrorism.” He added that “critically, this will assist the Philippines to identify and address ever-evolving terrorist threats within both the air and maritime environments.” 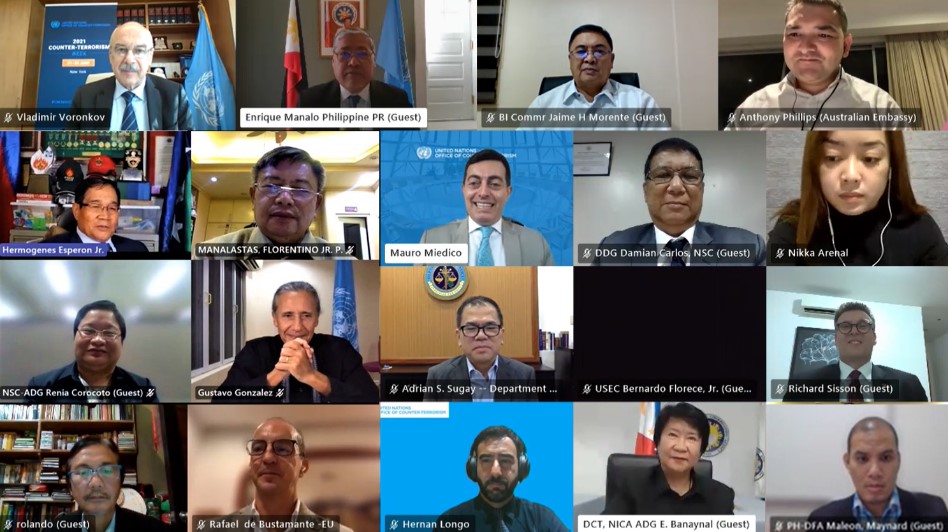 The CT Travel Programme aims to assist UN Member States to enhance their detection capabilities against terrorists and serious criminals using travel information, information exchange, and international databases per Security Council Resolutions 2178, 2396, and 2482. It is co-funded by contributions from Australia, the European Union, Japan, Kingdom of the Netherlands, the United States of America, the State of Qatar, and the Republic of India. END