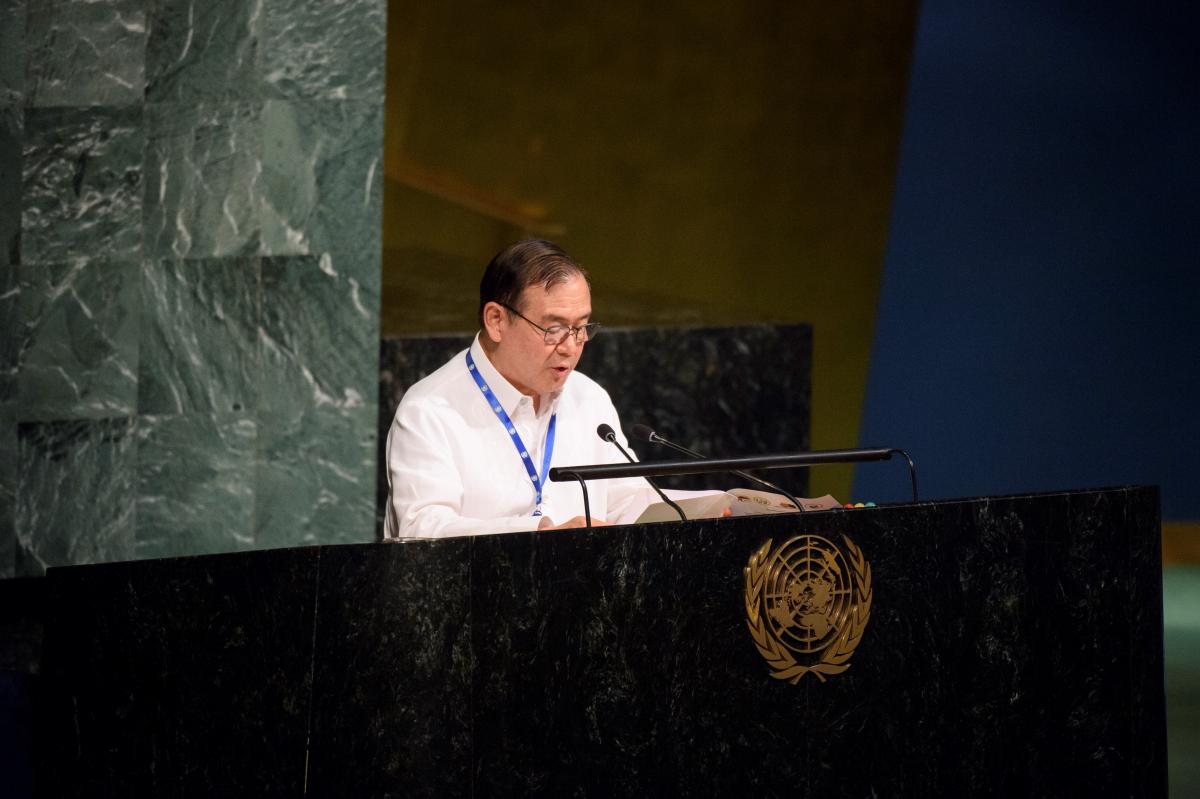 Ambassador Teodoro Locsin Jr., delivering the sponsorship statement before the UN General Assembly on the resolution to declare 16 June as International Day on Family Remittances. (Photo Credits to the UN Photo Library)

In introducing the resolution, Ambassador Teodoro L. Locsin, Jr. emphasized that the International Day on Family Remittances “provides the global community an opportunity to come together and recognize the efforts of millions of migrants that are using remittances to improve the lives of their families and to create a future for their children.”

The resolution invites all to observe and actively support the International Day to raise awareness of the impact of remittances. It recognizes the link between remittances and sustainable development, and acknowledge the fundamental contribution of migrant workers to the well-being of their families and communities of origin.

Speaking after the adoption, Ambassador Locsin said, “it is fitting that this resolution is adopted on the day that we celebrate our independence as this resolution is a tribute to the hard work and sacrifices of our overseas Filipino workers who are our modern day heroes.”

In 2017, a total of US$466 billion in remittances to developing countries were recorded, which is an increase of over 8.5 percent compared to 2016. In the Philippines, an estimated 205.2 billion pesos in remittances were sent by OFWs from April to September 2017.

The Philippines worked with Algeria, Guatemala and Madagascar in campaigning for the resolution. A total of 42 other Member States co-sponsored it. END