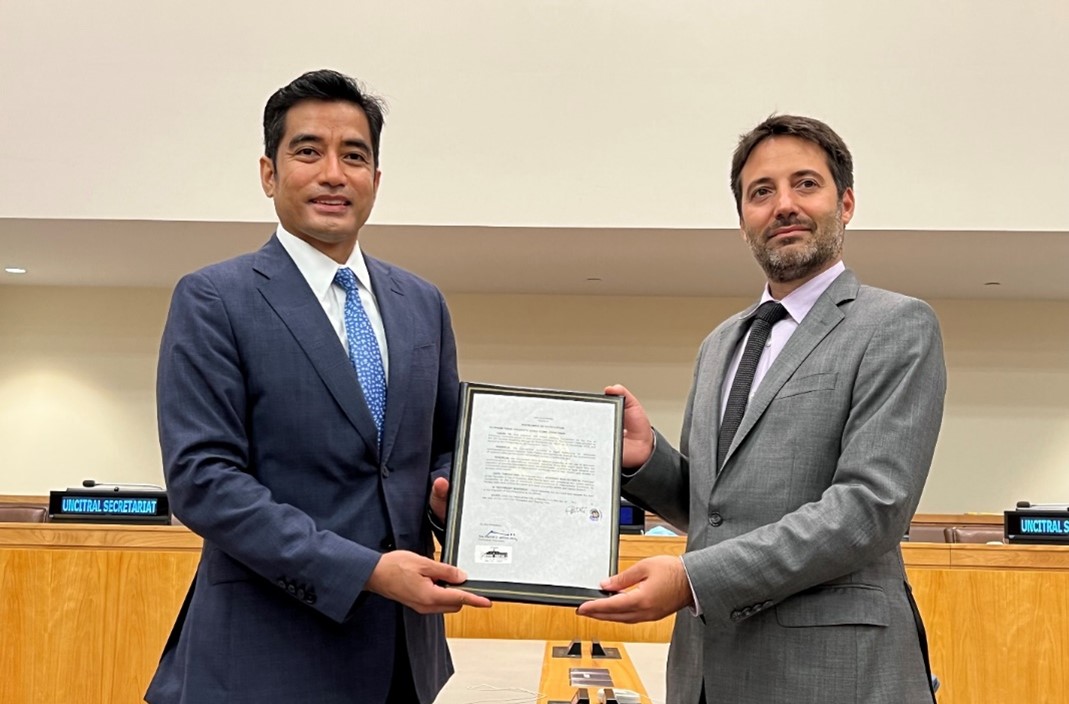 Ambassador and Chargé d'affaires, a.i, Ariel R. Peñaranda of the Philippine Mission to the United Nations deposits the instrument of ratification of the Convention on the Use of Electronic Communications in International Contracts with Mr. David Nanopoulos, Chief of Treaty Section at the UNCITRAL annual 55th session  (Photo Credit: New York PM)

UNITED NATIONS, NEW YORK, 7 July 2022 – Ambassador and Chargé d'affaires, a.i. Ariel Rodelas Peñaranda of the Philippine Mission to the United Nations deposited the instrument of ratification of the Convention on the Use of Electronic Communications in International Contracts (“Convention”) during the Digital Week of the 55th annual session of the United Nations Commission on International Trade Law (UNCITRAL) which took place in the UN Headquarters in New York.

The Convention, which was developed under the auspices of the UNCITRAL, aims at facilitating the use of electronic communications in international trade by assuring that contracts concluded and other communications exchanged electronically are as valid and enforceable as their traditional paper-based equivalents.

In his statement before the members of the UNCITRAL, Ambassador Peñaranda said, “Ratification of the Electronic Communications Convention, the only treaty that deals with e-commerce, is in line with the Philippines’ E-Commerce Roadmap.”

With this ratification, we will also move forward with the establishment of guidelines for cross-border mutual recognition of digital signatures, electronic communication and contracts, noting that the Convention facilitates technology-neutral mutual recognition among parties. This is a significant milestone in strengthening our cross-border international trade with key trading partners, some of whom are already States Parties, as it ensures that fundamental principles of e-commerce are recognized and enforced across borders,” Ambassador Peñaranda further added. 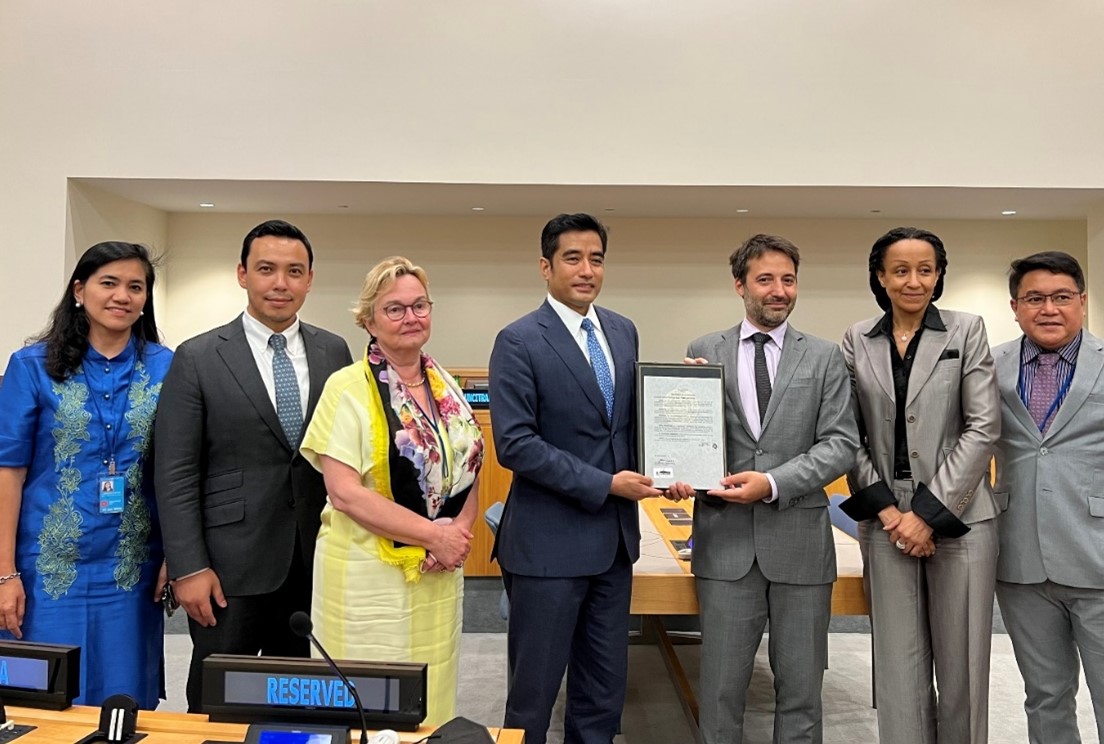