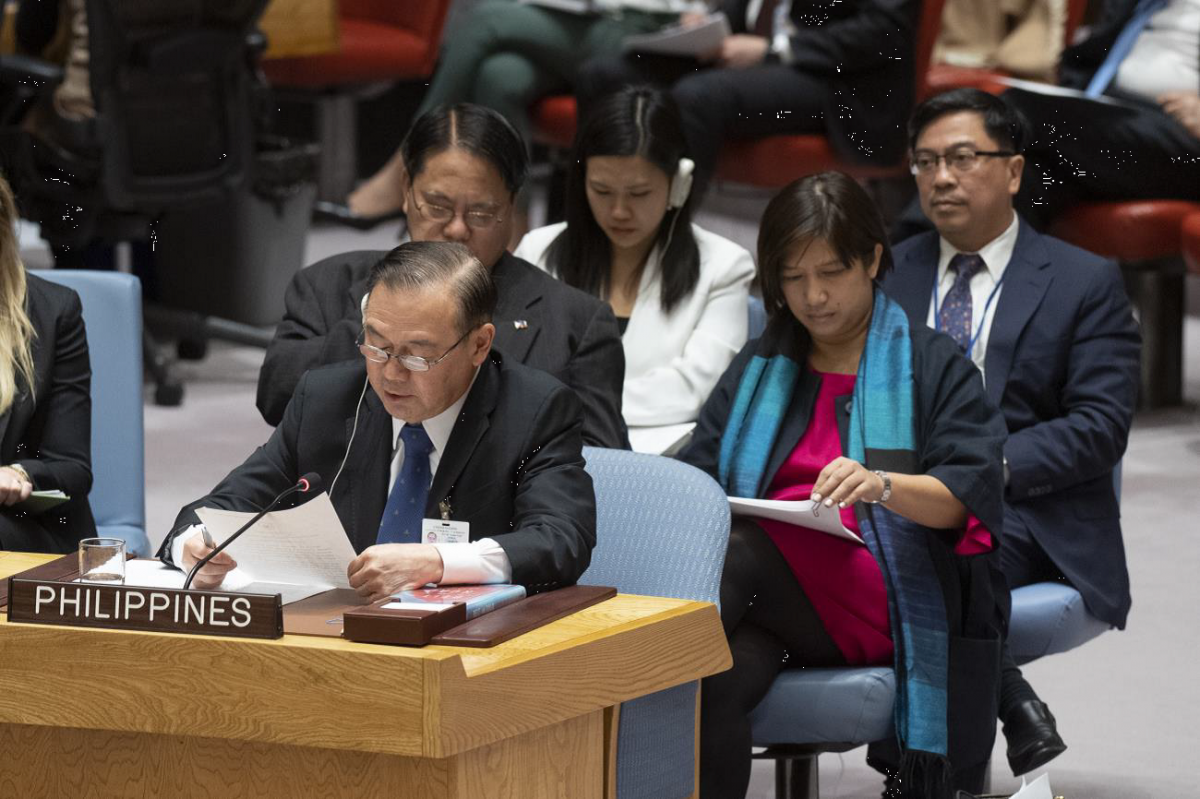 The Philippine delegation at the UN Security Council headed by Secretary Teodoro L. Locsin, Jr. at the open debate on combating the financing of terrorism (Photo credit: UN Photo/Eskinder Debebe)

Speaking before the Security Council, Secretary Locsin stressed that “money is the lifeblood of terrorism" and highlighted Philippine initiatives to combat the illicit financing of terrorism. He said that the Philippines has by law defined “terrorist financing as a separate crime and is working on amendments to the Human Security Act to address the exploitation of cyberspace for terrorism. The Philippines has likewise adopted the 2018-2022 National Anti-Money Laundering and Countering the Financing of Terrorism Strategy.

He noted that while remittance agencies have been used as a channel for terrorist financing, the challenge is to balance the requirements of counter-terrorism and the needs of Overseas Filipino Workers, as remittances account for 9.8% of our GDP.

He also cited the need to monitor funds going to non-profit organizations and the relationship between terrorism and the illegal drug trade.

The Philippine counter-terrorism efforts are anchored on respecting human rights because of the country’s overriding responsibility to protect the law-abiding against the lawless and the innocent against those threatening their safety and wellbeing.