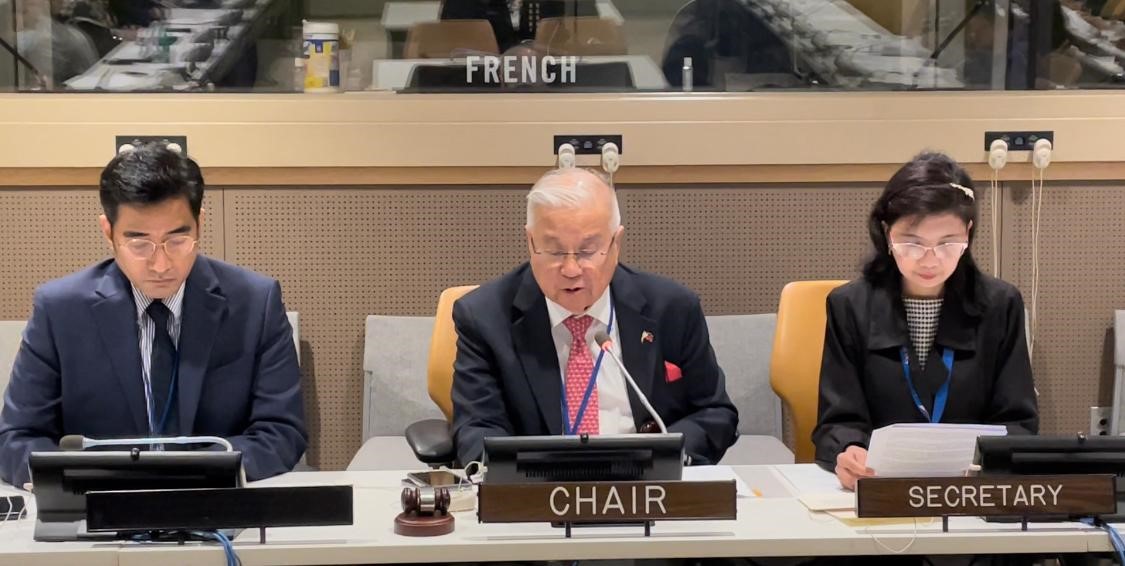 In his opening remarks, he acknowledged the improvements in the global health situation taking place each day, with the most recent allotment of vaccines to help address the Omicron sub-variants. He said that these developments motivated his delegation to hold the first Ambassadorial APG meeting in person after more than two years.

“We can support monthly in-person meetings should this be the modality that we will follow in the succeeding months, but with due regard to the safety and health advice of the relevant state and UN authorities,” he said.

As current Chair of the Asia-Pacific Group, PH leads discussions on issues concerning the region, including the Group’s candidatures and nominations to the United Nations and various UN bodies.

According to established practice, the meeting is conducted every end of the month, but for this month, the Philippines held the meeting in mid-September in view of the upcoming High-Level Week of the 77th session of the UN General Assembly, with most of the Heads of States and/or Foreign Ministers arriving in New York to participate in the High-Level Meetings scheduled for the second half of the month.