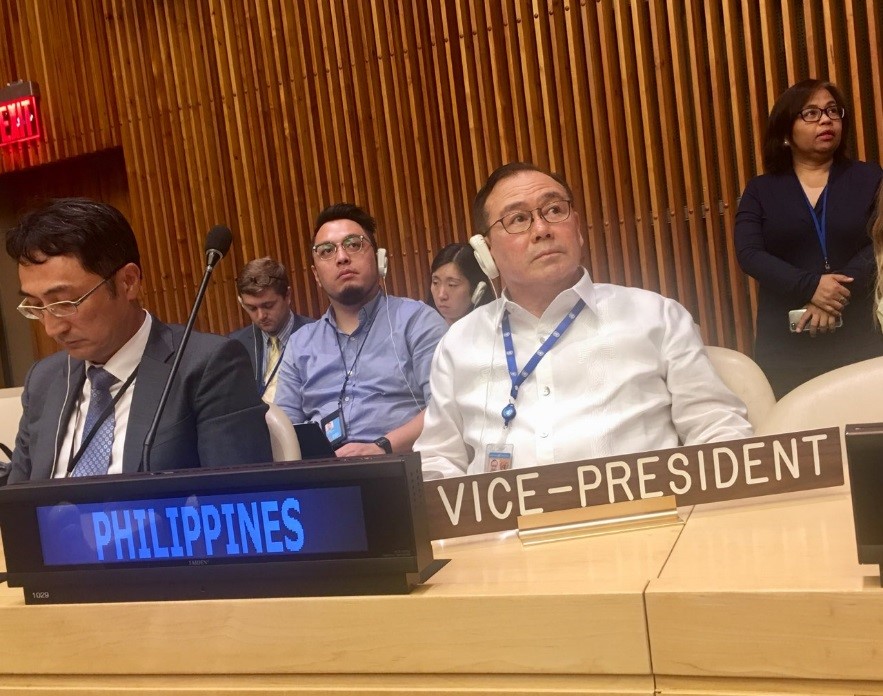 NEW YORK, 26 July 2018 – The Economic and Social Council (ECOSOC) elects H.E. Mr. Teodoro L. Locsin, Permanent Representative to the United Nations, as Vice-President to represent the Asia and the Pacific Group during the ECOSOC Organization Meeting, the first meeting of its 2019 session held on 26 July 2018 at the United Nations Headquarters, New York.

Ambassador Locsin will serve as a member of the ECOSOC Bureau for the 2019 ECOSOC Cycle.

The ECOSOC Bureau is elected by the Council at large in July. Its main functions are to propose the agenda, draw up a programme of work and organize the session, with the support of the United Nations Secretariat.

The Bureau of ECOSOC includes one Government from each of five regional groups within the United Nations. Each year, a representative from a region is chosen, on the principle of rotation, to head the Council as its President.

The ECOSOC is one of the six main organs of the United Nations which provides a platform for fostering debate and forging consensus on various issues focusing mainly on three dimensions of sustainable development namely economic, social and environmental to achieve internationally agreed goals. END