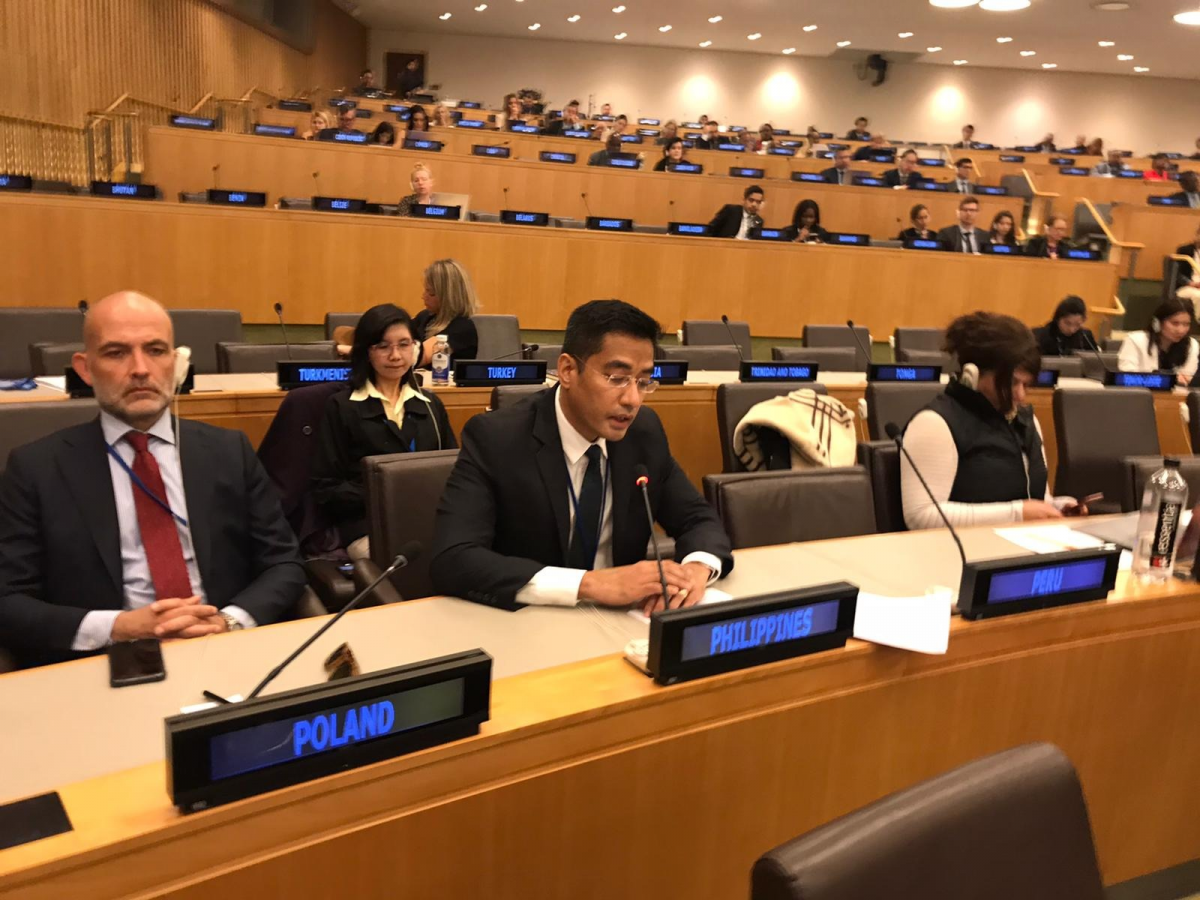 11 October 2019 - The Philippines applauded the highest-ranking Filipino official in the UN, Under-Secretary-General Heidi Mendoza, for her dedication, legacy and significant contribution to improve the Office of Internal Oversight Services (OIOS) and its functions since her assumption in 2015. USG Mendoza is retiring this October. The OIOS, UN’s internal oversight body, is tasked to improve the Office’s capability and functions for an efficient, effective and relevant United Nations.

Minister Ariel R. Peñaranda, Chargé d’ Affaires, a.i. of the Permanent Mission of the Philippines to the United Nations in New York, made the remarks during his intervention at the Third Formal Meeting of the Fifth Committee, the committee which handles the administrative and budgetary operations of the United Nations, during its Main Part of the 74th UNGA on 11 October 2019.

The OIOS assists the UN Secretary General (UNSG) in fulfilling the SG’s oversight responsibilities, specifically with respect to promoting responsible administration of resources, improved organizational performance and a culture of accountability and transparency.

In his statement, CDA Peñaranda stated that “the Philippines acknowledges the important role of the OIOS and welcomes the progress in the implementation of its initiatives to enhance the functioning of the Office and promote cooperation and coordination with relevant UN entities.” He also said that the country underscored the importance of the Office’s ability to perform its tasks based on sound decision-making and with less interference.

Finally, Minister Peñaranda commended the good cooperation among OIOS, Independent Audit Advisory Committee (IAAC) and other oversight entities, including the Board of Auditors and the Joint Inspection Unit, to reduce duplication of oversight work, without prejudice to the independence of each. “We encourage these Offices to continue to work closely with each other and relevant entities to carry out their responsibilities in a timely manner and ensure accountability and efficiency,” he said.