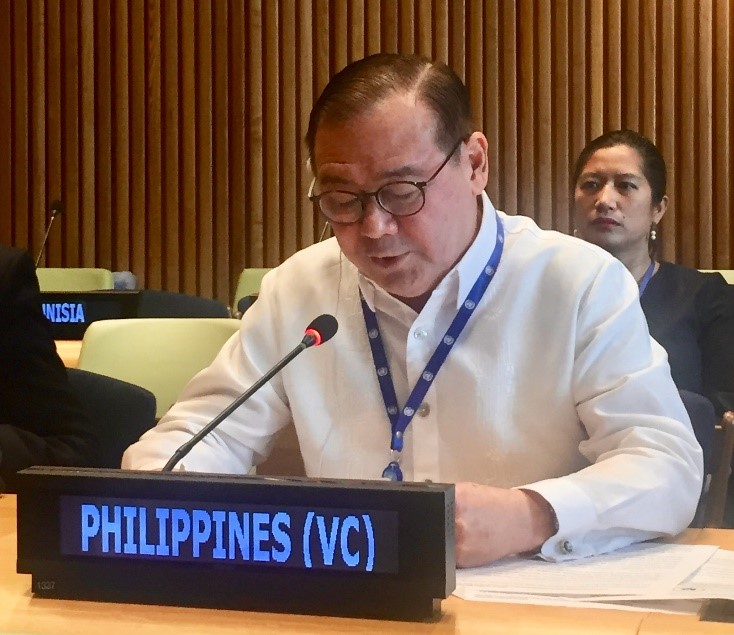 NEW YORK, 09 October 2018 – “The rule of law would be a self-mockery if it was not dependable, predictable and protective of human rights. And democracy would be mob rule—the worst kind—if its purpose was not the enforcement of human rights.”

This was the statement delivered by the Philippines at the United Nations General Assembly’s annual debate on the rule of law at the national and international levels.

Speaking before the Legal Committee of the United Nations, Ambassador Teodoro L. Locsin Jr., Permanent Representative to the United Nations, affirmed that the decision of the Philippines to withdraw from the International Criminal Court is the country’s “principled stand against those who politicize human rights, even as our country’s independent and well-functioning organs and agencies continue to exercise jurisdiction over complaints, issues, problems, and concerns arising from its efforts to protect its people.”