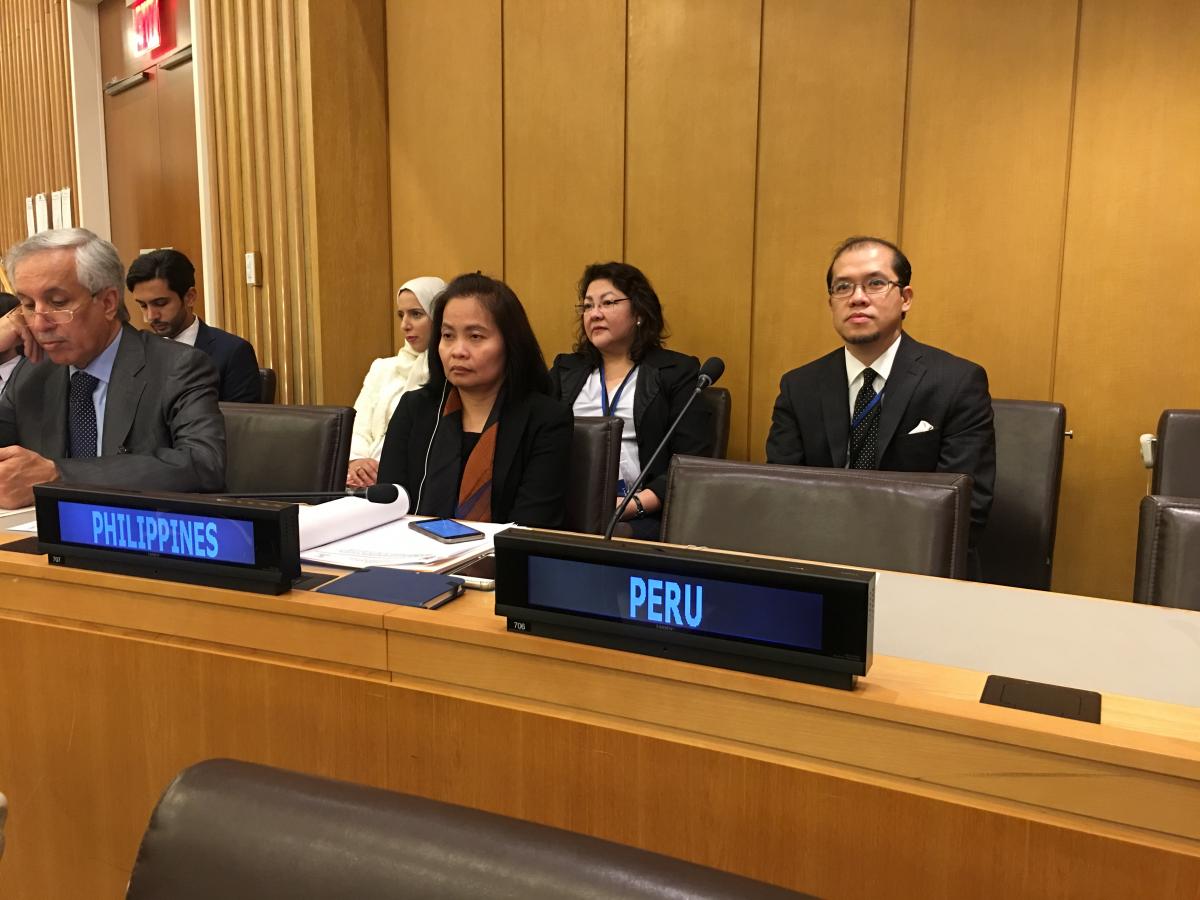 The Philippine delegation, led by DFA Assistant Secretary Noralyn Jubaira-Baja of the United Nations and Other International Organizations (UNIO), reaffirms the Philippines commitment to the Culture of Peace agenda of the Non-Aligned Movement (NAM) during its Ministerial Meeting on the margins of the 73rd Session of the UN General Assembly in New York.

26 September 2018, New York City – The Philippines reiterated the importance of mutual respect, tolerance, acceptance, reconciliation and respect for the rule of law to achieve a Culture of Peace at the Non-Aligned Movement (NAM) Ministerial Meeting held today on the sidelines of the UN General Assembly in New York.

In her statement, Assistant Secretary of the Department of Foreign Affairs Office of the United Nations and Other International Affairs (UNIO) Noralyn Jubaira-Baja said these elements set the stage “whereby conflict is avoided and injustice corrected by means conducive to peace rather than provocative of war.”

“This Ministerial Meeting comes at a crucial juncture when the 2018 Global Peace Index reported that ‘tensions, conflicts and crises that have emerged over the past decade remain unresolved, causing a gradual, sustained decline in global levels of peacefulness.’ The need to promote and sustain a Culture of Peace has never been greater,” Assistant Secretary Baja said.

“We therefore need to continue to build on our shared values and shared aspirations by strengthening mechanisms and actions through interreligious and intercultural dialogue, understanding and cooperation,” Assistant Secretary Baja concluded.

H.E. Mrs. María Fernanda Espinosa Garcés, President of the 73rd Session of the General Assembly said that NAM “can play a leading role in defending a rules-based multilateral system…this has to include full implementation of the 2030 Agenda for Sustainable Development which offers future generations a right to a decent life.”

Over 30 Member States delivered national interventions expressing support for the NAM’s Culture of Peace agenda which was the theme of this year’s Ministerial Meeting.

The Non-Aligned Movement emerged in the context of the wave of decolonization that followed World War II and was founded in 1961 by the leaders of the former Yugoslavia, Egypt, India, Ghana and Indonesia. NAM is composed of 120 Member States, including the Philippines, which “advocates for international cooperation, multilateralism and national self-determination.” END