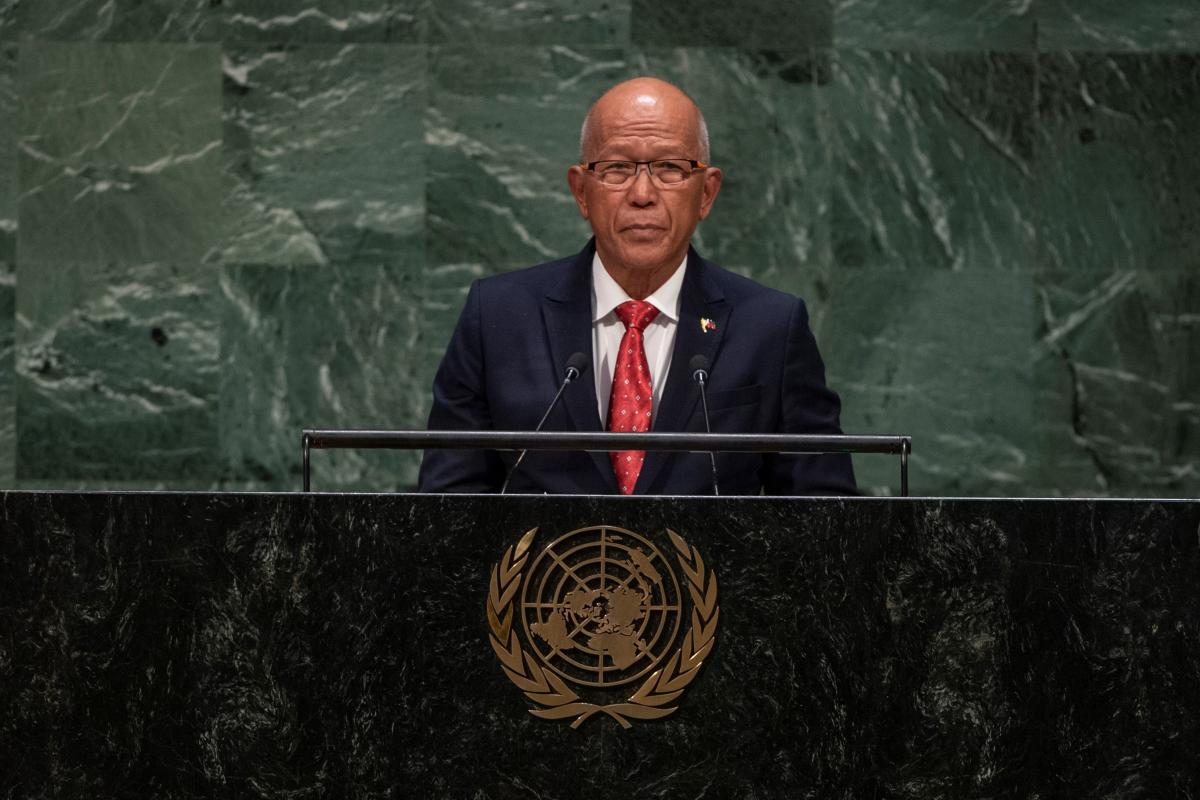 In his statement delivered before participants of the Ministerial Meeting, the Secretary stressed that the “Philippines is ready to increase its engagement in peacekeeping operations as the Philippine Government has decided to allow the deployment of military and police personnel in any area regardless of the security threat level.

“We will continue to ensure that our pledges under the UN Peacekeeping Capability Readiness System (PCRS) are met. Our government is committed to make available all necessary resources for peacekeeping operations within agreed response time. Our armed forces is currently enhancing capabilities in support of future peacekeeping deployments,” the Secretary explained during the meeting attended by Foreign and Defense Ministers of UN Member States.

The Secretary also affirmed that “the Philippines maintains its position that success in peacekeeping operations must be measured by how well we protect civilians especially the children and the prevention of sexual exploitation and abuse. In this regard, the Philippines supports the Vancouver Principles especially in the prevention of child recruitment in conflict areas.”

Launched on 15 November 2017 on the margins of the UN Peacekeeping Defence Ministerial held in Vancouver, Canada, the Vancouver Principles are a set of political commitments made by member states regarding training, planning, and the conduct and care of their own forces. The Vancouver Principles take an assertive stance on preventing child recruitment in the context of peacekeeping operations, specifically with regard to early warning and the active prevention of recruitment. As 27 February 2019, 73 UN Member States endorsed the Vancouver Principles including three (3) ASEAN Member States (Cambodia, Malaysia and Viet Nam).

The Secretary also assured the UN that Philippine personnel will be following very strict standards of conduct and behavior in the performance of their peacekeeping duties. “We have also adopted a more stringent criteria in the selection of peacekeeping candidates,” the Secretary said.

The Secretary-General António Guterres, in turn, stressed at the opening session that making missions stronger and safer is a key element of the Action for Peacekeeping or A4P initiative, along with refocusing peacekeeping with more realistic expectations and mobilizing greater support for political solutions. “Only our continued strong partnership can help us advance lasting peace and protection for those we serve,” Mr. Guterres said. The Secretary-General also pushed for triangular partnerships and joint contingents in which one group of governments provides equipment and training, and another provides troops and police; training to address safety and security challenges; and better equipment and local engagement.

UN Under-Secretary-General for Peace Operations (UNDPO) Mr. Jean-Pierre Lacroix said that more than 110 Member State participants gathered in New York demonstrated “the deep and widespread commitment to peacekeeping by Governments across the world.” “We cannot achieve lasting peace without our partners,” he underscored, appealing for support to political solutions and peace agreement implementation.

UN High Commissioner for Refugees (UNHCR) Special Envoy and Oscar-winning actress Angelina Jolie delivered the keynote address of the Ministerial Meeting, stating that “UN missions often represent the last and only hope for millions of people facing daily threats to their safety and basic rights…it is in the hands of the governments you represent that enable peacekeeping to live up to its ideals and needs of our time.” Ms. Jolie also said that the world “will remain stuck in a cycle of violence and conflicts as long as nations put almost every other issue ahead of equality for women.”

Building on the ongoing effort to strengthen peacekeeping operations through the Secretary-General’s Action for Peacekeeping initiative (A4P) and the previous peacekeeping ministerials and summits in New York (2014), the Leaders’ Summit on Peacekeeping in New York (2015) and the Paris (2016), London (2016), and Vancouver (2017), the meeting presented an opportunity to discuss and generate the specialized capabilities necessary for contemporary United Nations peacekeeping, with a specific focus on uniformed capabilities, performance and the protection of civilians.

“The Philippines renews our commitment to the Declaration of Shared Commitment on UN Peacekeeping Operations along the Action for Peacekeeping or the A4P initiative,” Secretary Lorenzana concluded.

This is the first time that a Philippine Defense Secretary has addressed the General Assembly since the Philippines contributed to UN Peacekeeping Operations in 1963.

Over 50 Member States from troop- and police-contributing countries (T/PCCs) and donor countries delivered their respective interventions during three sessions of the Ministerial Meeting. The 2020 UN Peacekeeping Ministerial is being proposed to be held in the Republic of Korea (ROK). END