PH to the United Nations: fight against the drug problem unwavering 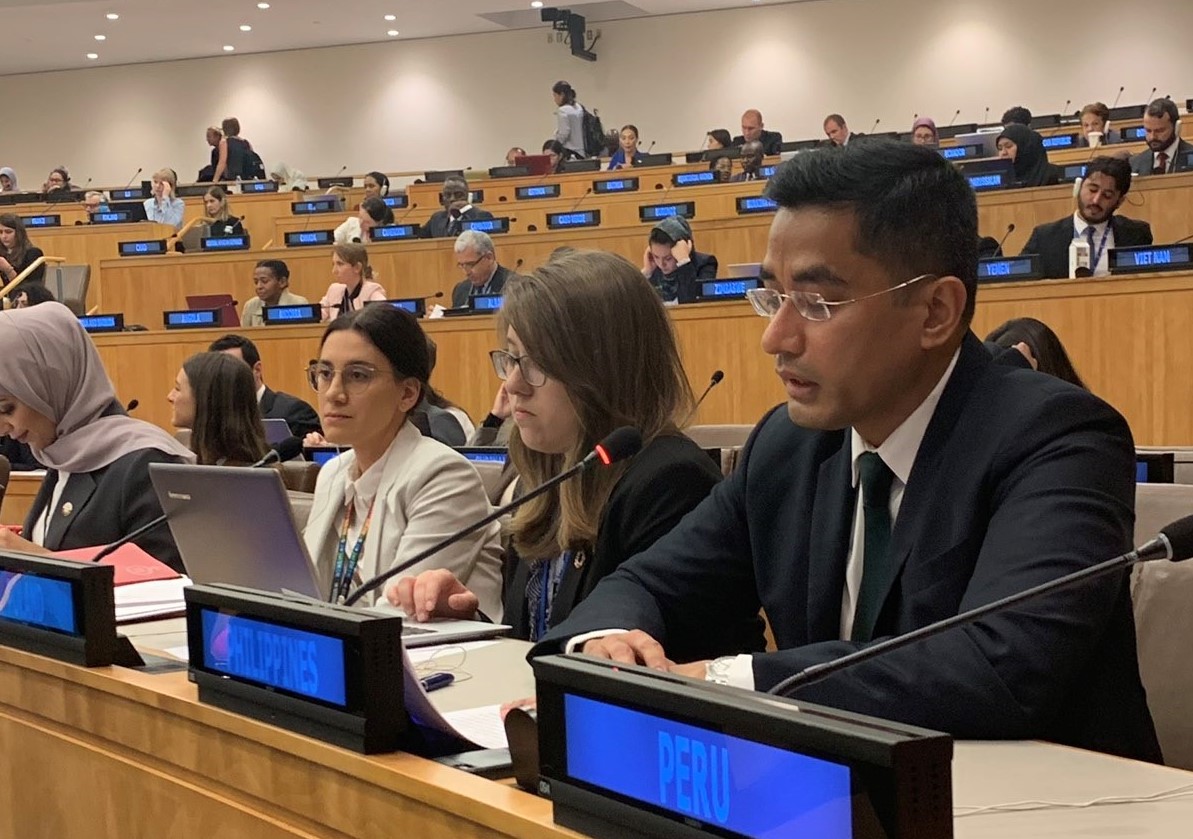 Photo caption: Mr. Ariel Rodelas Peñaranda, Minister and Chargé d’ affaires, a.i., of the Permanent Mission of the Republic of the Philippines to the United Nations

03 October 2019, New York - The Philippines highlighted the negative effects of illegal drugs and the Philippines’ unwavering efforts in addressing the drug problem during the deliberation of Item 108 on International Drug Control in the Third Committee of the United Nations General Assembly. Speaking on behalf of the Philippines, Minister and Chargé d’ Affaires, a.i. Ariel Rodelas Peñaranda stated, “President Duterte was elected on a platform of addressing the illegal drugs menace – capturing producers and dealers, rescuing users, and eliminating drugs,” and that “government is unwavering in its duty of protecting the lawful against the lawless.”

The said statement echoes the words of Foreign Affairs Secretary Teodoro L. Locsin, Jr., in the national statement he delivered on 28 September 2019 during the High-Level Week of the UN General Assembly, which stressed that the Philippines renews its commitment to upholding human rights “but starting with the right of the many who are good, to be safe and be protected from the bad…”

In his Third Committee intervention, Minister Peñaranda also emphasized that the Philippines is mindful of its obligations under international law, particularly international human rights law. He noted that the success of the anti-illegal drug campaign is credited for significant reduction of index crimes in metropolitan and urban areas in the Philippines. In terms of rehabilitation, he said that illegal drug users who successfully complete clinical treatment and community-based rehabilitation are again able to realize their fullest human potentials in dignity.

Minister Peñaranda asserted that law enforcement activities were carried out within the bounds of law and missteps if committed are being addressed through functioning accountability mechanisms. He said that the Philippine leadership is serious in pursuing a zero-tolerance policy on human rights violations.

Minister Peñaranda concluded his statement by citing that the Philippines stands ready to cooperate with other Member States and the international community in the fight against illegal drugs, “in accordance with our obligations under international law, the principle of state sovereignty, and with our commitments to the Filipino people.” END.