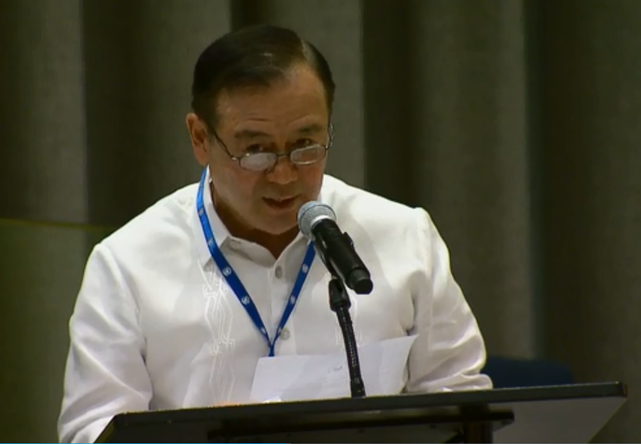 NEW YORK, 02 July 2018 –Prevention is at the core of the responsibility to protect and thus, there is a need to strengthen national institutions for good governance. This was the key message of Permanent Representative Teodoro L. Locsin, Jr. in his statement at the United Nations General Assembly Debate on the "The responsibility to protect and the prevention of genocide, war crimes, ethnic cleansing and crimes against humanity," which was held at UN Headquarters, New York.

Ambassador Locsin stressed the “need to instill values opposed to extremism, criminality, and terrorism, while promoting tolerance and the welcome pluralism of the law-abiding.”

The Philippines expressed support for UN Secretary-General Antonio Guterres’ principle in placing prevention at the center of the UN peace and security reform agenda, which includes discouraging the misuse of the concept of the responsibility to protect for political purposes to justify foreign intervention in domestic law enforcement.

In his remarks, Secretary-General Guterres underscored that the debate is critical to dispel misconceptions and mistrust on double standards and the selective use of the principle in the past and to “forge mutual understanding and establish stronger support for the responsibility to protect as a key tool of protection and prevention.”