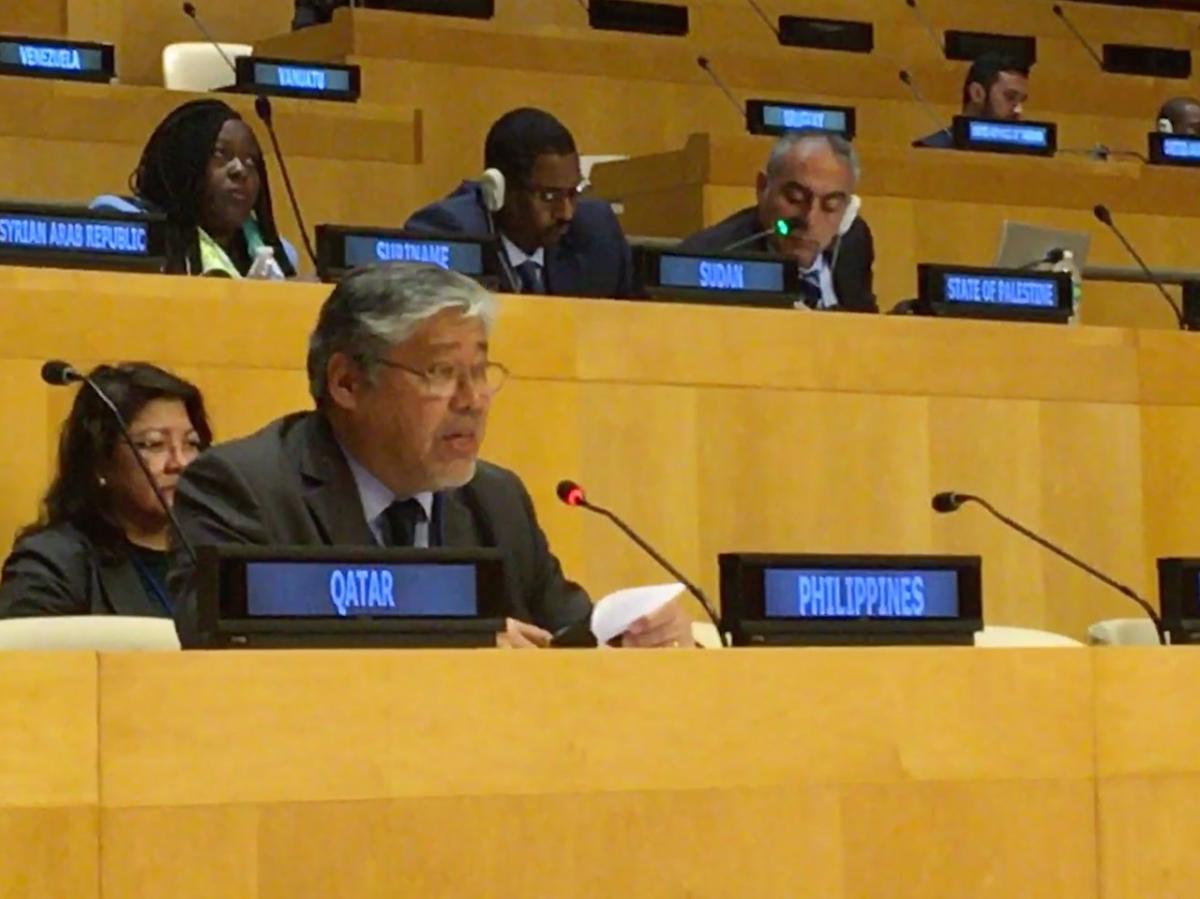 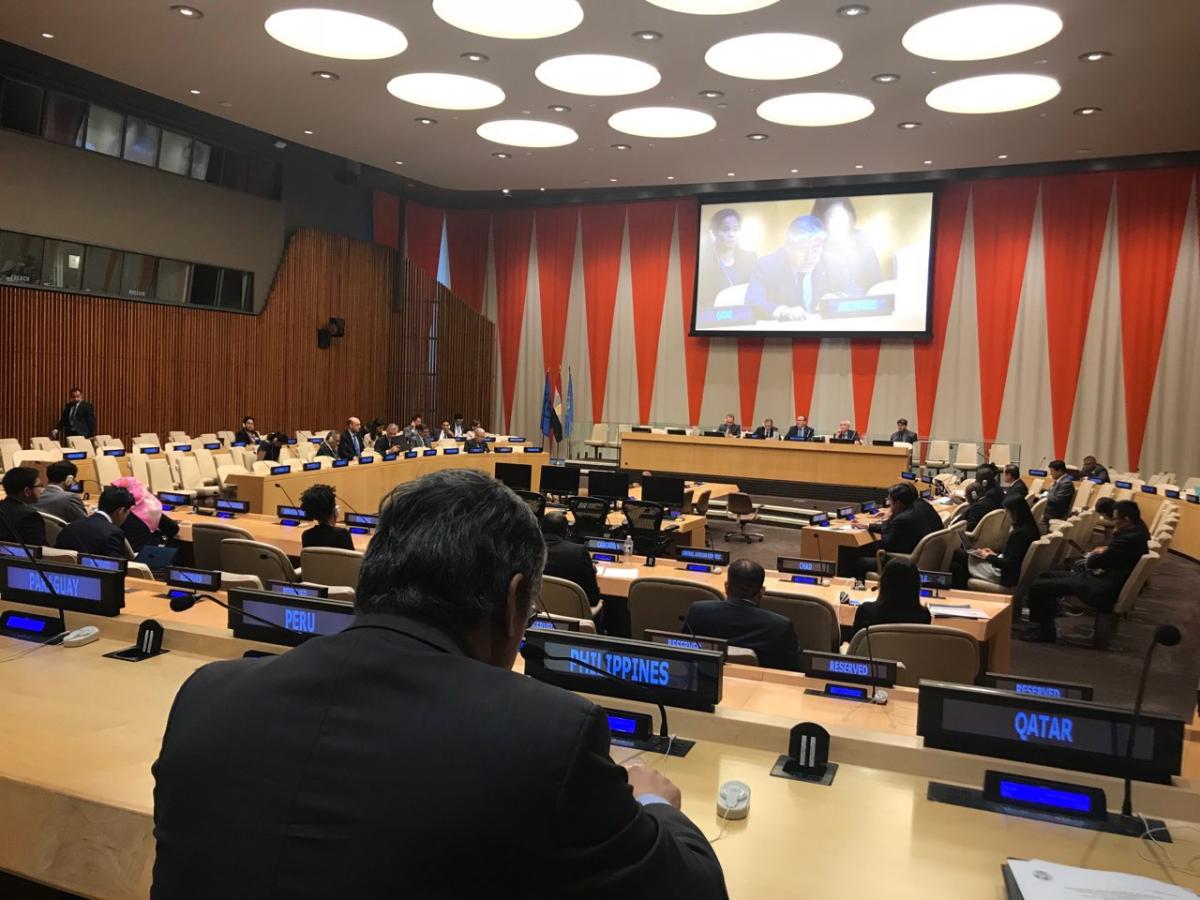 H.E. Mr. Enrique Manalo, Undersecretary for Policy of the Department of Foreign Affairs, highlights PH’s socio-economic priorities at the G77 and China Ministerial Meeting held at the UN Headquarters in New York.

27 September 2018, New York – H.E. Mr. Enrique Manalo, Undersecretary for Policy of the Department of Foreign Affairs, highlighted the Philippines’ socio-economic priorities for the 73rd Session of the United Nations General Assembly at the 42nd Annual Meeting of the Ministers for Foreign Affairs of the Group of 77 (G77) and China held on 27 September 2018 at the ECOSOC Chamber, UN Headquarters, New York.

Undersecretary Manalo underscored that President Rodrigo Duterte’s Socio-Economic Agenda centers on achieving peace, social progress and sustainable development, with no Filipino left behind. He underlined that the Philippines stands in firm solidarity with the Group in emphasizing the intricate nexus between peace and security and sustainable development, and the need to address poverty eradication in all its forms and dimensions.

The Undersecretary specifically identified the following priorities: the transparent and inclusive implementation of the ongoing reforms of the UN Development System (UNDS); inclusion of multidimensional poverty measures as one of the performance indicators for the implementation of the 2030 Agenda; strengthened international cooperation to ensure the safe, orderly and regular migration involving full respect for human rights and the humane treatment of migrants, regardless of their migration status, as well as of refugees and displaced persons; increased investment in and involvement of the youth to ensure the full realization of their capabilities; stronger political commitment to end persistent health challenges, such as tuberculosis, non-communicable diseases, cholera, malaria and HIV/AIDs; and support for the deliberative discussions on mental health and universal health coverage.

He also underlined active and sustained advocacy for the principle of common but differentiated responsibilities in the area of climate change and resilience, and urged that discussions on disaster-risk reduction should be elevated to the highest levels across the UN system.

He further stressed that strengthened South-South and Triangular Cooperation as a strategy to promote collective self-reliance and the promotion of a culture of peace, intercultural and interfaith dialogue, and cooperation are vital concerns for PH.

The G77 and China, the largest grouping of developing countries in the UN, remains the country’s strategic partner in advancing PH positions on various issues such as migration, middle-income countries, disaster risk reduction, financial inclusion, remittances, SDGs, and human rights, in the UN in New York, Geneva, Vienna, Nairobi and in Rome.

During the meeting, the Ministers adopted the G77 and China Ministerial Declaration and welcomed the State of Palestine as the incoming Chair of the Group for 2019 from the Asia Pacific Group. END