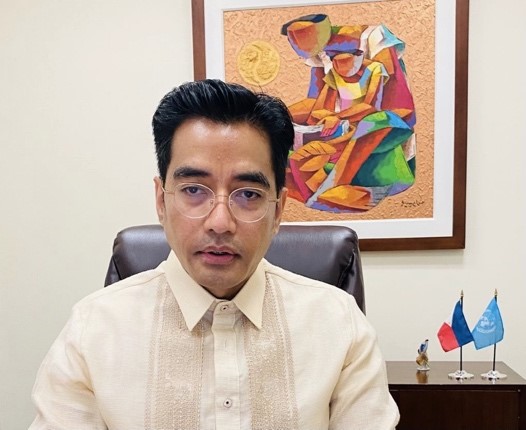 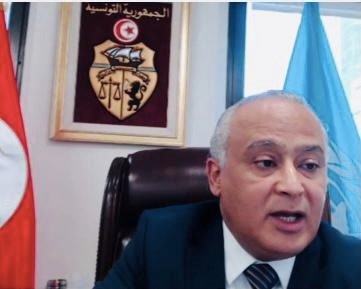 Deputy Permanent Representative Ariel R. Peñaranda of the Philippine Mission to the United Nations thanks Ambassador Tarek Ladeb, Permanent Representative of Tunisia to the United Nations and Chair of the Counter-terrorism Committee, for the opportunity for the Philippine government officials to brief the Committee on 28 May 2021.

16 June 2021, New York – At a Security Council meeting today, the Philippines said it pursues increased vigilance against terrorism despite its resources being stretched by the COVID-19 pandemic. This was stated by Deputy Permanent Representative Ariel R. Peñaranda of the Philippine Mission to the United Nations who also stressed that any threat to the protection and safety of the Filipino people, including those to public health, is necessarily a national security issue.

DPR Peñaranda quoted President Rodrigo Roa Duterte who said in a recent regional Summit that “the pandemic has not killed terrorism. It remains alive, lurking in the shadows….We must, therefore, be always on the alert.”

The informal virtual meeting, held in the format of a UN Security Council Arria Formula,  included discussion regarding the impact of the COVID-19 pandemic on international efforts to prevent and counter terrorism and violent extremism.

“With the increased use of the internet during the pandemic, terrorists and extremists have taken advantage of an online captive audience to spread disinformation and extremist narratives and pursue similar activities in this platform,” DPR Peñaranda said. He added, “The Philippines is exerting efforts to counter such disinformation and narratives, especially on social media.”

The Philippine representative further underlined the importance of an effective legal framework in implementing counter-terrorism measures. He noted that last year, the Philippines passed the Anti-Terrorism Act, which aims to prevent and counter terrorism while ensuring the protection of civil and political rights, to fulfill its commitments under the UN Global Counter-Terrorism Strategy and relevant Security Council resolutions.

Ambassador Tarek Ladeb, Chair of the Security Council Counter-Terrorism Committee, underscored the increasing resurgence during the pandemic of violent extremism, extremist ideologies, and terrorist crimes resulting from supremacist and xenophobic groups that disseminate hate speech, misinformation and conspiracy theories about minorities and groups.