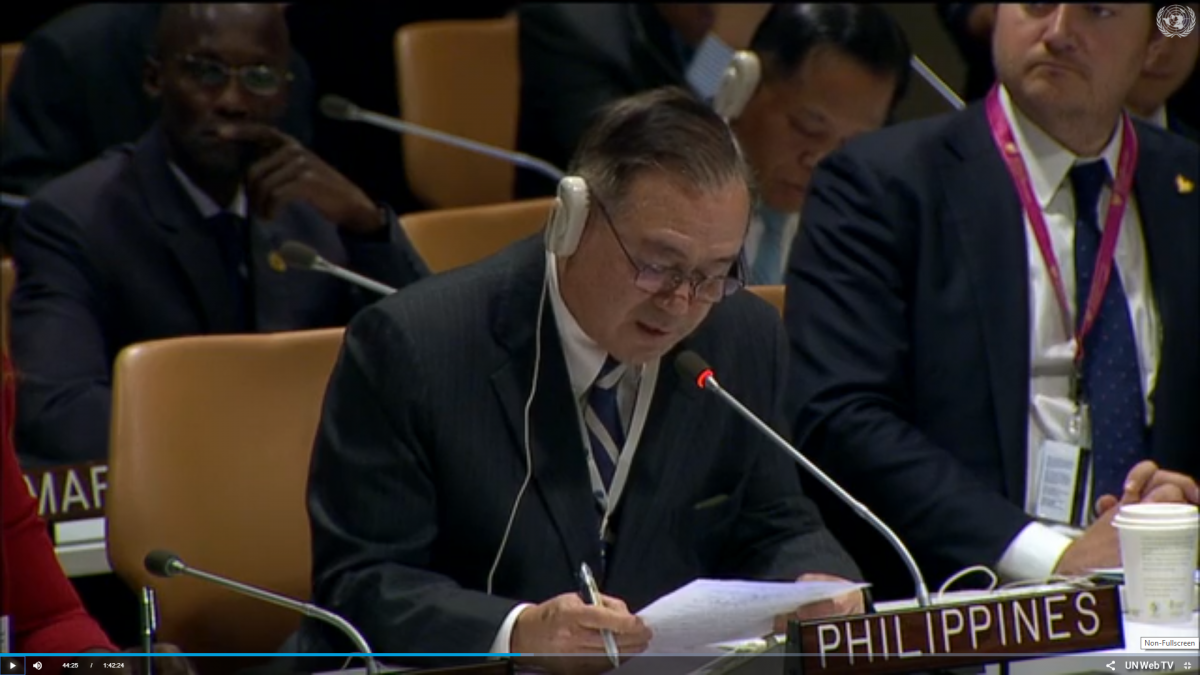 Speaking at the high-level event entitled “70th Anniversary of the Geneva Conventions: Investing Humanity through Multilateralism” held on 23 September 2019 at the sidelines of the 74th session of the United Nations General Assembly, Secretary Locsin reminded States to keep the spirit of the Geneva Conventions alive, especially in the wars of terror.

“In the most difficult and perilous tasks and times ahead, we owe decency towards our fellow human beings, especially the weakest. For it is they who have the strongest claim on us to protect them. There is no obligation to protect the strong. There is a morally and rationally compelling duty to risk our safety and lives – we who are able to save the weak. Therein lies the highest nobility of people. No greater love than to give one’s life for the helpless,” Secretary Locsin stated.

The side event was organized by the Permanent Missions to the UN of China, South Africa, Switzerland and the International Committee of the Red Cross. END