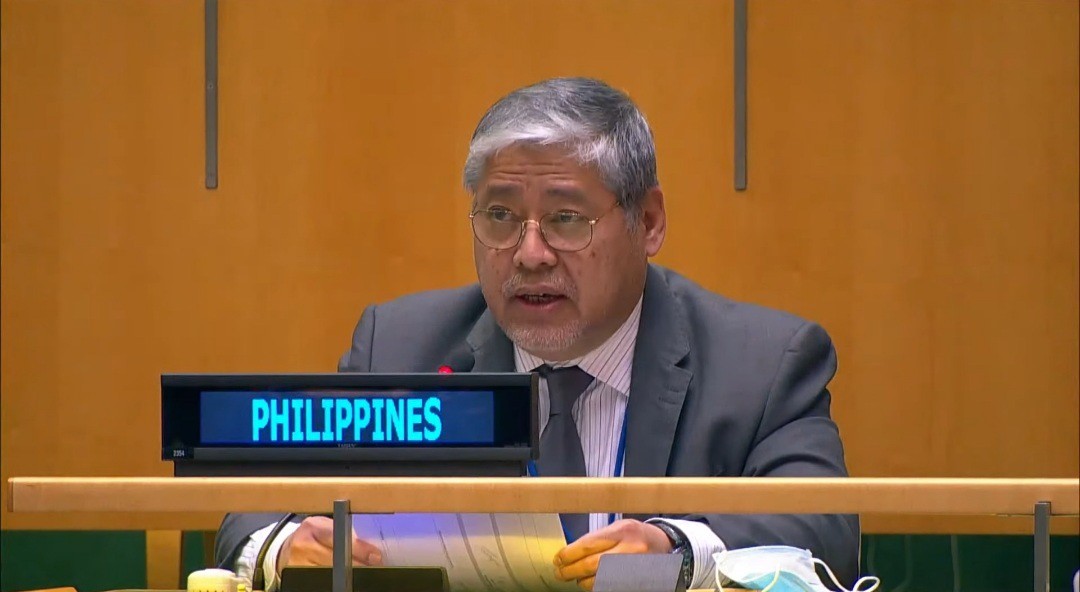 Ambassador Enrique A. Manalo highlights the priorities of the Philippines in the human rights agenda of the UN in his statement before the Third Committee on 30 September 2021 at the UN General Assembly.

UNITED NATIONS, New York, 30 September 2021 – “The Philippines has long been a staunch advocate of the rights of women, children, older persons, persons with disabilities and migrants,” said Permanent Representative of the Philippines to the United Nations, Ambassador Enrique A. Manalo, as he addressed the Third Committee of the General Assembly in its opening session today.

Ambassador Manalo highlighted the Philippines’ strong commitment to human rights and referred to the implementation of the PH-UN Joint Program on Human Rights through capacity building and technical cooperation in six (6) specific areas.

“The Philippines upholds the value of constructive engagement and genuine dialogue in enhancing human rights on the ground as opposed to unilateral and political approaches,” Ambassador Manalo added.

The Ambassador also stressed the impacts of the pandemic on vulnerable persons and emphasized the urgent need to address vaccine inequality, while citing that 80% of available vaccines have gone to upper and high-income countries.

“The Philippines calls on all States and stakeholders to treat vaccines as a global public good and to work together towards its equal global distribution,” he added while noting the Philippines’ contribution to COVAX amounting to 1.1 million USD as well as its commitment to support multilateral approaches aimed at equitable vaccine access.

Ambassador Manalo also spoke about policies and initiatives of the Philippine government on the issues of gender equality and trafficking in persons. He sought the support of delegations to the Philippine-led resolution on Violence against women migrant workers which has consistently been adopted without a vote at the Third Committee.

The Third Committee begins its work today and will continue until 19 November 2021. It is mandated to discuss social, humanitarian and human rights issues. In his address to the Committee, the President of the General Assembly, H.E. Abdulla Shahid, said that “the Third Committee has the ability to put in motion political, economic, humanitarian and social changes in our societies.” END 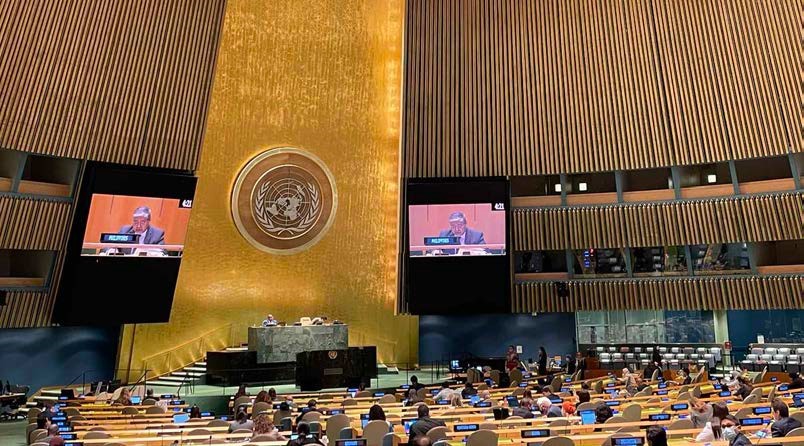