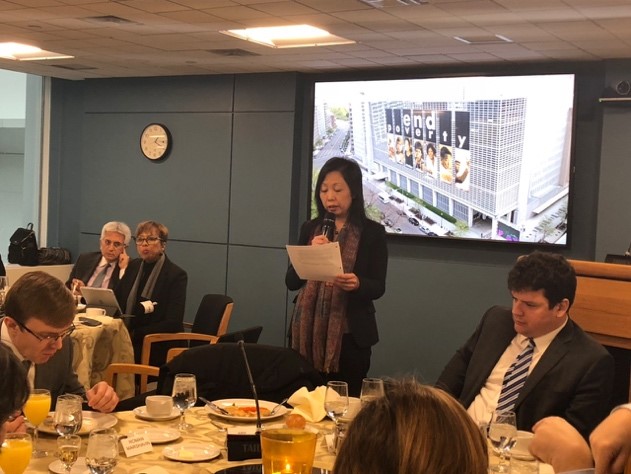 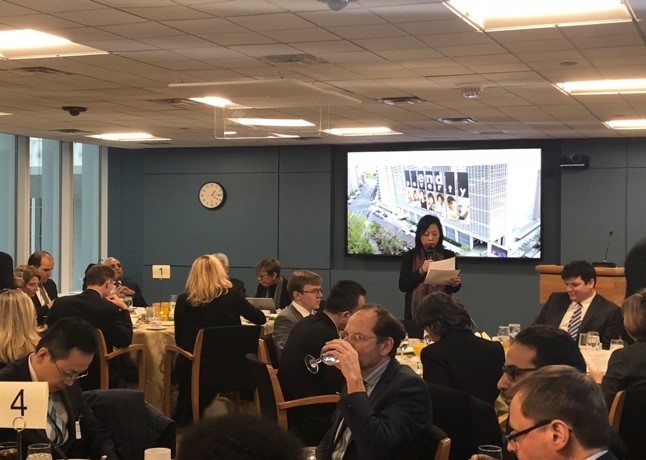 17 January 2019 - The Philippines, as ECOSOC Vice President, led the discussions on “Fintech and Financial Inclusion” during a working lunch of the ECOSOC Bureau with the Executive Directors and Senior Staff of the World Bank Group last 17 January 2019 in Washington DC.

In her opening statement, Charge d’affaires a.i. and Deputy Permanent Representative Ms. Kira Danganan-Azucena underlined that, at the UN, more space should and can still be given to discuss the new technologies and their impacts on our daily lives.

Ambassador Danganan-Azucena stated that financial inclusion remains a priority for ECOSOC and the UN since it is an important enabler of development progress and a means of realizing the SDGs. She cited of the Task Force on Digital Financing launched by the UN Secretary-General, with representation from private entities, the UN system, and the World Bank to leverage the potential of innovative technologies for financial inclusion and to further understand the challenges.

Citing national experience, Ambassador Danganan-Azucena shared that the Philippines has made financial inclusion a priority through its National Strategy for Financial Inclusion.  This Strategy is based on 4 pillars: i) policy regulation and supervision; ii) financial education and consumer protection; iii) advocacy; and iv) data and measurement.

The working lunch was part of the ECOSOC Bureau visit to the World Bank Group in preparation for the 2019 ECOSOC Forum on Financing for Development (FfD) follow-up (15-18 April 2019, New York), in particular the special high level meeting of the Council with the Bretton Woods institutions, the World Trade Organization and the United Nations Conference on Trade and Development.

The UN Delegation led by H.E. Ms. Inga Rhonda King, President of the ECOSOC, included representatives representing the Bureau of ECOSOC namely the Philippines, Norway, Belarus, and Morocco, and the UN Secretariat. The Co-facilitators of the 2019 High Level Dialogue on Financing for Development, namely Canada and Ghana, and the Co-facilitators of the outcome document of the 2019 ECOSOC Ffd, namely Zambia and Italy, also joined the visit.

To contextualize the current challenge, Ambassador Azucena-Danganan quoted author and historian Mr. Yuval Noah Harari, as follows: “The democratic system is unequipped to deal with the next shocks, such as the rise of AI and the blockchain revolution. Already today, computers have made the financial system so complicated that few humans can understand it. As AI improves, we might soon reach a point when no human can make sense of finance anymore. What will that do to the political process? Can you imagine a government that waits humbly for an algorithm to approve its budget or its new tax reform? Meanwhile, peer-to-peer blockchain networks about cryptocurrencies such as Bitcoin might completely revamp the monetary system, making radical tax reforms inevitable.”

Ambassador Danganan-Azucena also underlined the importance of exploring areas of collaboration between member countries and the international financial institutions such as WBG and IMF on fintech innovations and financial inclusion. She recalled that the World Bank Group and the International Monetary Fund (IMF) launched the “Bali Fintech Agenda” on 11 October 2018, in Nusa Dua Bali, Indonesia during the 2018 Annual Meetings of the IMF-WBG. The said Agenda comprised a set of 12 policy elements aimed at assisting member countries to achieve the benefits and opportunities of advances in Fintech. She inquired on the WBG visions for the Bali Fintech Agenda and how it supports the efforts towards achieving the 2030 Agenda.

The ECOSOC Bureau also met with the Executive Directors and IMF Senior Staff where the IMF presented its update on the Global Economic Outlook. The meetings with the WBG and the IMF also discussed thematic topics on Public debt, vulnerability and the SDGs, and on “The future of work and job creation.”

The Bureau’s visit to DC also provided an opportunity to engage the Bretton Woods Institutions in the preparation of the High-Level Dialogue on Financing for Development to be held in September 2019 at the UN Headquarters in New York, USA. END