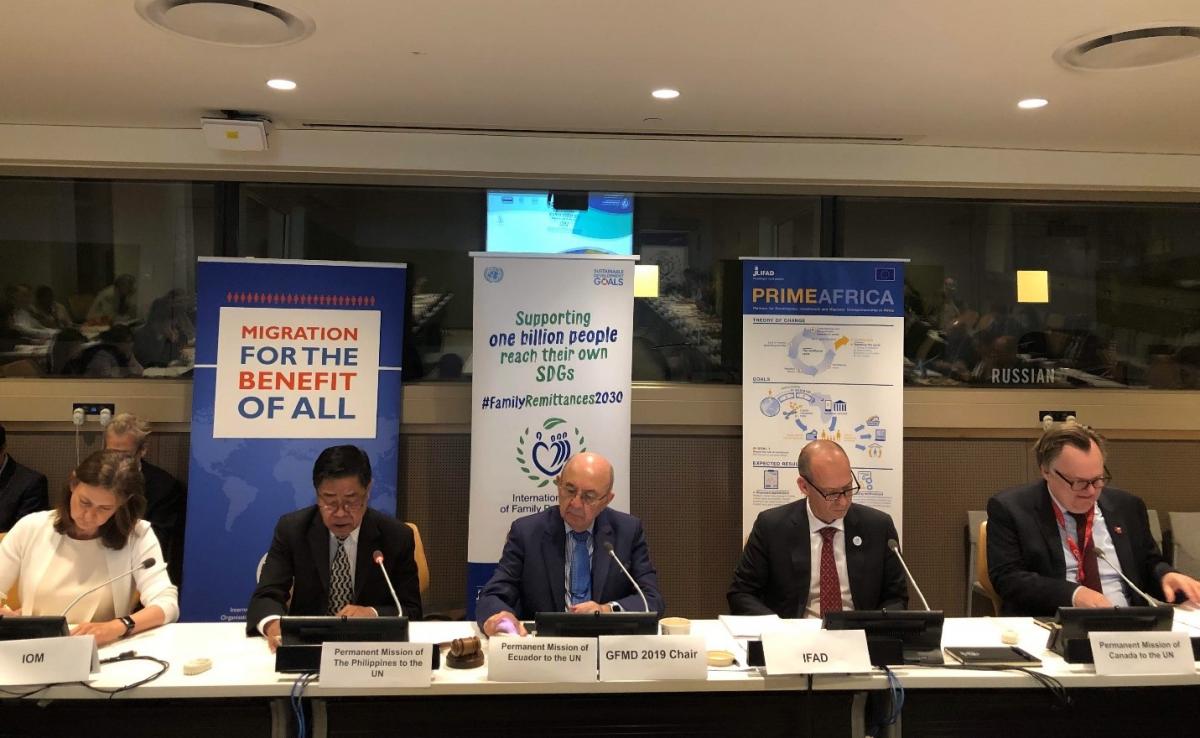 Photo caption: 14 June 2019, New York. Consul General Claro M. Cristobal stresses that PH leadership in lauching the International Day of Family Remittances is a tribute to the hard work, resilience and sacrifices of the 10 million-strong overseas Filipino workers who are our modern day heroes. END

14 June 2019, New York – The Philippines’ leadership role in the adoption of the UN General Assembly resolution that marked the International Day of Family Remittances is a tribute is a tribute to the hard work, resilience and sacrifices of 10 million-strong overseas Filipino workers who are modern-day heroes.

Speaking during the United Nations’ observance of the International Day of Family Remittances, Consul General Claro M. Cristobal stated that the Philippine Government has long recognized the human face of migration and the link between remittances and sustainable development.

“The transformative potential of the benefits of remittances in the lives of migrant workers, their families, their communities and their countries are huge,” Consul General Cristobal said, stating that if leveraged, coupled with lower costs for transfers, the global community could responsibly and decisively attain our shared commitment to leave no one behind.

Looking at the data, remittances from overseas Filipinos account for 10 per cent of the country’s gross domestic product (GDP).  In 2018 personal remittances, consisting of cash and non-cash items that flow through both formal or via electronic wire and informal channels such as money or goods carried across borders rose by 3% to a record high of $32.21 billion from $31.29 billion in 2017.  Cash remittances coursed through banks, on the other hand, rose by 3.1% to $28.94 billion, from $28.06 billion in 2017.

The Philippines, together with Algeria, Guatemala and Madagascar, championed the resolution that declared 16 June as the International Day on Family Remittances, adopted by the Seventy-Second General Assembly on 12 June 2018. END