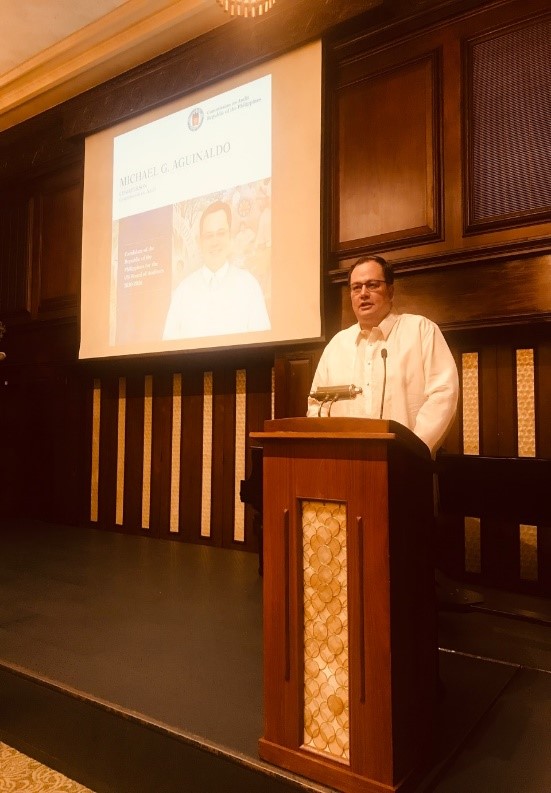 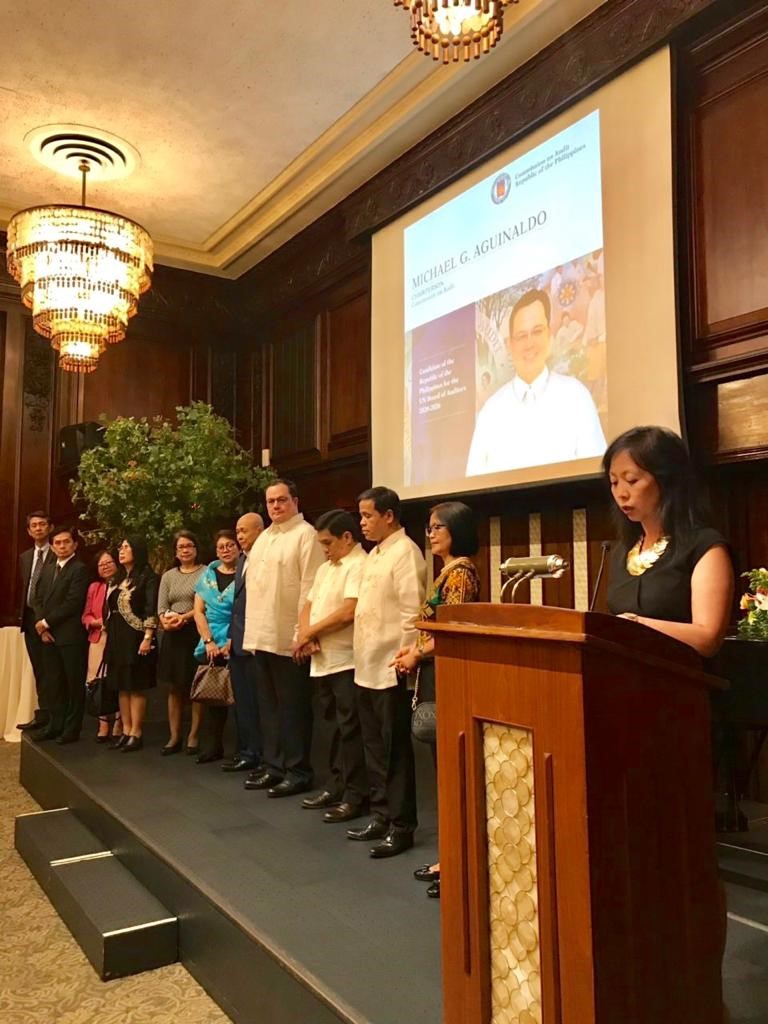 Currently, Germany, Chile and India comprise the Board membership. The Philippines hopes to secure the seat to be vacated by India when it ends its term in June 2020.

“During these years of service, COA has earned for itself a distinguished track record, expertise and competence, and more importantly, a unique insight and understanding of the needs and priorities of the organization,” Ambassador Azucena said.

Ambassador Azucena introduced the person behind the institution’s leadership, Chairman Michael Aguinaldo, who has 25 years of experience as a law practitioner, a government official and a law professor. She said that Mr. Aguinaldo intends to steer the COA’s work in the UNBOA, guided by transparency and accountability and to advocate for dialogue to ensure the independence and integrity of the Board, among others.

In his presentation, Chairman Aguinaldo underscored the wide-ranging experience and competencies the organization has built through its people and a pool of around 200 UN auditors, of which 80% are women, who are ready, willing and able to provide the service needed. This expertise has driven them to forge ahead and to seek to secure a seat in the UNBOA to make a significant contribution to the strengthening of an important foundation of the United Nations governance.

Chairman Aguinaldo added that while external audit, by its very nature, is a cornerstone of good governance through the oversight role that it plays, it should not be viewed exclusively as such. Its audit engagements with the various UN agencies have made auditing more insightful and significant, especially at a period when the call for accountability and good governance is crucial to the survival of the United Nations as an organization. He said that COA has deemed it timely that audits are delivered in accordance with the UN’s operating objectives, especially in the light of current UN reforms and the achievement of the Sustainable Development Goals.-END. 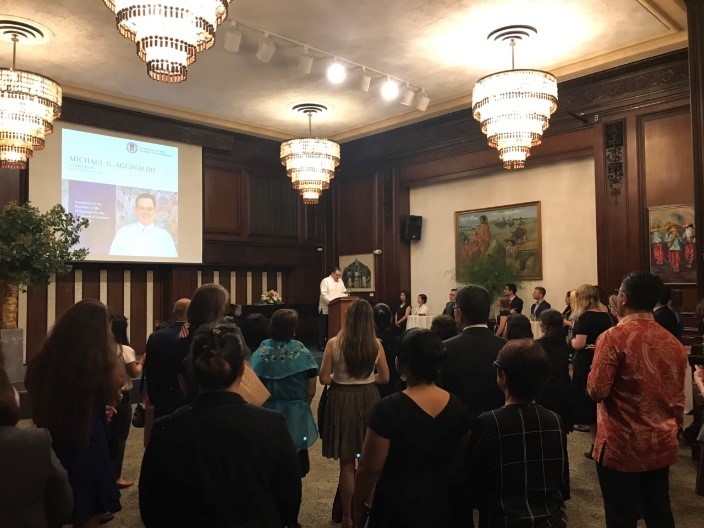 Diplomats from various Permanent Missions to the United Nations listen to the presentation of COA Chair Aguinaldo.