PH joins commemoration of World Day against Trafficking in Persons 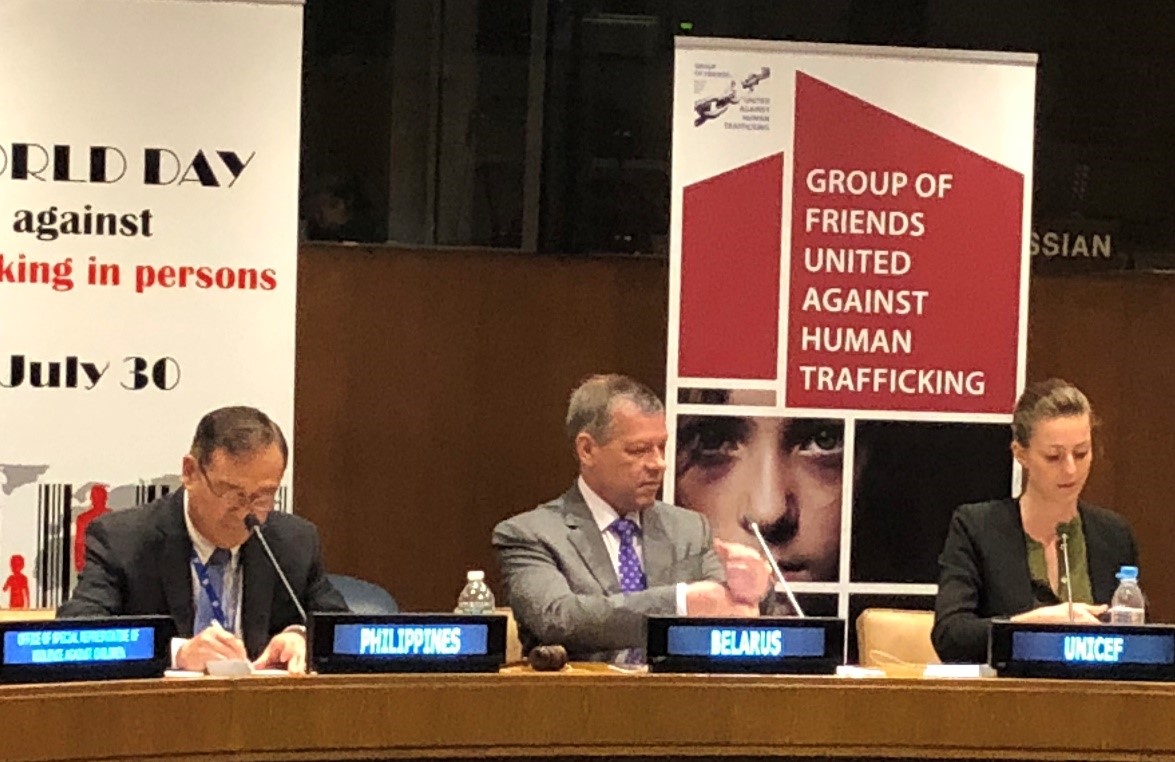 Permanent Representative Teodoro L. Locsin, Jr. acts as Panelist in the discussions to stop trafficking in children and young people

As panelist, H.E. Teodoro L. Locsin, Jr., Philippine Permanent Representative to the UN, delivered a powerful statement confronting the very root of the sex trade – male instinct for sexual violation. He averred that the roots of human trafficking for sex are not historical, social, economic, cultural phenomena or any other generality. It is male hunger for helpless women and girls that they can abuse. In order to tackle the problem, an important step to take is to turn over the leadership and direction of anti-trafficking efforts to the women. And to fully eradicate the problem, it is necessary to get the traffickers by any means efficient.

A child trafficking survivor, Ms. Rani Hong, also spoke in the event, informing the participants that she was stolen from her family at the age of seven and sold to a trafficking syndicate in India. She got free and was reunited with her family after 21 years. She founded Rani’s Voice, an advocacy organization dedicated to being the voice of the victims. She partners with governments and other civil society organizations to promote awareness on the issue of trafficking and to help marshal efforts to combat this scourge.

UN Secretary-General Antonio Guterres sent a written statement, highlighting the UN’s commitment to advance action to bring the traffickers to justice while protecting and supporting their victims.

Mr. Yury Fedotov, Director-General of the UN Office of Drugs and Crime, gave a video message encouraging all UN Member States to strengthen partnerships and continue to seek solutions to address the growing problem of trafficking in children.

Other panelists include H.E. Valentin Rybakov, Permanent Representative of Belarus to the UN, Ms. Saskia Blume, Policy Specialist at UNICEF, Ms. Anette Lyth, Special Assistant from the Office of the UNSG Special Representative on Violence against Children, and Mr. Che Sidanius, Global Head of Financial Crime and Industry Affairs at Thomson Reuters. - END