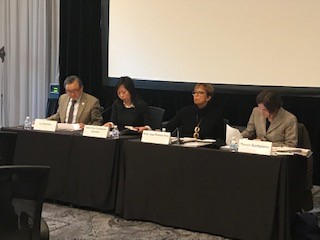 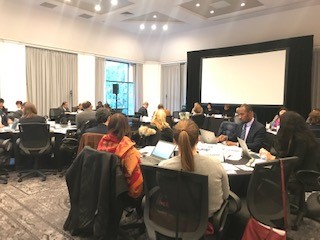 New York, 11 January 2019. In its capacity as Vice President of the UN Economic and Social Council (ECOSOC), the Philippines chaired discussions on how to strengthen the support of the UN Development System to Member States to achieve the 2030 Agenda for Sustainable Development at the ECOSOC Annual Retreat last January 11.

The retreat was attended by about 70 participants representing Member States, the UN functional commissions and ECOSOC’s subsidiary bodies.

Recalling mandates provided by the General Assembly, specifically on the Quadrennial Comprehensive Policy Review (QCPR) process (resolution 71/243), the repositioning of the UN development system (resolution 72/279), and the strengthening of the Economic and Social Council (resolution 72/305), Charge d’Affaires a.i.  and Deputy Permanent Representative Ms. Kira Danganan-Azucena steered the discussions by underlining that the overall objective of the session is to identify ways to better align the governance of the UN development system (UNDS) at the ECOSOC operational activities segment, including on how individual governing bodies of the system’s funds, programmes and specialized agencies follow up on Member States guidance at the GA and ECOSOC.

Ambassador Azucena further stated that ECOSOC’s Operational Activities Segment (OAS) is the principal forum for member-states to review the support that the UNDS provides to programme countries. The 2019 ECOSOC operational activities segment has special significance as it will review the implementation of UNDS’ repositioning and will include assessing progress on new mandates such as, among others, the implementation of the reinvigorated resident coordinator system; the outcome of the 2018-19 funding dialogue on the Funding Compact; and options, on a region-by-region basis, for longer-term reprofiling and restructuring of the regional assets of the United Nations.

Feedback gathered from the session indicated interest from Member-states to ensure active participation of, and interactive discussions with, the resident coordinators at the OAS to provide insights on developments on the ground with regard to the UNDS. Collective accountability, provision of adequate funding and management of expectations were also identified as key approaches to facilitate the successful conduct of the OAS.

The Philippines will chair the 2019 ECOSOC operational activities for development segment to be held at the UN headquarters in New York from 21-23 May 2019.