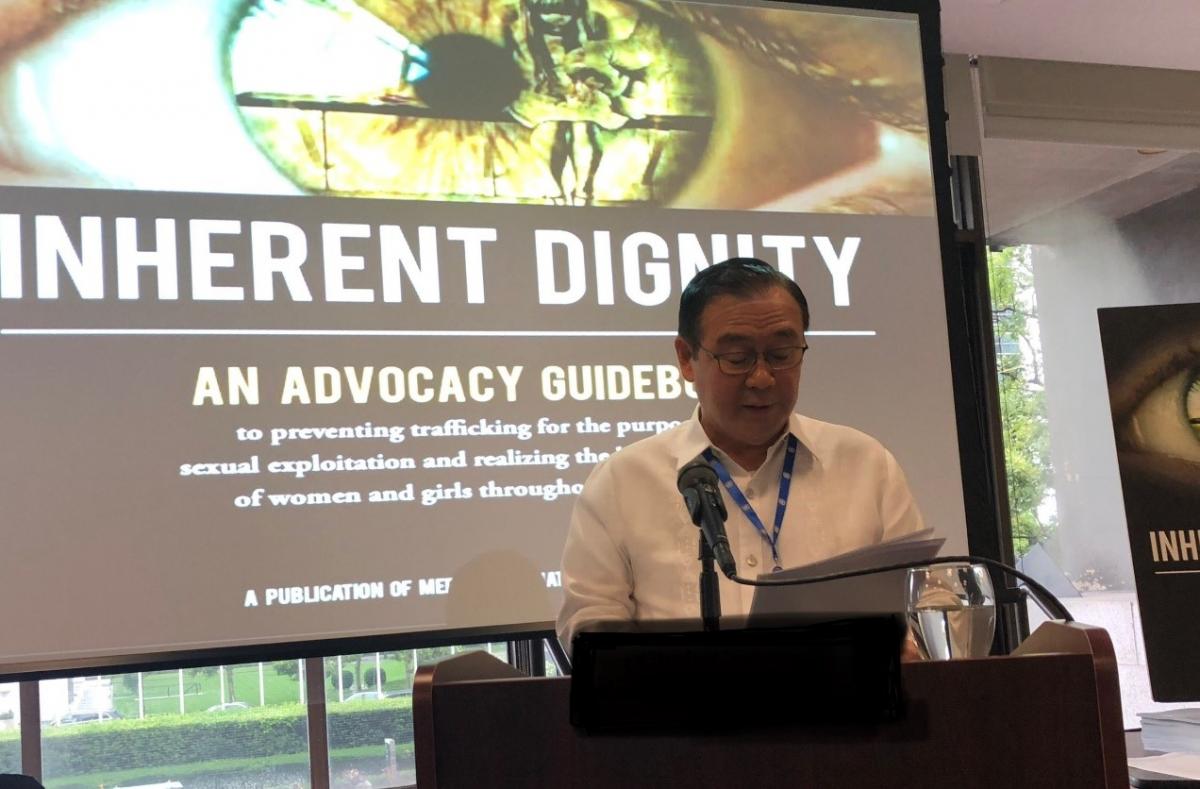 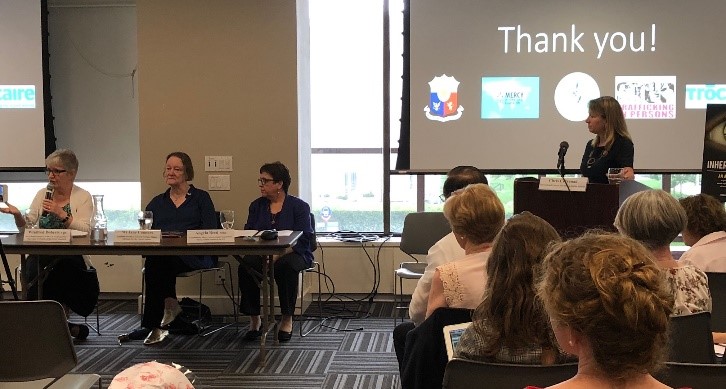 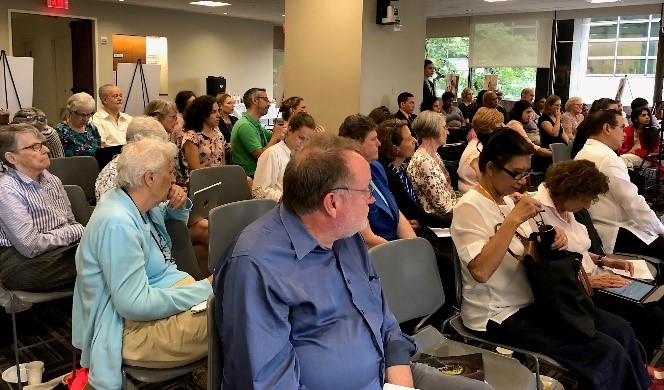 23 July 2018, New York – The Philippine Mission to the United Nations in New York co-sponsored the launching of Inherent Dignity: An Advocacy Guidebook to preventing trafficking for the purpose of sexual exploitation and to realising the human rights of women and girls throughout their lives. The book is a publication of Mercy International Association, a non-governmental organization granted special consultative status by the UN.

H.E. Teodoro L. Locsin Jr., Philippine Permanent Representative to the UN delivered the opening remarks, stating that few crimes are more heinous than the crime of trafficking sex. He noted that people shudder at the thought of slavery, but sex trafficking is worse than slavery. A trafficking victim not only loses her liberty and her choices; she has also been robbed of her sense of humanity with regard to herself and her abusers.

Amb. Locsin shared the policies, programs, efforts and achievements of the Philippines with regard to sex trafficking. He mentioned the whole-of-society approach that the Philippines had employed, getting all relevant agencies of the government, NGOs, civil society, Filipino communities abroad, and even informal groups to join the fight to eliminate trafficking. The Philippines has achieved a level of success such that it was given Tier 1 ranking in the US Trafficking in Person Report for three (3) consecutive years since 2016.

The advocacy guidebook illustrates how sex trafficking is a human rights violation and a form of violence against women and girls. The aim of the guidebook is to assist advocates and local actors to incorporate a robust human rights approach into their work as they collaborate with governments, NGOs and groups to prevent trafficking. It contains the story of a trafficking survivor from the Philippines.

The panelists for the launching include Ms. Jane Connors, Assistant Secretary-General, Victim’s Rights Advocate, Sr. Winifred Doherty, NGO Representative to the UN from the Congregation of Our Lady of Charity of the Good Shepherd, and Sr. Angela Reed, Secondary Author and Coordinator at Mercy International Association. They all shared their experiences working with trafficking survivors in various parts of the world. Ms. Chris Cervenak, International Lawyer and Human Rights Activist, served as the host and moderator of the event.  - END