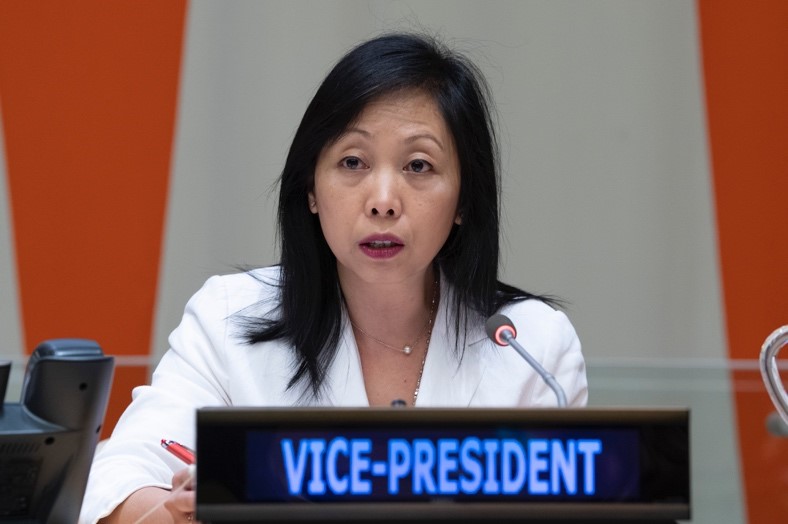 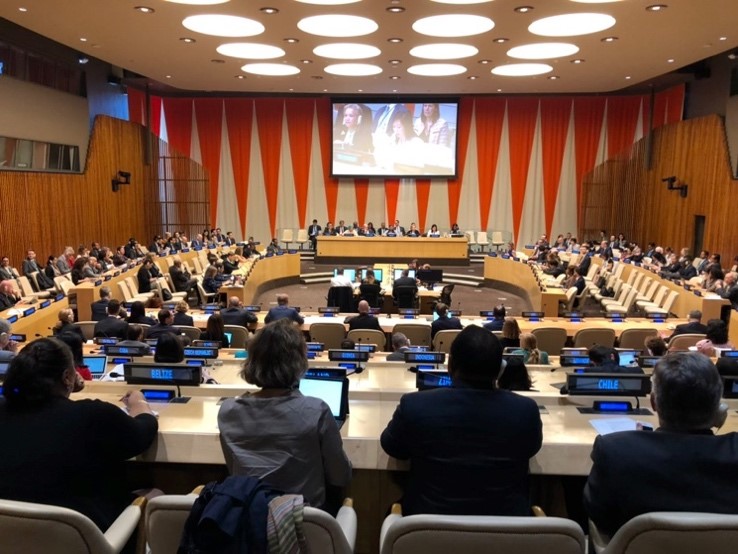 CDA Azucena, as Vice President of ECOSOC, opens the 2019 ECOSOC Operational Activities for Development Segment, held on 21 May to 23 May 2019 at ECOSOC Chamber, UN Headquarters, New York

H.E. Ms. Kira Christianne D. Azucena, Charge d’affaires,a.i. and Economic and Social Council (ECOSOC) Vice President, in her capacity as Chair of the 2019 ECOSOC Operational Activities for Development Segment (OAS), urged Member States and the UN system to deliver a key responsibility of the ECOSOC, that of an effective review and accountability platform for the UN development system.

Speaking at the opening of the OAS, CDA Azucena recalled that “pursuant to the General Assembly Resolution 723/305, adopted on 23 July 2018, the ECOSOC OAS is a platform to ensure accountability for, and acceleration of, system-wide performance and results in relation to the 2030 Agenda and provide guidance to and overall coordination of the United Nations Development System. ” She further emphasized that this function of ECOSOC is critical in supporting the General Assembly in its work, and shaping the future of the UN development system in a manner that meets the expectation of Member States.

This year’s OAS is the first opportunity for Member States to weigh in on the work done thus far in repositioning the UN Development System to better support the implementation of the 2030 Agenda.

As mandated by UN General Assembly resolutions 71/243 and 72/79, the OAS includes dedicated sessions on system-wide implementation of the resolution on the Quadrennial Comprehensive Policy review (QCPR); implementation of the reinvigorated resident coordinator system; options, on a region by region basis, for longer-term reprofiling and restructuring of the regional assets of the UN; the Development Coordination Office (DCO), and funding compact.

This year’s OAS heard from the Resident Coordinators sharing how change is taking root on the ground and a frank assessment of the challenges they are facing, and where they need further support. This includes changes in the funding architecture, incentives on the ground, internal communications, two-way information sharing between the RCs and host Governments and a clearer definition of the RCs’ role in relation to regional actors.

The Executive Heads also shared that they are updating policies and guidance to align the entity they lead with the various strands of the reform, and how they engage in the UNSDG’s work on new instruments and ways of working together.

CDA Azucena underscored that Member States require a strong evidence and information base and continuous intensive consultations to take informed decisions related to several elements of the repositioning.

“The enthusiasm that has characterized your deliberations over the past three days demonstrates the importance you attach to the successful implementation of the resolutions on the QCPR and on the repositioning of the UN development system. Your deliberations will inform the continued efforts as we move forward on the ambitious undertakings aimed at making the System better equipped to support the implementation of the 2030 Agenda,” she said.

The outcome of OAS 2019 will be a Chair’s Summary which will feed to the ECOSOC Resolution on the implementation of the Quadrennial Comprehensive Policy Review (QCPR) and the processes leading to 2020 QCPR  Resolution of the General Assembly. END