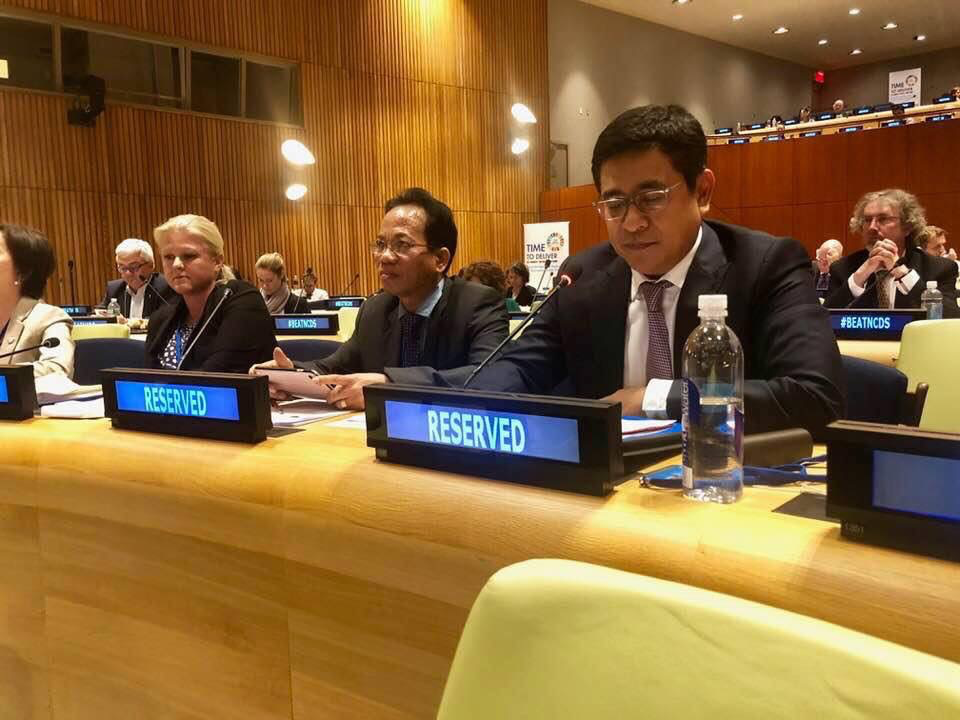 New York, 05 July 2018 - Deputy Speaker Ferdinand Hernandez highlighted the need for balance among Member states national fiscal, economic and public health priorities at the panel on “Political Leadership and Accountability” during the Interactive Hearing as part of the preparatory process toward the third High-Level Meeting on NCDs in September 2018. 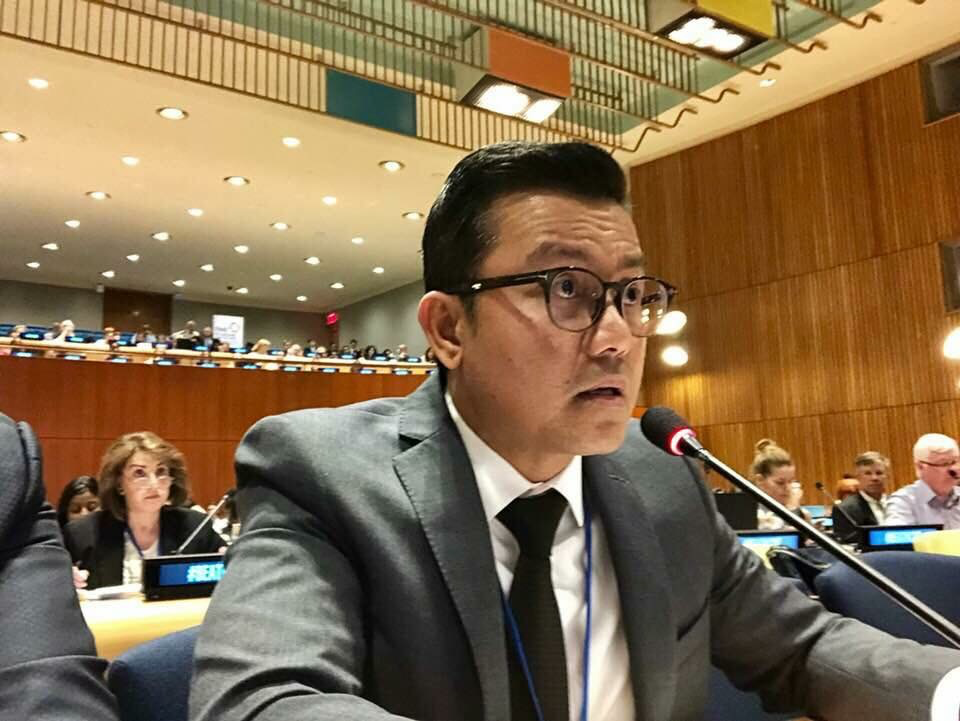 New York, 05 July 2018 – Congressman Alfredo Garbin Jr. stressed the need for a whole of society approach in addressing NCDs at the panel on “Scaling up action for the prevention and control of non-communicable diseases” during the Interactive Hearing as part of the preparatory process toward the third High-Level Meeting on NCDs in September 2018.

New York, 05 July 2018 – Congressman Anthony Bravo highlights the role of the private sector in finding less harmful alternatives to NCDs-contributing products at the panel on “Promotion of multisectoral partnerships for the prevention and control of non-communicable diseases” during the Interactive Hearing as part of the preparatory process toward the third High-Level Meeting on NCDs in September 2018.

05 July 2018, New York – While the Philippine government has enacted important initiatives to prevent and control non-communicable diseases (NCDs), the lack of affordable healthier alternatives and challenges in fiscal and regulatory matters are feeding the high demand for NCD-contributing products.

This was the message of Deputy Speaker Ferdinand L. Hernandez, Congressman Anthony M. Bravo and Congressman Alfredo A. Garbin Jr. in their interventions made at the interactive civil society hearing on prevention and control of NCDs held on 05 July 2018 in the United Nations Headquarters in New York.

In his statement, Congressman Garbin highlighted the Philippines’ efforts to prevent and control NCDs, specifically the enactment of national legislation on increasing taxes on alcohol and tobacco products to fund universal health care for the poor; on regulating the packaging, use, sale, distribution and advertisements of tobacco products and prohibiting their sale to minors; and on imposing higher taxes on sweetened beverages.

The Congressman stressed the need for a whole of society approach, and the need to work together with all stakeholders in addressing NCDs.

“It’s high time that we call on the alcohol, food, tobacco, and sweetened beverage industries to share in the responsibility of addressing NCDs by coming up with far less harmful alternatives,” Congressman Garbin said.

On the issue of multi-sectoral partnerships, Congressman Bravo acknowledged the wide presence of NCDs-contributing products in the Philippine market since their healthier alternatives are expensive for most Filipinos. He noted that while the government tried to discourage the use and consumption of NCDs-contributing products by imposing higher taxes and stricter regulations, the demand remains high due to lack of affordable alternatives.

Congressman Bravo said, “If we can enlist the private sector to devote its huge resources to finding less harmful alternatives, these efforts should be encouraged as the benefits will redound to the good of the people.”

Deputy Speaker Hernandez, on the other hand, shared the Philippine experience on the negative impact in imposing stricter fiscal and regulatory measures on NCDs-contributing products. He stated that excessive taxation only encouraged the proliferation of illicit products by providing cheaper and untaxed alternatives that are more detrimental to consumers and to the economy. Deputy Speaker Hernandez stressed that Member States have their own priorities on the fiscal, economic and public health fronts.

“A balance between global commitments and the exercise of national sovereignty must be maintained and respected,” Deputy Speaker Hernandez emphasized.  “After all, it is the livelihoods of the very poor whom we seek to protect that is involved in sweeping solutions like banning products they themselves produce.”