Ambassador Lagdameo: In its 40 years, “UNCLOS is a landmark achievement of multilateralism” 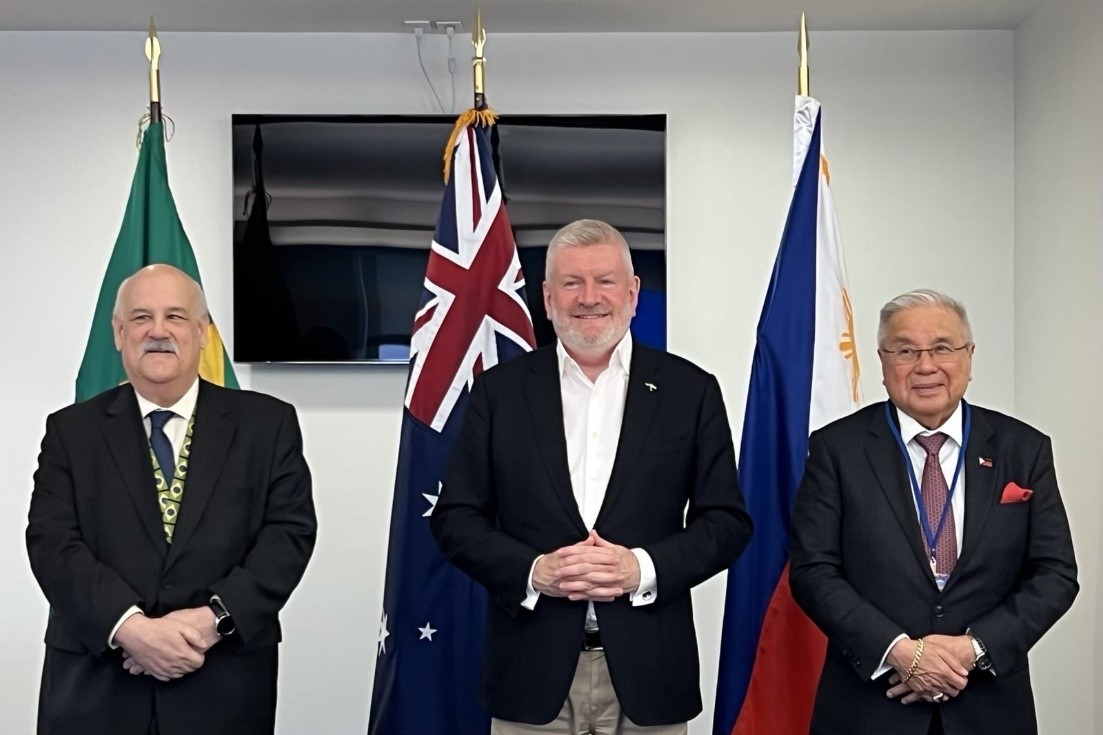 The dialogue aimed to celebrate the contribution of UNCLOS to the maritime domain and discuss how the treaty will continue to provide the comprehensive legal framework for maritime activities into the future. The United Nations Chief Legal Counsel, Under-Secretary-General Miguel de Serpa Soares headlined the event.

Ambassador Ronaldo Costa Filho, in his opening remarks, stated that protecting and preserving such a relevant international regime as UNCLOS is a key step for effective international governance of the oceans. He stressed the need to future-proof the agreement, or ensuring that it remains relevant and implementable, in light of the boom of marine technologies in the four decades since its adoption.

“The evolution of circumstances in light of a relatively steady regime is what brings us to our starting point: have UNCLOS and its bodies been successful so far in its “future-proofing” tests with regard to emerging technologies? How was the issue addressed back during its negotiations and what are the implications from that approach today? And what can be done to improve UNCLOS’ implementation with regard to technology?” Ambassador Filho asked, setting the premise for the dialogue.

The panelists, composed of Professor Natalie Klein and Dr Camille Goodman of Australia, Professor Wagner Menezes of Brazil, and the DFA’s Assistant Secretary Maria Angela Ponce shared their views on the topic in relation to developments in fisheries, maritime automated vehicles, deep seabed mining, and other maritime activities. Assistant Secretary Ponce highlighted that technology has been a critical factor in the evolution of the deep seabed mining regime. She discussed the capacity-building programs of the International Seabed Authority and prospects for deep seabed mining.

Ambassador Lagdameo, in his closing remarks, said, “The discussion underscores that UNCLOS remains the comprehensive legal framework for maritime activities. While comprehensive, it is, at the same time, sufficiently flexible to accommodate developments and future maritime activities. We can build on the UNCLOS – without undermining it – to take account of evolving technologies.”

“As we commemorate the 40th year of the adoption of Convention, I also take this opportunity to highlight the Manila Declaration on the Peaceful Settlement of International Disputes, which also marks its 40th year of adoption this month, and within the UNCLOS framework for the settlement of disputes, which the Philippines has resorted to,” Ambassador Lagdameo added.

“As stated by Philippine President Ferdinand Marcos Jr. before the General Assembly, “By shepherding the Manila Declaration of 1982, we helped affirm that differences should only be resolved through peaceful means. By reinforcing the predictability and stability of international law, particularly the 1982 United Nations Convention on the Law of the Sea, we provided an example of how states should resolve their differences: through reason and through right,” he recalled.

“We celebrate the Convention as a landmark achievement of multilateralism, reflecting the careful balance of rights and obligations of states, negotiated in the spirit of compromise, in the common pursuit of the peaceful and sustainable use of the world’s oceans. We celebrate its visionary drafters who had the foresight to build into the Convention the necessary flexibility that underpins its continued success and relevance, now and in the future,” Ambassador Lagdameo concluded.

The United Nations Convention on the Law of the Sea was opened for signature at Montego Bay, Jamaica, on 10 December 1982. It entered into force on 14 November 1994 and is presently binding for 167 States, as well as the European Union. UNCLOS is considered the “constitution of the oceans” and represents the result of ‘an unprecedented effort at codification and progressive development of international law.’ The Philippines ratified UNCLOS on May 8, 1984, two years after signing the treaty at its adoption. END